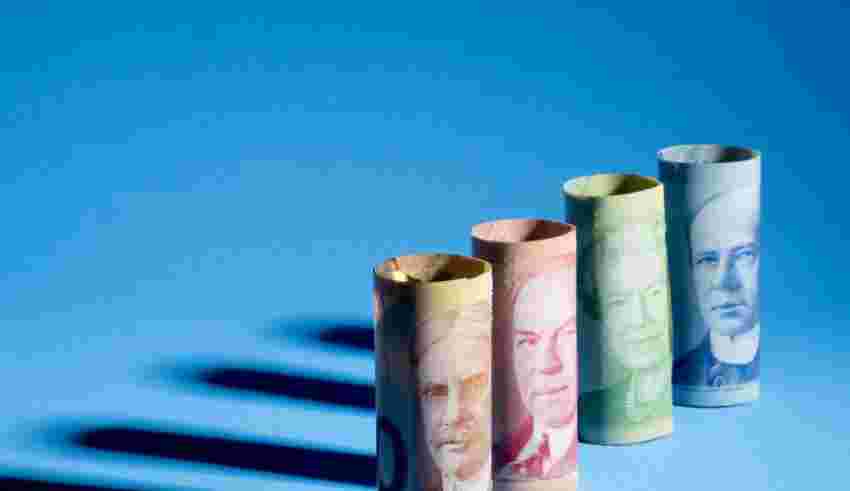 Canada’s 100 highest-paid chief executives earned record compensation in 2021, according to a new report released Tuesday, as the economy roared back from COVID-19 restrictions and companies brought in windfall profits.

The top 100 CEOs by pay earned an annual average of $14.3 million, breaking the previous record of $11.8 million set in 2018, the Canadian Centre for Policy Alternatives (CCPA) said in its yearly report on executive compensation, which examines the pay packets of the highest-paid CEOs, whose members can change on a year-to-year basis.

The think-tank’s report said Canadian corporate income has also ballooned, pointing out the ratio of after-tax profits to gross domestic product hit 18 per cent in the first two quarters of 2021, “an all-time high.” The ratio hovered around 15 per cent for the two decades before the pandemic.

“Because profits (were) at record highs, bonuses were at record highs,” David Macdonald, a senior economist at CCPA and author of the report, said. “From a public-policy perspective, it can be certainly corrosive when the economy does well, and it’s only CEOs that do well … compared to the average worker.”

The ratio of CEO compensation to average worker pay also increased from 2020. The average private-sector worker — the CCPA does not track the pay of workers employed by the top 100 CEOs — earned $58,800 in 2021, so the CEO cohort made 243 times that figure, which broke the record of 227 set in 2018.

“The reason for the growing disparity between CEO pay and average workers is driven by variable compensation, or performance-based pay, although most people would just call it bonuses,” the report said.

Base salary as a portion of the overall compensation package declined to eight per cent in 2021 from 14 per cent during the Great Financial Crisis.

But executives can also receive bonuses based on performance in the form of cash, stock options and shares, and those have been increasing. Bonuses made up 83 per cent of the top 100 CEOs’ total compensation in 2021, up from less than 70 per cent in 2008.

“It seems to be going up every year. It seems like a great target to raise money for … much needed public services,” Macdonald said of government taxing these forms of bonus pay.

Just three women made it into the top 100 in 2021. The highest paid was Linda Hasenfratz, chief executive of Linamar Corp., a Guelph, Ont.-based manufacturing company, who earned more than $15.3 million. That was good enough for No. 25 overall.

Ann Fandozzi, chief executive of Ritchie Bros Auctioneers Inc., a heavy-equipment auction company based in Bolton, Ont., is No. 40 on the list, having earned about $13 million.