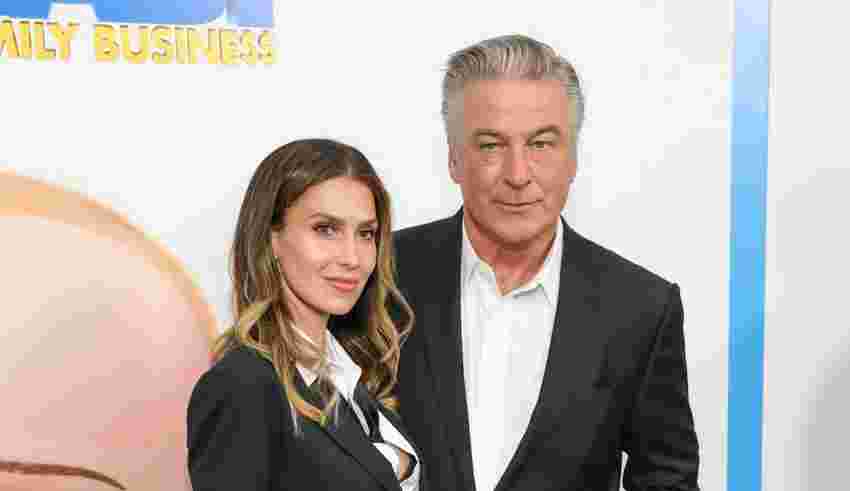 Hilaria Baldwin sat down exclusively with “Extra” and opened up about how Alec Baldwin and their family are doing after the “Rust” shooting and welcoming a new baby.

She also talked about her new podcast and the surrogacy journey.

Speaking about where the family is at in the wake of the “Rust” tragedy and death of cinematographer Halyna Hutchins, Hilaria said, “We’re not okay. We can’t be okay. No one is okay. It was, and is, a tragedy that nobody could ever have imagined.”

She went on, ”I mean, the loss of her. Halyna, her son, a little son, her family, her co-workers, the people who loved her, her fans. I mean, she was an incredible, incredible woman in so many different ways.”

Opening up about Alec, she said, “I worry about him… I mean, can you imagine? Nobody can. There was so much confusion to understand what had happened.”

Baldwin shared, “When you go through something hard, you know not every day is going to be the same. You have moments in the day that are very hard. Nights are hard, nightmares are hard. So I’m just there, and I say, ‘I’m here and I’m going to take care of you,’ and I said that from the moment we realized what had happened.”

One of the toughest things for Alec and Hilaria was telling their two oldest children Carmen and Rafa what happened.

“There is no way that you can explain this because it is awful. It’s awful!” she said. “I thought I was going to do this without Alec and he said, ‘No, I can’t be a coward. I have to be there…’ And then when I tell them… Carmen started saying to me, ‘Why are you telling me this?…She said, ‘I want to un-know this.’ She used the word ‘un-know,’ and Alec said, ‘I want to un-know it, too,’ I think everyone wants to un-know it… because it’s real.”

We can remember her, continuing her legacy for her, for her family and we can take care of everybody who’s still here who is extraordinarily damaged by this awful tragedy. That’s all that we can do, but we can’t un-know it.”

Through the heartache of the past year, the couple has had happy times, too, like welcoming their seventh child. Hilaria introduced “Extra” to her beautiful 2-month-old baby girl, Ilaria Catalina Irena, named after her mommy.

The family is adjusting to having another baby in the house, so are they done having children?

Hilaria is making things happen on her new iHeart radio podcast ‘Witches Anonymous,’ talking about her surrogacy journey with baby Marilú.  “It actually was a very beautiful thing. And when the news came out, I mean, I knew it was going to be controversial… Things in people’s personal life should not be controversial.”

She said she now knows there is no difference welcoming a child via surrogacy, “It feels exactly the same to watch Edu, Marilú together. And they are twins in their core.”

Hilaria is also taking on one of her battle cries with her podcast, to stop the bullying on social media.

She shared, “Understanding we are so much more similar than we are different and if we get together and we communicate we don’t have to be on extreme sides.”

The star said her friends are the ones that have been there for her and that helped inspire her podcast.

“During those hard moments, I had my amazing girlfriends and amazing women and my family come around me, lift me up, dry my tears, hug me …it saved my life because I was so dark… I’m somebody that, like many other people with a larger platform, I get a lot of online harassment and bullying.”

She added, “I have four daughters, and I don’t want them to grow up like this. I want them to feel free and to feel like their girlfriends are there… So we’re doing our very best on ‘Witches Anonymous.’”