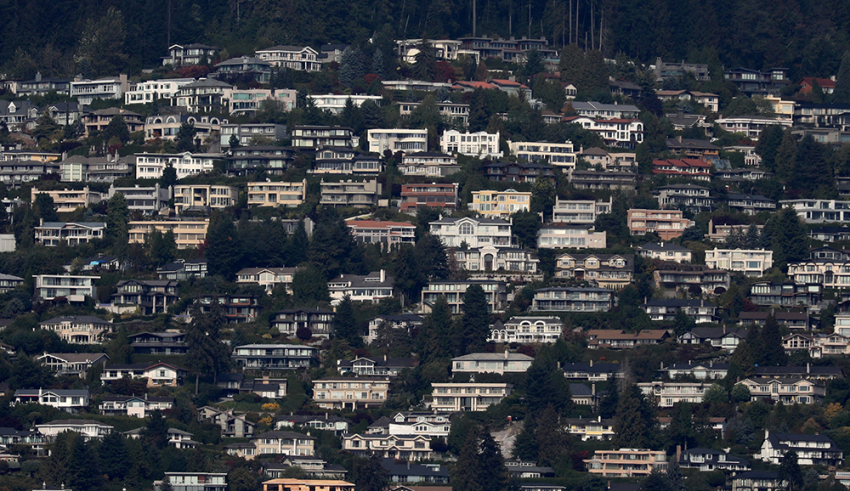 The Canadian real estate market’s worst days may be over, according to the latest results from the Teranet-National Bank Composite Home Price Index.

The index, which tracks repeat sales of single-family homes, fell 0.8 per cent month over month in October on an unadjusted basis. It was the fourth-consecutive decline, but still well short of the 3.1 per cent drop in September and 2.8 per cent decrease in August, the two largest monthly drops recorded by the index since it began in 1999.

Prices fell in nine of the 11 cities included in the composite index. The largest declines were recorded in Halifax (4.7 per cent), Hamilton (2.8 per cent) and Winnipeg (2.4 per cent). In the Toronto and Vancouver hotspots, prices were down 0.91 per cent and 0.12 per cent, respectively.

But Calgary and Edmonton continued to run against the tide, with prices rising 1.8 per cent and two per cent, respectively.

Overall, the composite index has fallen 7.72 per cent from its peak in May.

Among cities not included in the composite index, the largest monthly declines were posted in Belleville, Ont. (6.6 per cent), Brantford, Ont. (6.5 per cent), St. Catharines, Ont. (4.9 per cent) and Abbotsford-Mission, B.C. (3.3 per cent).

“Notable increases” in prices occurred in Peterborough, Ont., where prices rose 5.6 per cent in October after falling 11.7 per cent in September, Saint John, N.B., (3.4 per cent) and Lethbridge, Alta., (2.3 per cent).

Christopher Alexander, president of Re/Max Canada, said he is hearing that the worst for the housing market might be over.

“From the street level, people are confident we are coming out of the trough,” he told the Financial Post’s Larysa Harapyn, though he noted in his opinion it is “still really early to tell.”

Year-over-year prices are still climbing in all 11 cities in Teranet’s composite index, collectively up 4.9 per cent in October from the same time last year. But it was “the sixth consecutive month of lower growth than the previous month,” the company said.

Calgary led the pack with a 16.2 per cent increase, followed by Quebec City at 8.6 per cent and Montreal at 8.4 per cent.

House prices rose in 16 of the other 20 cities not included in the composite index. The biggest gainers were Trois-Rivières, Que. at 31.1 per cent and Saint John at 21 per cent.