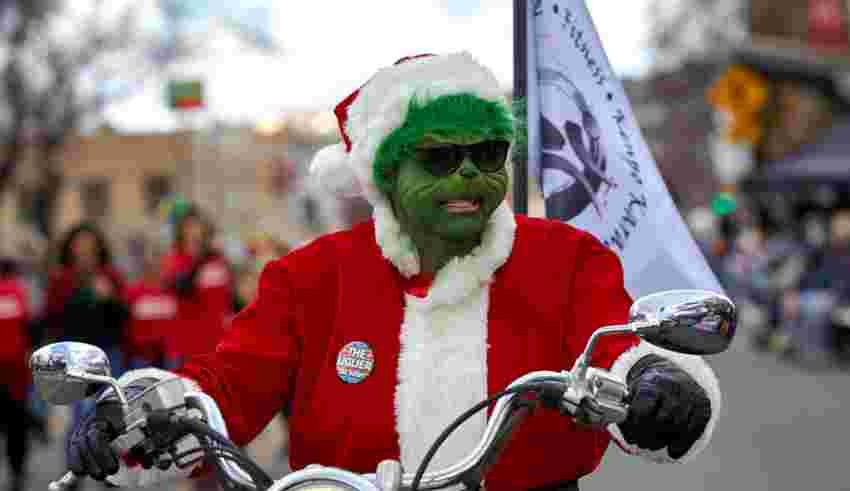 PORTSMOUTH, OH – Come on folks. We all know boss Barack Obama is running the country and Joe Biden is the loony lackey. And for the second year in a row, Americans are facing financial fallout from Grinch Bibama’s economic disasters during Thanksgiving and Christmas. Bidenflation has been wrapped in a shiny package by the gaslighting autocrats in the West Wing.

Let’s have some holiday humor. Sing along with the famous song “You’re a Mean One, Mr. Grinch” by Dr Seuss on YouTube. Insert the name Bibama Grinch instead of Mr. Grinch. And enjoy.

While there is a giant stuffed turkey (bumbling Biden) in the White House, many tables in the homes of citizens may be serving an alternative meat source.

FinanceBuzz collected turkey prices from U.S. grocery stores to find the average cost of a Thanksgiving turkey in each state.

Mississippians can expect to pay just $26.35 on average for their Thanksgiving turkey, which is the lowest rate in the nation.

However, MarketWatch is telling a different story: “If you’re planning on buying a Christmas tree this year, start thinking about it now — and maybe put some money aside. Supply-chain disruptions and global inflation have affected the supply and prices of Christmas trees this year, both artificial and real ones, industry experts said.”

According to Fox News, MGA Entertainment, WowWee and Sky Castle Toys are releasing smaller, budget-friendly items ahead of Christmas shopping rush. The smaller, more affordable toys include miniature Bratz dolls, small Little Tikes and LOL Sweet Minis made with partnerships from companies like Hershey’s and Pez.

On Christmas Eve should Americans set the alarm, cap the chimney, bolt the door, and stand guard in case Bibama Grinch shows up with the FBI and DOJ for a holiday raid?

Or will a Christmas miracle manifest? Bibama Grinch’s heart is transformed and socialism is no longer the gift that keeps on giving. Freedom-loving citizens take back the U.S. Constitution along with Freedom of Speech and Freedom of the Press without being cancelled, censored, arrested, and jailed. Common sense is restored and Woke culture takes a sleigh ride to the landfill.

Another Christmas wish: President Donald Trump is reinstated and the radical Democrats confess their dirty deeds and the 2020 stolen election – now that would be a miracle!

Nevertheless, like the courageous citizens of Whoville, let us stand together with gratitude to God for our blessings of faith, family, and freedom. And pray that God will bless America – again.

Bibama Grinch can steal Christmas via inflation and recession, but he will never steal our joy in Jesus.