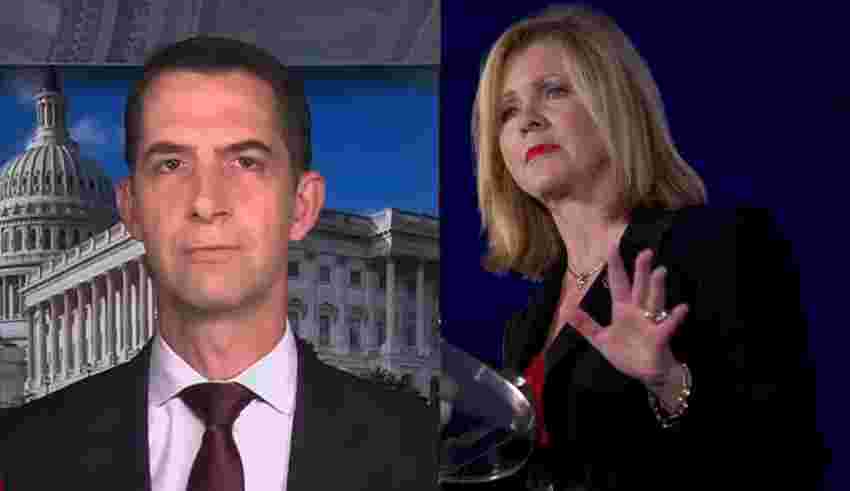 NEW YORK, NY – One of the first issues Republicans need to tackle now and not wait for 2024, is the need to rebuild American deterrence and respect for the American people. There is nothing worse for a nation than to project weakness because it creates a domino effect that impacts everything from trade to foreign relations. When Donald Trump was president, not every world leader liked the man, but they respected the office. Today, the president is liked, but he has brought much disrespect to the office. This must change.

According to Cotton, Biden’s disastrous August 2021 military evacuation from Afghanistan and “weak-kneed appeasement” emboldened Russian President Vladimir Putin and led to his decision to invade Ukraine. When asked about the Biden administration’s catastrophic withdrawal, Putin responded by saying, “naturally, this will primarily affect the attitude towards the US of those countries that consider the US their ally.” Putin’s response demonstrates that Biden directly ruined America’s relationship with its allies, seeding foreign mistrust in America’s ability to protect them.

Cotton admonishes Biden for allowing Putin to “steamroll the most powerful nation and alliance on earth” and blames Russia’s war in Ukraine as “the result of Biden’s appeasement and weakness.” Because of this, Cotton warned, “Our enemies around the world will engage in similar acts of aggression against America’s interests. As China looks to Taiwan, they will take note of what happens in Ukraine—as will the Iranians as they move closer to a nuclear weapon.”

Others have also voiced their displeasure with Biden and his doctrine of appeasement, which weakens America at home and abroad. US Senator Joni Ernst has called on the Biden administration to “shift from a posture of appeasement to imposing maximum pressure; rapid change is necessary for continued American security and credibility.”

Both the Obama and Biden administrations have worked hard to appease Iran on the nuclear front, out of a desire to avoid confrontation at all costs. Now, Iran is directly contributing to Russia’s war effort in Ukraine with weaponry including ballistic missiles and kamikaze drones. Iran’s development of these disruptive weapons technologies – which took place while negotiating with the United States – further demonstrates the Biden administration’s complete lack of concern for American deterrence. This places the American people in danger as nations like Iran and Russia – as well as China and North Korea – become more confident in confronting the American government and turn their backs on the world’s most powerful nation.

The Hudson Institute’s Michael Doran and Can Kasapoğlu note in the Wall Street Journal that while Iran has targeted Americans in the Middle East with missile attacks through its Houthi proxy in Yemen, “the Biden administration didn’t respond to these attacks,” instead erasing Iran’s role and the American target because it was intent on returning to the Iran nuclear deal.

According to Doran and Kasapoğlu, Biden’s restraint has convinced Ayatollah Ali Khamenei that he possesses more military might not only against America’s allies but against America itself. “If the Americans won’t even defend themselves from Iranian attacks, is it any wonder that their allies are hedging toward China and Russia?” they ask. As Iran kills its own citizens protesting in the streets and as it runs circles around the White House, the Biden administration clearly “has forgotten the most elementary lessons of classic deterrence.”

Biden’s three-hour meeting with Chinese President Xi Jinping at the G20 summit in Indonesia on Nov. 14 was seen by many as an attempt to lower the flames of tension between the two countries, but by doing so, it may have cost America in terms of signaling and deterrence.

Cotton tweeted, “Joe Biden has again failed to address or even acknowledge China’s Cold War against the United States. His naive return to a policy of appeasement will hurt the United States, endanger Taiwan, and further embolden Xi Jinping.”

What is needed today is a strong American foreign policy that sees America projecting its strength and deterrence so that Russia, China, North Korea, and Iran recognize that America means business. Republicans must call on the Biden administration to cease its policy of appeasement. The American response to aggression by these nations must be forceful and determined.

To remain the world’s most powerful nation and prevent these rogue nations from taking over the world, or another country as Russia is attempting to do, America must move away from a policy of appeasement and instead adopt a policy of deterrence and strength.