Home Business Hurricane Ian to Strengthen as It Churns Through Caribbean 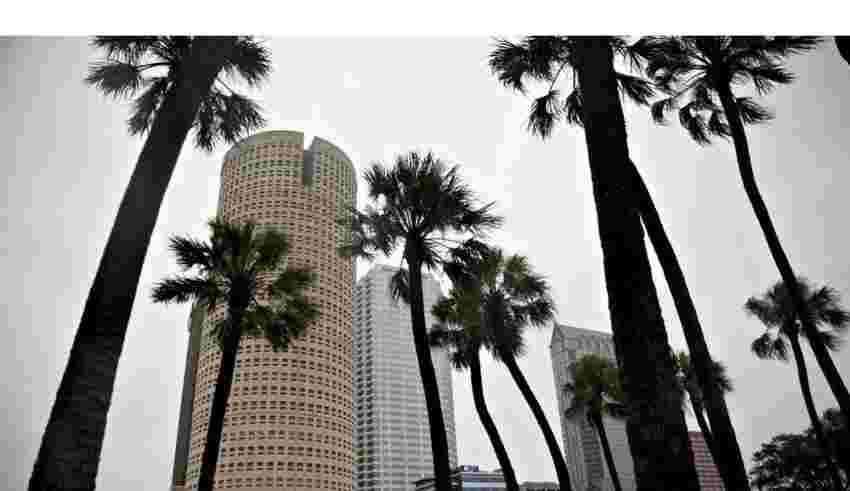 (Bloomberg) — Hurricane Ian is expected to build power as it nears western Cuba later Monday and menace Florida’s west coast, where a close call could be as bad as a direct hit.

Ian was about 275 miles (442 kilometers) southeast of the western tip of Cuba, the US National Hurricane Center said in an advisory at 8 a.m. New York time. The storm had maximum sustained winds of 75 miles per hour and is expected to rapidly intensify as it moves north. A hurricane watch is in effect along Florida’s west coast, including Tampa Bay, and hurricane warnings have been issued for Grand Cayman and parts of Cuba.

“Ian is forecast to become a major hurricane tonight when it is near western Cuba,” Brad Reinhart, a hurricane specialist at the center, wrote in his outlook.

Ian is the second destructive hurricane to rip across the Atlantic in less than a week, following Hurricane Fiona. Fiona struck Atlantic Canada over the weekend, causing extensive damage, power outages and flooding across Nova Scotia and Prince Edward Island.

Ian’s center is set to pass near the Cayman Islands Monday and then overnight near western Cuba, where the storm surge could raise water levels by as much as 14 feet (4 meters) above normal, the hurricane center said. Rains could produce flash flooding and mudslides in parts of Cuba.

The hurricane will likely move west of the Florida Keys late Tuesday and approach the state’s west coast Wednesday. Some tornadoes are possible late Monday and Tuesday across the Florida Keys and into the southern part of the state. Heavy rain is expected to hit the north, including parts of the Florida Panhandle toward the weekend.

“It is going to be a very dangerous storm,” said Paul Walker, a meteorologist with commercial forecaster AccuWeather Inc.

This will likely be the first major storm to hit the US this year. AccuWeather expects Ian will make landfall Friday on the Panhandle and ride up the western coast. Hurricanes spin counterclockwise in the Northern Hemisphere, so in Ian’s case its strongest side would be pointed directly at the Florida coastline.

The path of the storm could cause travel delays, with some airlines warning that flights could be canceled as the system moves across the Gulf of Mexico into the southern US.

The storm could cause $25 billion to $50 billion in damage to the Tampa-St. Petersburg area, said Chuck Watson, a disaster modeler with Enki Research.

A near miss could be worse than a direct strike, Watson said. If the hurricane’s eye wall were to graze Tampa Bay it would send more storm surge into the waterway than if Ian came into the city directly. A near miss could cause water to rise by about 20 feet in the Tampa Bay, bringing widespread flooding and driving economic losses and damage higher.

President Joe Biden approved an emergency declaration for Florida on Saturday, freeing federal disaster aid to the state. He also postponed a scheduled trip on Tuesday to the state that included a Democratic National Committee rally in Orlando. Governor Ron DeSantis declared a state of emergency across Florida and warned residents to prepare.

Forecasters are also watching a second system that has a 70% chance of becoming the Atlantic’s next storm later Monday.

(Updates throughout with latest advisory)