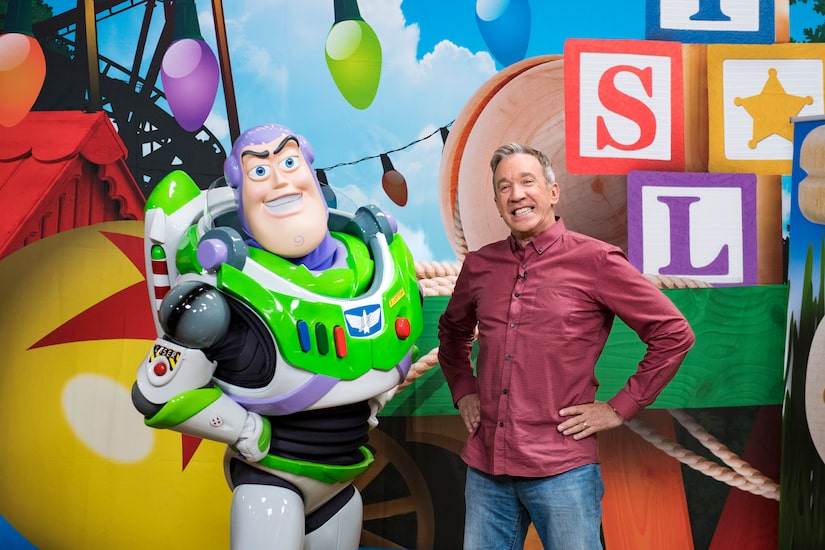 Tim Allen is back as Santa Claus in the all-new Disney+ series “The Santa Clauses”!

“Extra’s” Katie Krause was at D23 this weekend, where she caught up with Allen and his daughter Elizabeth Allen-Dick, who co-stars in the series. Tim also talked about his other two iconic characters: Tim Taylor from “Home Improvement” and “Toy Story’s” Buzz Lightyear.

Asking about “Home Improvement,” Katie wondered if Allen keeps in touch with Jonathan Taylor Thomas, and if the cast would be open to bringing the show back. Tim said, “I talk to the people on ‘Home Improvement’ all the time. All of us say the same thing. This is a question that always goes back up to Disney — they keep playing around with the idea and it’s up to them… We would revisit that in a heartbeat.”

And he would do more “Toy Story”!

Referencing the prequel “Lightyear,” on which he was replaced by Chris Evans, Tim said, “Regardless of the connection that they had between this current project, Buzz Lightyear still is theme-park Buzz Lightyear, four movies, and the whole thing is based on a relationship with Buzz Lightyear and a cowboy named Woody. It’s a manifestation of the relationship I have with my dear friend Tom Hanks, and I… without that connection, definitely, I am still Buzz Lightyear.”

“When I am in the full regalia and the velvet suit… The set, even anybody that knows me, gets really quiet… You become that… Santa is here. It’s worth it for about five hours on set.”

As for Elizabeth playing his daughter on the series, Tim said, “It was not my intent nor my wife’s intent to get her into acting.”

Turns out she auditioned for the role like everyone else, with Tim asserting, “She earned it.”

Elizabeth, 13, said, “It did not feel like it was work. My character, she’s not a lot like me, but she has some characteristics that were easier to play. I had fun on set, I had fun off set… It was an incredible experience.”