Home News “If Russia Crosses This Line, There Will Be Catastrophic Consequences” – The Published Reporter® 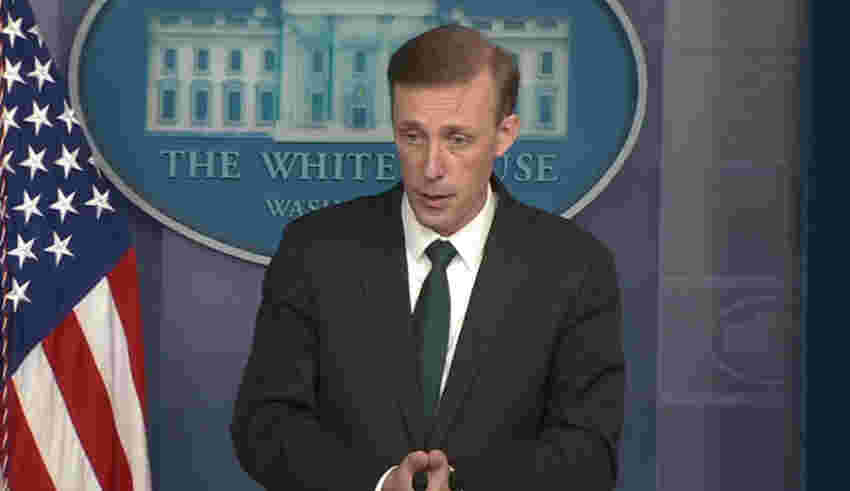 WASHINGTON, D.C. – Following statements issued by Russian President Vladimir Putin and several of his top officials pertaining to the potential use of their nuclear arsenal in response to perceived threats to the country, the White House sent a grave warning to the Kremlin on Sunday to carefully consider their next steps on the global stage.

During an interview with NBC’s “Meet the Press,” White House national security adviser Jake Sullivan stated that the wrong move by Russia in regards to nuclear weapons could spell disaster for them.

“Let me say it plainly: If Russia crosses this line, there will be catastrophic consequences for Russia,” Sullivan said.

Last week, amid his country’s ongoing invasion of Ukraine, Putin instituted an extremely unpopular draft to bolster his military forces and issued a threat to his adversaries that any attempt to intimidate Russia with nuclear deterrents will be met in kind.

“This is not a bluff,” Putin said. “And those who try to blackmail us with nuclear weapons should know that the weathervane can turn and point towards them.”

Former Russian President Dmitry Medvedev went one step further last week, blatantly stating that Russia would indeed use their nuclear weapons if their borders were threatened.

During Sunday’s interview, Sullivan noted that if Russia was foolhardy enough to use nuclear weapons, the United States will issue a response, although he did not explain what that response would be, saying he would rather deal directly with Russian high command instead.

“The United States will respond decisively,” Sullivan said. “Now, in private channels, we have spelled out in greater detail exactly what that would mean, but we want to be able to have the credibility of speaking directly to senior leadership in Russia and laying out for them what the consequences would be without getting into a rhetorical tit for tat publicly.”

Last Wednesday, during a speech at the United Nations General Assembly in New York, President Joe Biden declared that Russia was making “overt nuclear threats against Europe.”