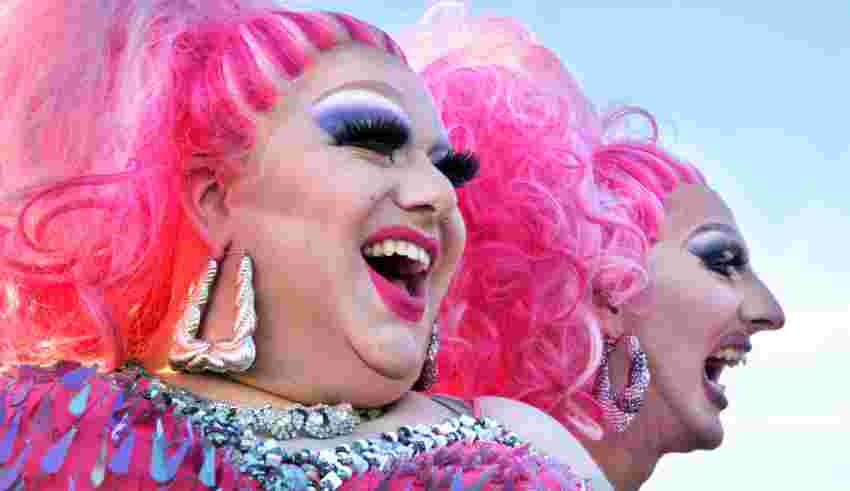 PORTSMOUTH, OH – Despite insistence from transgender activists that people can choose their sex, 60 percent of Americans believe sex is determined by biology, a 2022 Pew Research poll shows.

The other 40 percent, living in a fictional fantasy la-la-land, probably still believe in Santa Claus, Easter Bunny, and Tooth Fairy. Hard science does not support transgenderism – no way, no how, nay. No transgender gene.

In 2022, 60 percent said a person’s gender is determined by their biological sex at birth, up from 56 percent in 2021 and 54 percent in 2017. Hmmm. More and more people are following the truth of science and common sense. God created two sexes: male and female – that’s truth.

And 46 percent favor making it illegal for health care professionals to provide someone younger than 18 with medical care for a gender transition (31 percent oppose). So, 31 percent believe in puberty blockers and mutilation for healthy adolescents. What kind of a society cuts off health breasts and genitals? A sick society.

According to a recent article by journalist Jo Yurcaba for the Out Politics and Policy section at NBC News “More than 100 bills targeting LGBTQ rights and queer life — from transgender health care to drag shows — have been filed in 22 states for 2023 so far, leading advocates to expect this year will set a new record for anti-LGBTQ legislation.”

Instead of the phrase ‘anti-LGBTQ’ legislation – it needs to be ‘pro-protection of minors’ legislation.

Bring out the cookies and punch – that’s heartening news for activists, like myself, that work to defend and protect children from adult perverts, predators, and pedophiles.

But first, let’s explore a falsehood. Legislation is not targeting lesbians, gays, bisexuals, or queers. That’s radical rhetoric used by members of the transgender cult movement to pump up their propaganda.

Legislation is addressing the “T” in LGBTQ. And it’s aim is adult biological males (heterosexual, homosexual, bisexual, transsexual) that perform explicit sexual movements and dances in the presence of children at bars, strip clubs, or shows. These men just happen to be dressed as woman. And they label themselves as drag queens.

I have the utmost respect for the members of Gays Against Groomers. “The overwhelming majority of gay people are against what the community has transformed into, and we do not accept the political movement pushing their agenda in our name.” They oppose “ the sexualization and indoctrination of children. This includes drag queen story hours, drag shows involving children, the transitioning and medicalization of minors, and gender theory being taught in the classroom.”

I have the utmost respect for my gay friends and gay colleagues.

Men wearing outlandish outfits, whacky wigs, and caked on makeup as a ruse to acts like fools to indoctrinate and groom children at public libraries and schools will continue to bring protests and more legislation. Furthermore, kids don’t belong at DQ brunch or DQ Bingo.

Don’t believe me – just go watch the plethora of proof on video clips from Libs of TikTok and other activists or read my myriad columns, but be forewarned – the sexualization of children will turn and churn your stomach acid.

Have advocates of DQs entertaining children ever watched these video clips? And if so, and they continue to support men shaking their genitals and bare butts while reading or singing to kids – then they are para predators. Rational, reasonable, and caring adults protect children from becoming victims of sexualization.

Legislation is aimed at protecting minors from their bodies being sliced and diced by surgeons at pediatric gender clinics. No child is born in the wrong body.

“So far, Texas has taken the lead with 36 such bills, according to Equality Texas, a statewide LGBTQ advocacy group. Missouri is next with 26, then North Dakota with eight and Oklahoma with six,” notes Yurcaba.

Republican lawmakers in Oklahoma seeks to ban gender-affirming care for patients under age 26 and block it from being covered under the state’s Medicaid program.

In South Carolina and Kansas, legislators have pre-filed bans on gender-affirming care for anyone under age 21.

Among Democrats younger than 30, about seven-in-ten (72 percent) say someone can be a man or a woman even if that’s different from their biological sex at birth, reports the Pew Research.

Why aren’t the younger generation following the science? Because they are following feelings not facts. And biology is not bigotry. Time for a reality check.

Republicans ages 18 to 29 and those 65 and older say a person’s gender is determined by their sex at birth.

Someone needs to tell NBC News and Jo Yurcaba to follow the science. Why does the mainstream media mob report falsehoods about transgenderism and biological sex?

What can you do?

Contact the representatives in your state (including your governor and attorney general) and verbalize support for pro-protection legislation for children. Share info on social media. No biological males in school female bathrooms, locker rooms, or sports competitions. No purbety blockers or mutilation surgeries allowed for minors.

Contact restaurants that advertise DQ brunches and ask them to restrict ages to 18+.  Attend peaceful protests outside of churches, Bingo halls, and bookstores that advertise “family friendly” for DQ events.

“A systematic and intentional brainwashing has been undertaken upon our children and our society, for the purpose of political and financial gain.” –Maria Keffler, author of “Desist, Detrans, & Detox: Getting Your Child Out Of The Gender Cult”