Home News In 2023, the Tentacles of Phony Drag Queen Transgender Propaganda Plan to Reach Further and Farther – The Published Reporter® 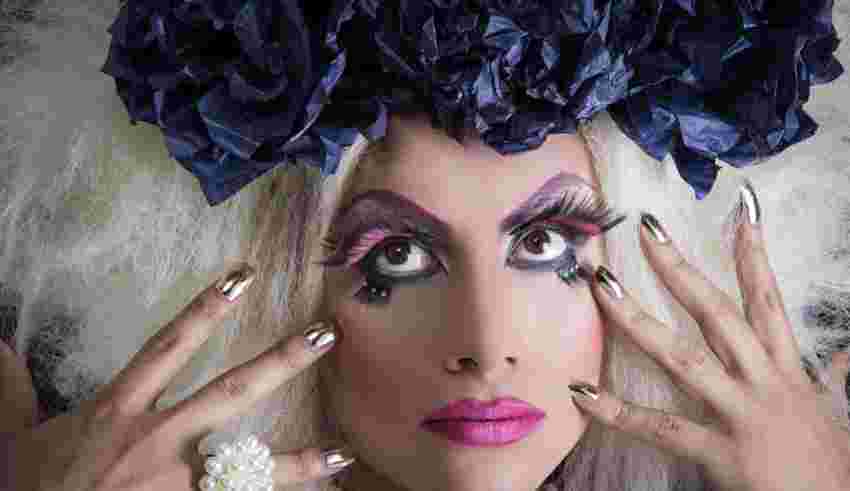 “Most of us hoped to be able to trust. When we were little, we did not yet know the human invention of the lie – not only that of lying with words but that of lying with one’s voice, one’s gesture, one’s eyes, one’s facial expression. How should the child be prepared for this specifically human ingenuity: the lie? Most of us are awakened, some more and some less brutally, to the fact that people often do not mean what they say or say the opposite of what they mean. And not only “people,” but the very people we trusted most – our parents, teachers, leaders.” –Erich Fromm

PORTSMOUTH, OH – Journalist Valerie Richardson at The Washington Times penned a 2023 article “Drag queen story hours for children grow across the U.S. So does the backlash.”

Richardson highlights the future plans of drag queen ideology (aka indoctrination) via the words of Jonathan Hamilt, executive director of the national nonprofit Drag Story Hour.

What is Drag Story Hour (DQSH)?

“Drag Story Hour (DSH) was created by Michelle Tea and RADAR Productions, under the leadership of Julián Delgado Lopera and Virgie Tovar, in San Francisco in 2015. It started out as drag queens reading stories to children in libraries and grew into a global phenomenon! DSH now offers literary and creative programming for kids and teens of all ages led by drag queens, kings, and all other royal beings!”

That a description from the DQSH website: “We’re expanding,” Mr. Hamilt said. “We work with kids with autism and other special needs. We do bilingual readings. We work with senior citizens. We work with middle schoolers and high schoolers. We speak at lots of universities and conferences in higher education. We have a lot of diverse programming we do all throughout our community. It’s not just reading storybooks to children,” reports Richardson.

That’s scary. The tentacles of a false theory based on beliefs and feelings instead of hard science is reaching further and farther. A human cannot wave a magic wand and become the opposite sex – no way and no how.

Any sane and sensible adult can use their critical thinking skills and come to the conclusion that these books for kids are nothing more than propaganda programming – a brainwashing tactic. Children do not need to learn about gender fluidity because it’s not reality. No child is born on the wrong body.

The brain and body are not different entities.  If the brain says you are in the wrong body – it’s a brain issue – not a body issue. If the body says you have the wrong brain – will you get another brain? Of course not. Don’t tell kids to alienate and reject their own bodies – that is mentally unhealthy. Tell kids scientific facts and reality. Gender ideology is a nonscience theory – a fictional fairytale.

As I’ve said many times – the transgender cult movement of DQs is a well-oiled and organized propaganda machine that is disguised as a vehicle to promote diversity and fun. The backers with the bucks bankroll gender ideology as they reach around the world with fictional rhetoric. Follow the motivation and money trail. It’s a political hoax to deconstruct the reality of male and female; destroy the family unit; and advance a socialist-Marxist agenda with the squashing of the U.S. Constitution, the Bill of Rights, and freedom in our land of liberty.

Richardson notes, “Mr. Hamilt has been involved almost since the beginning. In 2016, he became the first drag queen to host a children’s story hour at a bookstore in New York City. He was inspired by the San Francisco reading, held at a library in the city’s predominantly gay Castro District.”

Children and society are going to continue to be indoctrinated with a nonscience-based theory of mythical proportions. Science says there are only two sexes: male and female. Read books on biology, anatomy, physiology, chemistry – changing from a biological male to a female is not possible and changing from a biological female to a male is not possible.

“Drag Queen Story Hour Isn’t Going Anywhere — But It’s Getting Serious About Safety,” a 2022 article in the rabid rag called Rolling Stone proclaims. “Jonathan Hamilt, executive director of the national nonprofit Drag Queen Story Hour, says attacks on drag culture are just the flavor of the moment when it comes to the right wing’s anti-LGBTQ goals. “It’s transphobia and homophobia when you’re hating on drag culture, because it’s part of our community,” he says.

So, anyone that disagrees with nonscience-based transgenderism is against drag culture and therefore is a person of phobias. Uh-huh. That sounds a lot like pot logic.

Opponents that carry biological truth will continue to be labeled as transphobic haters, bigots, and right-wing fascists. Of course, the transgender cult uses fearmongering tactics by using the flaming phrase “rise of hate and violence targeting LGBTQ+ communities.” The tyrants connect the opposition to transgenderism to include LGBTO – and that’s absolutely false. But, it’s a well-used techniques by deceptive dictatorships.

You can deny that God created male and female – God knows the truth and the Bible tells God’s truth. Biology tells the truth as well.

Why in the world would rational adults believe in the fallacy of transgenderism?

The following are some of the actions I have taken to speak out and protect children:

Please note: The message needs to delivered with peaceful purpose, respect, factual information, listed resources, and cited studies. I send links to my op-ed columns as well. Most of my emails are only sent one time unless it’s government officials. I do not use a distribution list to bombard individuals – that’s not cool.

Folks, I am listing the following sources, resources, articles, books, and so forth to show you there’s a multitude of sensible citizens fighting back to defend children from harmful gender ideology and drag queen sexualization. And we will keep fighting to protect children.

Also, included is a drag queen propaganda timeline (2015 to present) by using articles and other info.

Proponents, Defenders, and Protectors of Children:

Walsh: “Drag Kid” Pretends to Do Ketamine on a Couch With Drag Queen.

Walsh: Serious question: why do drag queens always dress like either the evil step mother in a Disney film or a character from Nightmare Before Christmas? Is this what they think women look like? Have they ever seen a woman in real life?

Rufo: “The drag queen might appear as a comic figure, but he carries an utterly serious message: the deconstruction of sex, the reconstruction of child sexuality and the subversion of middle-class family life,” Christipher Rufo said in an autumn 2022 City Journal article, “The Real Story Behind Drag Queen Story Hour.”

Who Are the Puppet Masters Behind the Trans Agenda? – Trevor Loudon Interview.

“An eleven-year-old drag performer is slated to headline a “drag queen story time brunch” in Oregon this Sunday, pimped out on-stage by a convicted child sex predator. What began as a push for “acceptance” is now an all-out assault on our children. But the big question is: who’s behind this agenda, and what is their end game?” Liberation Road, Freedom Road Socialist Organization, and Maoists.

“The drag queen Lil Miss Hot Mess came out, wearing a white sequined tunic dress and matching heels, bright-pink tights, and a curly auburn wig…Can everyone say, ‘When I grow up, I want to be a drag queen’?” As Lil Miss Hot Mess was packing up to leave she said, “I don’t have kids, but I’m a sperm donor…I personally don’t want them, but I like having them in my life.”

This is not a LGBTQ issue at all – this is an issue to save, protect, and defend kids from deceptive indoctrination, grooming, and sexualization from radical and nonscience-based transgenderism by perverted men disguised in female clothing.

Adult drag queens (DQs) entertaining adults in adult places – none of my business.

However, there is a separate group – the child predatory mob that call themselves drag queens in order to gain access to groom and sexualize children at libraries, schools, brunches, parks, festivals, and pride parades.

“Woe to those who call evil good and good evil, who put darkness for light and light for darkness, who put bitter for sweet and sweet for bitter!” (Isaiah 5:20, ESV)