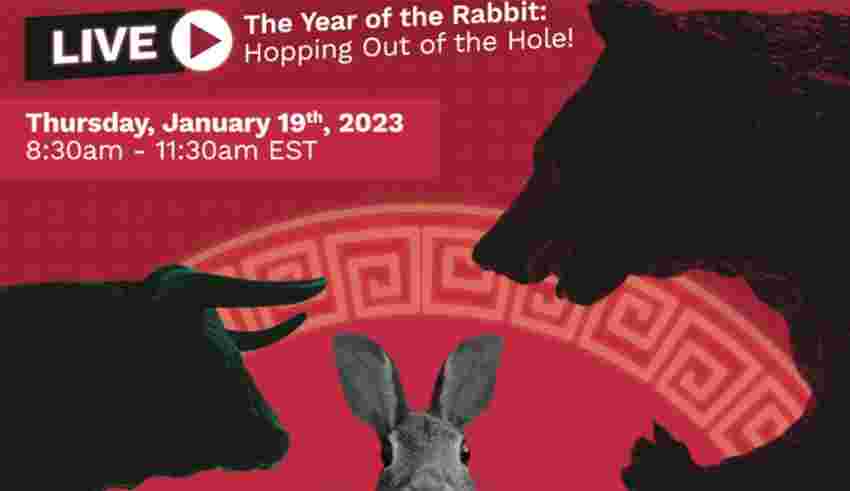 David Rosenberg takes his Breakfast with Dave on the road today with a live event in Toronto hosted by Rosenberg Research in partnership with the Financial Post. The Year of the Rabbit: Hopping out of the Hole! takes an in-depth look into the global financial markets and the economic outlook for 2023.

We’ll bring you the highlights below.

Inflation to vanish in 2023

“The inflation dragon has been slain” says David Rosenberg and relief to rising prices is on the horizon.

The cause of inflation, disrupted supply chains, is fading and demand is softening.

Rosenberg says he has received some flack for maintaining that inflation is transitory, a term central banks have abandoned.

A good part of the year will be rough but once inflation goes down the long-term outlook is pretty positive, he said.

The inflation story might be dead, Rosenberg says, but there’s one thing keeping inflation high in the United States at the moment: rents.

Rents make up 30 per cent of the consumer price index, and 40 per cent of the core reading. And right now, it’s the second biggest factor pushing inflation higher, behind food. But rents are a lagging indicator, and that’s about to show up in inflation readings after the first quarter.

Rosenberg points to housing supply to make his case. He says housing starts for apartments are booming, and closed out 2022 at an all-time high.

“We’re going to be swamped,” Rosenberg says of rental properties. “The completions this year are going to go through the roof. This is going to be a hugely disinflationary event.”

As a result, rents will come down “significantly, especially in the second half of the year,” he says.

Rosenberg says at some point the Federal Reserve is going to pause its rate hikes and then pivot and cut rates “aggressively.”

“I’ll tell you this perma bear probably will turn bullish in the second half of this year before anybody else does,” he told his audience.

“You heard it here first.”