Facebook-owned Instagram will roll out a new feature that “nudges” teens away from content if they look at it for too long in Canada and other regions.

Instagram first introduced the nudge feature last year, but in a new announcement, Instagram said it would expand the capability to Canada, the U.S., the U.K., Ireland, Australia, and New Zealand.

When teens spend too long looking at posts with a particular theme on Instagram’s ‘Explore’ page, the app will display a prompt to encourage teens to look at different stuff. In an example shared by the company (below), the prompt shows a grid of photos representing other topics. Users can select an item from the grid to view related posts.

Instagram cited an external study that said 58.2 percent of respondents felt “nudges made their social media experience better by helping them become more mindful of their time on-platform.” Moreover, Instagram says its own test of the feature showed a similar trend — in a one-week period, one in five users switched topics after receiving a nudge. 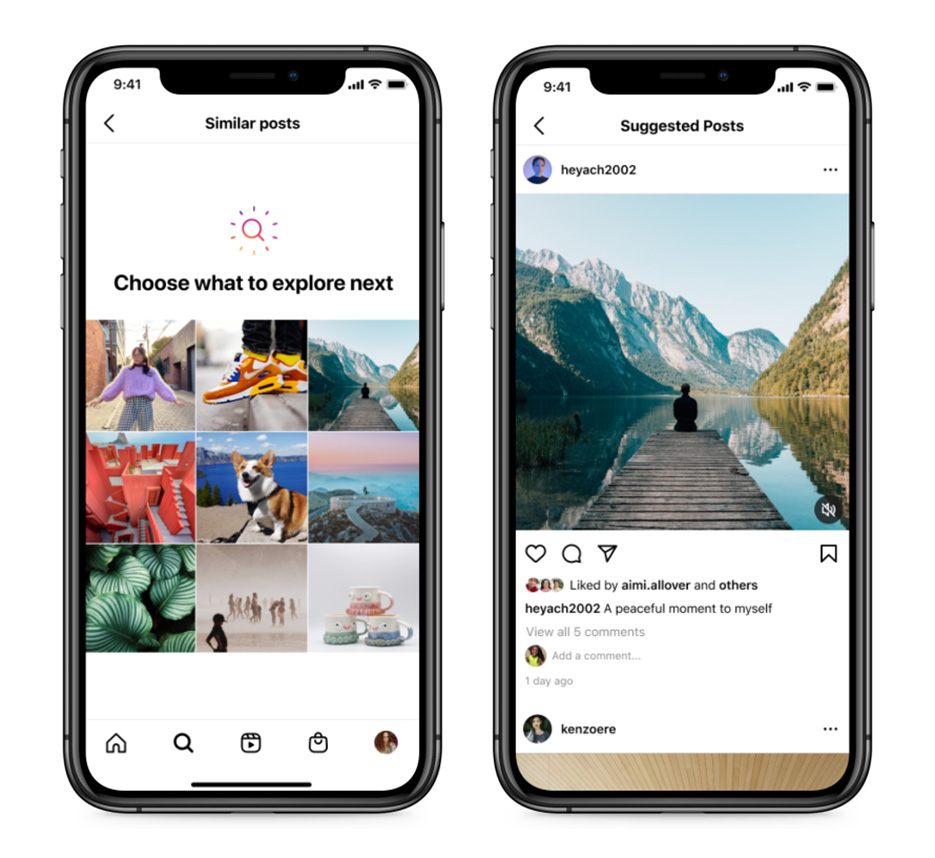 The Verge notes that nudges appear regardless if the topic people scroll through is harmful or not. However, an Instagram spokesperson told the publication that recommended topics exclude “content that may be associated with appearance comparison.”

While the feature sounds like it may be beneficial, it won’t do much to help people reduce their time using Instagram. Instead, the company offers a ‘Take a Break‘ feature that encourages users to close the app if they’ve been using it for a while. Instagram detailed a new change to this that would remind users to turn on Take a Break and will make it work better with the company’s TikTok-clone, Reels.

However, Instagram says “reminders will feature Reels developed by young creators like @foodwithsoy, @abraxaxs and @mayasideas who share their own tips for taking a break and why it’s a good idea to get off social media for a bit.” So, it sounds like Instagram plans to use Reels to tell teens to stop using Reels so much. Cool.

Finally, Instagram will adjust its parental controls feature and allow parents to invite teens to initiate supervision tools. Previously, only teens could send these invitations. Parental supervision features now include the ability to set specific times during the day or week to limit teens’ use of Instagram. Additionally, parents can see more information when teens report an account or post, such as who was reported and the type of report.

You can learn more about these changes here.