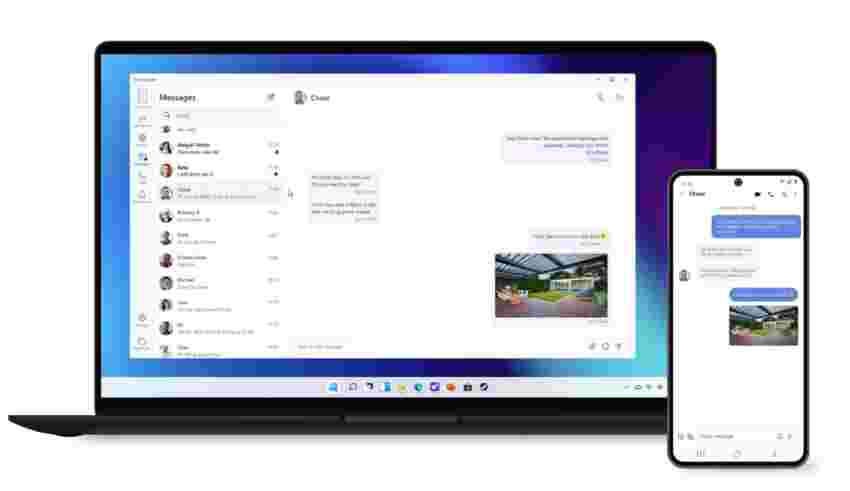 Intel kicked off its two-day Innovation 2022 event in San Jose, California, with a flurry of announcements ranging from new computer chips to new software to connect phones and PCs.

But, what is Unison? In short, it’s software that will make files, messages, notifications, calls and other items on your smartphone available on your PC. Unison will enable people with Intel laptops to send and receive text messages from their phone on their PC, make and receive voice calls, manage notifications, and enable file and photo transfers between PC and phone. Plus, this can all happen wirelessly through various connectivity solutions, including local Wi-Fi, peer-to-peer connection over a network, Bluetooth and Bluetooth Low Energy (LE).

MobileSyrup sat down with Josh Newman, vice president and interim general manager of Mobile Client Platforms at Intel, to chat about Unison.

“The next thing people really want, especially those really advanced laptop users… [is] seamless connection across their devices,” Newman said.

“And so we took it on ourselves to create the right technologies and IPs for that experience. And that’s what led us to the Screenovate acquisition that we announced earlier this year.”

Moreover, Newman said Intel was able to help scale the technology with its Wi-Fi and Bluetooth connectivity stack. He also highlighted that Intel Unison was “architected for openness” and uses open communications APIs and interfaces.

As for starting Evo, Newman described that as a “pragmatic” decision. Intel wanted to keep the focus on a small set of systems and work closely with manufacturers to ensure a quality experience. The company does plans to scale Unison in the future. 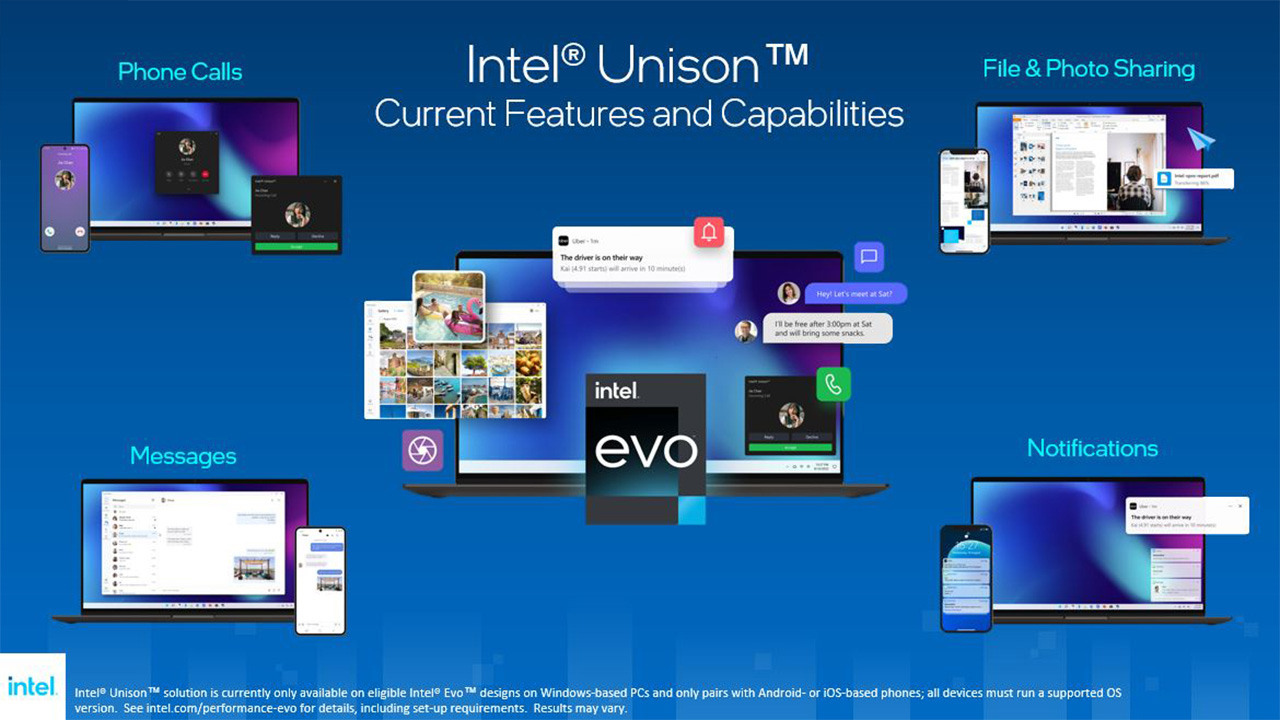 At this point, you might be wondering what’s the point of Unison. After all, there are plenty of smartphone-to-PC solutions out there, such as Microsoft’s ‘Phone Link‘ app, Google’s web-based Messages solution for sending texts from an Android phone using your PC, or Dell’s Mobile Connect app.

“While there are other solutions that do different aspects of this phone-to-PC connection well, most of them have limitations. The biggest one is working with iPhones,” Newman said. “Unison will work with Android or iPhone.”

More than just support for iPhone, Newman emphasized that Unison also stands apart thanks to its deep integration with Intel hardware, such as tuning the power and performance and diving deep into Wi-Fi and Bluetooth drivers to squeeze “every last bit of power efficiency and performance.”

Of course, it remains to be seen how this all stacks up in real-world use. If Unison can deliver a high-performance experience without significantly impacting battery life, that could be a major win for the software. 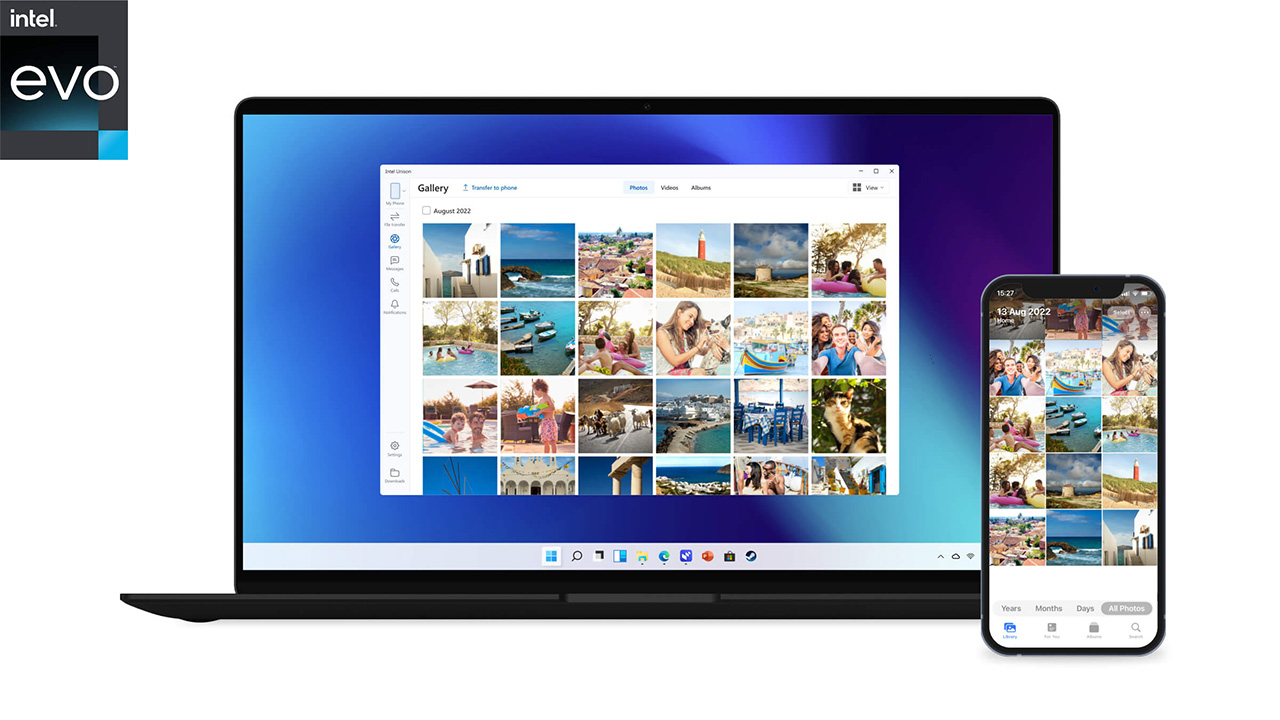 Newman also touched on security and privacy, highlighting Intel’s “security-first mindset” and the company’s work with IT to show them Unison “meets the security grade that they expect.”

When asked about Unison possibly supporting data tethering, Newman said that version one wouldn’t include it but that it was “definitely something that we want to look at.”

Once Unison arrives, people with supported Intel PCs will need to download an application on their smartphone to connect the devices. Newman described the app as “lightweight” and described scanning a QR code to establish the connection between phone and PC.

“And at that point, they just connect. And then every other time it’s connected, you don’t have to go and intervene on the phone and reopen the app or do any settings or anything like that. It’s just at that point they know each other,” Newman said.

Ultimately, Unison seems like it could be an excellent solution for connecting your smartphone and PC. It remains to be seen how well Unison works in practice, but Intel certainly seems excited about it.

“[Unison] will solve real problems for real people doing real things. And that gets me excited,” Newman said.

Designed for men with a trailblazing spirit, Bentley’s Momentum Unbreakable is a new woody…