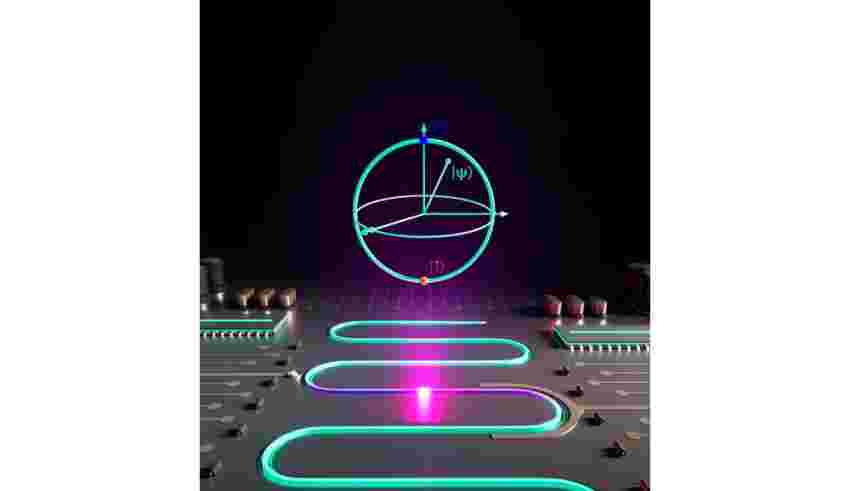 ESPOO, Finland — A group of scientists from IQM Quantum Computers, Aalto University, and VTT Technical Research Centre of Finland have discovered a new superconducting qubit, the unimon, to increase the accuracy of quantum computations. The team has achieved the first quantum logic gates with unimons at 99.9% fidelity — a major milestone on the quest to build commercially useful quantum computers. This pivotal piece of research was just published in the journal Nature Communications.

Of all the different approaches to build useful quantum computers, superconducting qubits are on the lead. However, the qubit designs and techniques currently used do not yet provide high enough performance for practical applications. In this noisy intermediate-scale quantum (NISQ) era, the complexity of the implementable quantum computations is mostly limited by errors in single- and two-qubit quantum gates. The quantum computations need to become more accurate to be useful.

“Our aim is to build quantum computers which deliver an advantage in solving real-world problems. Our announcement today is an important milestone for IQM and a significant achievement to build better superconducting quantum computers,” said Mikko Möttönen, Joint Professor of Quantum Technology at Aalto University and VTT, and also a Co-Founder and Chief Scientist at IQM Quantum Computers, who was leading the research.

Today, IQM has introduced a new superconducting-qubit type, the unimon, which unites in a single circuit the desired properties of increased anharmonicity, full insensitivity to dc charge noise, reduced sensitivity to magnetic noise, and a simple structure consisting only of a single Josephson junction in a resonator. The team achieved fidelities from 99.8% to 99.9% for 13-nanoseconds-long single-qubit gates on three different unimon qubits.

“Because of the higher anharmonicity, or non-linearity, than in transmons, we can operate the unimons faster, leading to fewer errors per operation,” said Eric Hyyppä who is working on his PhD at IQM.

“I would like to thank and congratulate Eric and the other team members who worked tirelessly for this major achievement,” said Prof. Möttönen.

The team measured the unimon qubit to have a relatively high anharmonicity while requiring only a single Josephson junction without any superinductors, and bearing protection against noise. The geometric inductance of the unimon has the potential for higher predictability and yield than the junction-array-based superinductors in conventional fluxonium or quarton qubits.

“Unimons are so simple and yet have many advantages over transmons. The fact that the very first unimon ever made worked this well gives plenty of room for optimization and major breakthroughs. As next steps, we should optimize the design for even higher noise protection and demonstrate two-qubit gates,” added Prof. Möttönen.

“We aim for further improvements in the design, materials, and gate time of the unimon to break the 99.99% fidelity target for useful quantum advantage with noisy systems and efficient quantum error correction. This is a very exciting day for quantum computing!” concluded Prof. Möttönen.

IQM is the pan-European leader in building quantum computers. IQM provides on-premises quantum computers for supercomputing data centers and research labs and offers full access to its hardware. For industrial customers, IQM strives for quantum advantage through a unique application-specific, co-design approach. IQM is building Finland’s first 54-qubit quantum computer with VTT, and an IQM-led consortium (Q-Exa) is also building a quantum computer in Germany. This computer will be integrated into an HPC supercomputer to create a quantum accelerator for future scientific research. IQM has over 200 employees with offices in Paris, Madrid, Munich, and Espoo.