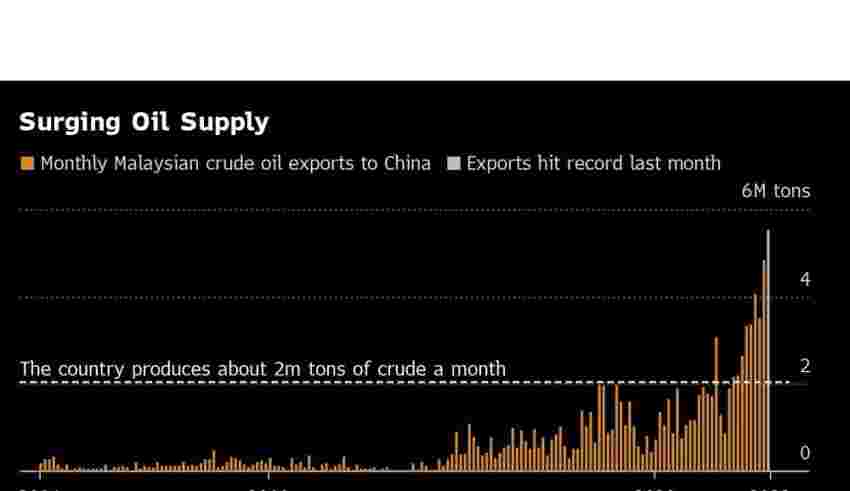 (Bloomberg) — Iran’s oil exports are surging, offering solace to both Tehran and a global market fretting over the prospect of sanctions squeezing Russian supply. Much of it appears to be finding its way to China.

The Persian Gulf country’s oil exports climbed to about 1.3 million barrels a day in November, and last month held near the highest in four years, according to data from Vortexa Ltd. and Kpler, two well-known shipping analytics firms.

FGE, an energy-market consultant, forecasts that Iran will boost its shipments of crude and refined products by as much as 200,000 barrels a day this year.

The jump comes as sanctions on Moscow threaten to tighten oil supply from a key producer. The picture is nuanced for the US and its allies — who want low oil prices but have also been trying to curb Iranian exports in order to restrict the Islamic Republic’s nuclear program.

Nuclear negotiations between Iran and world powers including the US have all but broken down. US Secretary of State Antony Blinken this week said Washington had all but given up on a deal, which would ease oil sanctions on Iran in return for it curbing atomic activities.

Still, several oil traders have speculated that the US is happy for Iranian shipments to continue as long as they help keep oil prices in check.

The extra Iranian barrels appear to be bound for China, the world’s biggest oil importer, under the banner of shipments from Malaysia. Beijing’s intake from the Asian nation surged to a record in December, figures from China’s customs administration show.

Malaysian exports to China on that scale are unfeasible. They were almost triple the average daily crude output from the Southeast Asian nation over the first nine months of 2022. The flows also surpassed those of OPEC giants Iraq and the United Arab Emirates.

“China’s crude imports from Iran picked up to a new record in the last month of 2022,” Armen Azizan, an analyst at Vortexa, said in a report.

Malaysian waters have long been a hub for transferring crude and petroleum products from one tanker to another, sometimes masking the origin. Barrels from Iran and Venezuela have previously been re-branded as oil from Malaysia and Oman.

The official data show Malaysia as China’s third-biggest supplier of crude last month, trailing only Saudi Arabia and Russia. Shipments from Iraq were at 5.06 million tons, while flows from the UAE were at 4.95 million tons in December.

Across 2022, China imported a total of 35.7 million tons of crude from Malaysia, making the Southeast Asian nation the sixth-biggest supplier, ahead of Brazil, and OPEC members Kuwait and Angola.

Officially, China hasn’t imported any Venezuelan crude since 2019 and has only taken oil from Iran on four occasions since the end of 2020, the customs data show.

Iran had tens of millions of barrels in floating storage as of early last year. While many of those were stored in Asian waters, it’s unclear if they are being sold down in addition to the Islamic Republic raising exports.

—With assistance from Ben Sharples, Jason Rogers and Emma Dong.

(Updates with details on nuclear talks and oil in floating storage.)