Home News Is Pete Buttigieg and Michele Obama the 2024 Golden Ticket for Democrats? – The Published Reporter® 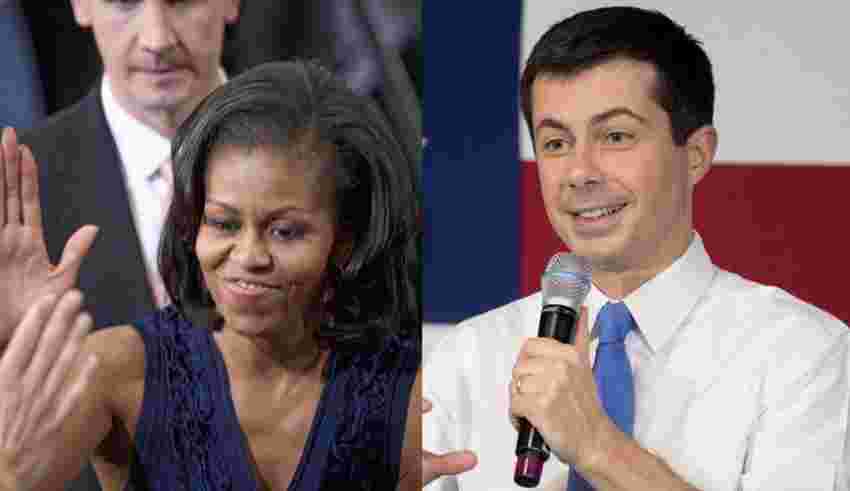 PORTSMOUTH, OH – If Joe Biden is deemed physically and/or cognitively unfit or if he ends up impeached or in the clinker with road dog Hunter – who will the Dems run in 2024? Sidebar: Father and son may need to read the article “50 Prison Slang Words To Make You Sound Like a Tough Guy,” at Mental Floss.

Oprah fell off the potential presidential pedestal forever when her cozy relationship with disgraced Hollywood producer Harvey Weinstein made the news during #MeToo.

No doubt, Hildebeast Hillary would run again if she knew for sure the Deep State cabal could rig another election. But I believe puppet master Barack has emphatically made it clear: no way, nada, not in a bazillion years – no Frau Clinton. Besides she comes with baggage – Bill, the serial womanizer. And a bunch of books that compare her to the Bride of Chucky.

“Transportation Secretary Pete Buttigieg narrowly beat President Biden in a new 2024 presidential preference poll of New Hampshire Democrats — a bad sign for Biden if he plans to run for a second term,” reports an article in The New York Post.

But the real questions: Will Buttigieg take orders from D.C. Mob Boss Barack Obama? Will he suck up to the traitor twins, Senators Mitch McConnell and Chuck Schumer? Will his hubby redecorate the White House with their new babies in mind?

Hmmm. Could it just be a coincidence that Michele’s new book “The Light We Carry” hit the streets around the Midterm? And could it be a coincidence that she opined a lack of confidence to be a presidential candidate? Ah, perhaps the First Lady is dipping her toe into the political pool to survey the height and depth of the wave.

“Michelle Obama admits losing 2016 election to Donald Trump ‘still hurts’ but rules out any possibility of her running in the future as she reveals she struggles with her fears and admits to hating how she looks in new book,” according to an article in The Daily Mail.

The introduction of her book bashed Donald Trump and MAGA. I guess her hatred couldn’t wait until chapter one. I read the first portion of her book on Amazon. No way will my money be exchanged to read about her self-pity pitfalls.

Of course, we know her hubby would remain behind the curtain in the West Wing – ruling the radical regime – a fourth term for a traitor who despises the USA. Oh, business as usual in the White House.