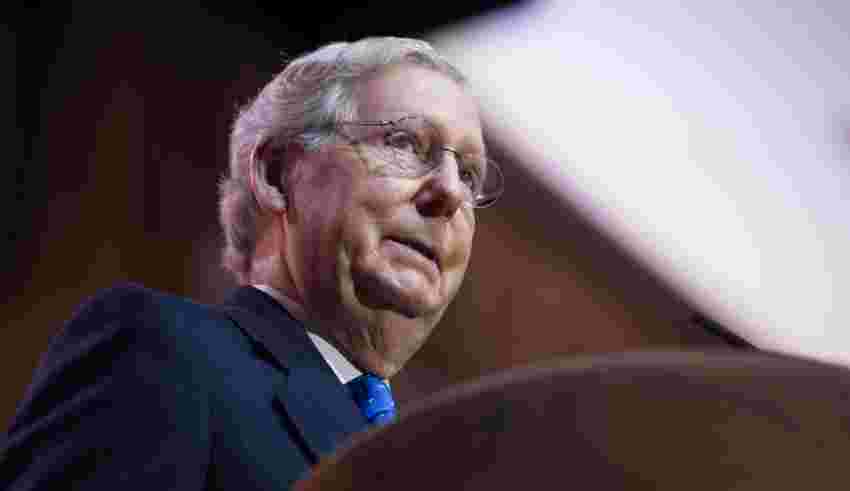 You may plainly perceive the traitor through his mask; he is well-known everywhere in his true colors; his rolling eyes and his honeyed tones impose only on those who do not know him.” —Molière, The Misanthrope

PORTSMOUTH, OH –  By reading in-between the lines, it appears that an ancient and powerful Washington D.C. elitist betrayed his party by throwing Midterm candidates under the swamp bus to keep his crown intact. Although not identified by name in an op-ed, Senator Rick Scott (R-FL) pointed to the act as “treasonous” and the person as a coward.

Sounds like the wolf that invited a group of sheep to dinner – then ate them.

On September 1, 2022, the Washington Examiner published an op-ed penned by Senator Scott.

“Unfortunately, many of the very people responsible for losing the Senate last cycle are now trying to stop us from winning the majority this time by trash-talking our Republican candidates. It’s an amazing act of cowardice, and ultimately, it’s treasonous to the conservative cause. Giving anonymous quotes to help the Washington Post or the New York Times write stories trashing Republicans is the same as working with the Democratic National Committee.”

What did Senate Minority Leader Mitch McConnell (R-KY) say that ignited a fire in Scott’s belly?

“I think there’s probably a greater likelihood the House flips than the Senate,” McConnell said prior to the op-ed. “Senate races are just different, they’re statewide. Candidate quality has a lot to do with the outcome.”

Um, what? Sounds like a sneaky goalie that blocks his own team member from scoring – a lowdown dirty dog trick.

This is what Tristan Justice at The Federalist wrote, “Senate Minority Leader Mitch McConnell is making a play for another term in leadership next week while control of the upper chamber remains in the balance after the Kentucky lawmaker’s chess game sabotaged chances for a GOP majority.”

Scott’s op-ed continues: “Ultimately, though, when you complain and lament that we have ‘bad candidates,’ what you are really saying is that you have contempt for the voters who chose them,” Scott wrote. “Now we are at the heart of the matter. Much of Washington’s chattering class disrespects and secretly (or not so secretly) loathes Republican voters.”

Ugh. Sure sounds like Sen. McConnell is akin to a Benedict Arnold. Argh.

“And the truth is, all our candidates are great in this regard: They all oppose inflation, recession, open borders, violent crime, and 87,000 new IRS agents brought to America by Biden and this crop of Senate Democrats. And I will fight for all of them,” declared Sen. Scott.

Applause for the courageous senator standing up for justice and denouncing tyranny. In summary, Sen. Scott stood up to a wily ‘ole swamp rat.

Sen. McConnell gets another two years after a challenge by Sen. Scott did not manifest. Appears there’s more than one swamp rat in the murky marsh. McConnell received 37 votes, while Scott garnered 10. And one senator voted “present,” CNN reported, citing two members of the GOP conference, as noted in the New York Post.

McConnell’s top leadership remained with Sen. John Thune of South Dakota elected GOP whip, and John Barrasso of Wyoming in the No. 3 spot as chairman of the GOP conference. Steve Daines of Montana was elected to chair the NRSC, replacing Scott.

“Being called a traitor by Dick Cheney is the highest honor you can give to an American.” —Edward Snowden