Home News Is The Midterm Election Secure From Fraud And How Do We Know? – The Published Reporter® 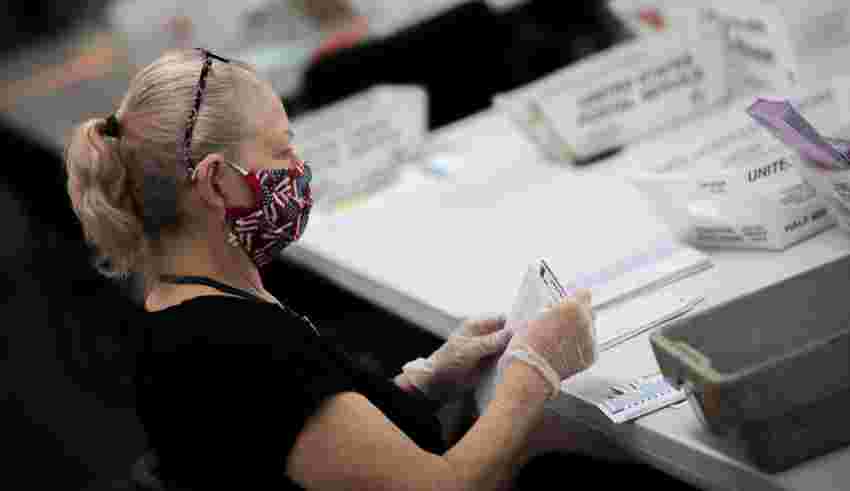 PORTSMOUTH, OH – Czar Biden (aka Deep State cabal) says there will be delayed election results and you better accept them. Socialist Joe is putting forth his dictatorial orders alongside his continued fearmongering. And of course, the political puppets know the corrupt FBI and DOJ wait in the wings to pounce on patriots that will logically question any sniff of cheating – especially since the stench of the skunk lingers from the treasonous 2020 stolen election.

“The freedom to criticize judges and other public officials is necessary to a vibrant democracy.” —Sandra Day O’Connor

And when God placed Donald Trump into the Oval Office in 2016, the covert regime (aka Deep State cabal) went full throttle to malign the elected leader before the swamp was exposed and drained. In 2020, the traitors stole our freedom and our liberty – and went full blast with plans to destroy our Constitution.

Listening to Ben Armstrong’s podcast on his perception of the history of election fraud opened my eyes further. As I’ve said before, most of us have been busy living our lives, and we left the political race to the politicians. Armstrong reminds us the United States is a Constitutional Republic – not a democracy ruled by the majority which can be a precursor for totalitarianism. Bingo! That’s the agenda of the Deep State regime.

“When election results are delayed, it is always a sign of cheating. If Republican counties or Democrat counties delay results, you should be worried about cheating. It shouldn’t matter what party does it, you should scrutinize that county. Ballot stuffing causes delayed results. Here is a simple question: when have those who say “you cannot question the election results” ever been the good guys?” asks Armstrong.

Selwyn Duke, journalist for the New American penned a few articles that every patriot needs to read before the next election.

Did Biden Just Pressure Us to Accept Fraudulent Midterm Results? Does He Know Something We Don’t? asks Duke. “It is said that “justice delayed is justice denied.” But is it also true that election results delayed are election results denied?.. In fact, Biden might have just tried to set the stage for the acceptance of fraudulent midterm election results. This point was made, implicitly, by Fox News host Tucker Carlson Wednesday evening. At issue were comments Biden delivered during his Union Station speech earlier that day.”

What Will Win Out in Midterms: “Hidden” GOP Voters, or Democratic Vote Fraud? asks Duke. “Moreover, in what’s perhaps unprecedented for a political party, the Democrats literally have nothing to run on (except perpetuating abortion, with Roe’s demise). They present no plans for remedying any of the above problems; they offer no economic programs, no positive solutions. Their campaign strategy is, rather, to demonize and hurl pejoratives. Vote for them because their opponents are, they aver, racists, fascists, Nazis, terrorists, and Threats to Democracy. Projecting all the way, the modern Democratic Party is the embodiment of a 24/7 attack ad.”

Election “Deniers”? They’re Election Realists — and a PLURALITY of America, asserts Duke. He discusses survey results about the 2020 stolen presidential election and what voters believe happened.

He continues, “The poll, conducted October 30 by Redfield & Wilton Strategies on behalf of Newsweek, surveyed 1,500 eligible voters in the United States. Forty percent of these respondents agreed that the 2020 election was fraud-ridden.”

Read that again – 40 percent believe the 2020 election was fraudulent. Those with common sense knew immediately when Biden was announced as the winner – that the presidential election has been stolen. The Deep State cabal in the USA and the New World Order (aka World Economic Forum’s Great Reset with Klaus Schwab, George Soros, King Charles, the wealthy and powerful families of several nations, major corporations, banking systems) had conspired to further their totalitarian agenda of global domination.

“Contrary to the claims of many liberals, the problem of voter fraud is as old as the country itself. As the U.S. Supreme Court noted when it upheld Indiana’s voter identification law, “flagrant examples” of voter fraud “have been documented throughout this Nation’s history by respected historians and journalists,” according to The Heritage Foundation.

In an opinion piece on the Heritage Foundation website, Fred Lucas attests, “Americans are getting fed up with the mainstream media using leftist narratives that undermine trust in democracy and our election system. A recent New York Times/Sienna poll found 59 percent of Americans consider the “mainstream media” a threat to democracy—outranking either President Joe Biden or former President Donald Trump.”

The mainstream media mafia has been exposed and more and more citizens are coming into this realization. Is it a stretch to surmise that the media is part of the U.S. Deep State regime working towards a socialist society? Or are the radical Lefty liberal media members just haters of conservatives and capitalism?

“You can pray until you faint, but unless you get up and try to do something, God is not going to put it in your lap.” –Fannie Lou Hamer