Jana Kramer is talking new music and getting personal about her dating life in a new interview with “Extra’s” Billy Bush.

Billy told her, “I go through the music. I’m listening to ‘The Nicest Thing’ on the way in. You’re saying, ‘Please, I wish you would have walked by…’ Who is this giant regret in there?”

Jana answered, “I can’t really say who it’s about.”

Billy asked, “Is it the latest guy? Is it the guy that we had fun with talking about? Is it that relationship?”

Jana, “No, but it could be… I think it’s anybody that’s come into your life, that you’re just like, ‘Oh, like, it was such a headache, that it would have just been nicer to not have even said hello to each other…’ I mean, there’s definitely an element of that relationship for sure. I wish both of us would have saved ourselves from that.”

Billy asked, “Were you purging something with this song, and did it work?”

Kramer went on, “I think for me, it’s just, it was just kind of a fun, sassy way to just go, you know dating can be tough… and sometimes the nicest thing that I could possibly say about our relationship was just that, like, I just wish we never even said hello to each other.”

Billy replied, “That’s not all relationships, though… I’ve got a folder of your dating history here. It’s quite a dossier and I just want to know, who is the best?” 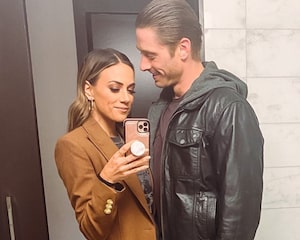 Jana Kramer on Getting Serious with BF Ian Schinelli

Jana said, “There has been some sweet dudes… I had went on a few dates with Scott Eastwood. He was really sweet… very handsome. Very sweet. We just didn’t live in the same [city], and that was years ago… We definitely dated for a good few months, for sure. But I think he’s very happily moved on.”

Billy commented, “And Jay Cutler was a brief stop,” noting that the media jumped on the dating news too soon.

Jana said, “Yeah, that was… too soon, but that would have been a nice one to not said hello.”

So is Jana dating now? “No, I am so open to meeting people. And I’m definitely going on dates but there’s been no one that serious… I really have enjoyed just kind of getting to know what I want, what I don’t like and I really enjoyed just dating this summer.”

Jana added, “I’ve never just dated without getting into a serious relationship, so it was nice to kind of go, ‘Okay, let me, like, really get to know this person, because I think I’ve definitely in the past have gone way too fast into things… And so I’m trying to like take my time and just like very slowly date and that’s been really fun. It’s a little at times it’s tough, because I think the dating pool is, the guys just seem, they’re just lazy.”

Back to her song, Billy said, “It feels like you’re standing at a place where, okay, ‘If I haven’t learned by now how to control this and how to be in charge of my, you know, my love life, my romance, my destiny, then you know, it’s on me.’”

Jana said, “For sure. I kind of look at it now. I’m like, there’s been many times and I was like… I should have seen the red flags… I have done enough work on myself to know what I want.” 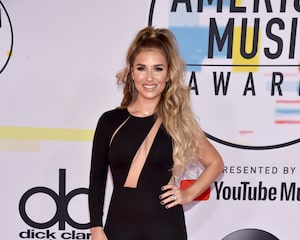 Billy asked, “Jana, what is the ultimate red flag, it’s an absolute guaranteed red flag, off the bat… we-go-no-further moment?”

Jana said, “If they lie about something from their past… I’m not proud of some things I’ve done in my past, but I’m going to be honest about it… When someone is, you know, going to sit there with you and be vulnerable with you, too. I think you should share your heart.”

Revealing, “I had in one of my last situations, just like [a guy who] totally lied about his past. And it’s like, when I find out later like that just I don’t, I don’t ever want to be in a relationship where I can’t trust someone. We saw how that worked. And it didn’t end well. So I just don’t want that.”

Addressing rumors Jana went out with the singer, Billy told her, “If you went out on a date with John Mayer… stay in your seat.”

Billy pointed out, “You’re also still in your seat.”

Her song, “The Nicest Thing” is out Friday — and she has more music to come! “I went out to L.A. a few weeks ago and wrote some new stuff, too. And so I’ve got a lot of fun things coming that, like, actually are not about relationships. So I’m pumped about next year and new music for that, too.”

Man, Google’s devices are getting leaked this week. A Redditor in Sydney, Australia, was i…