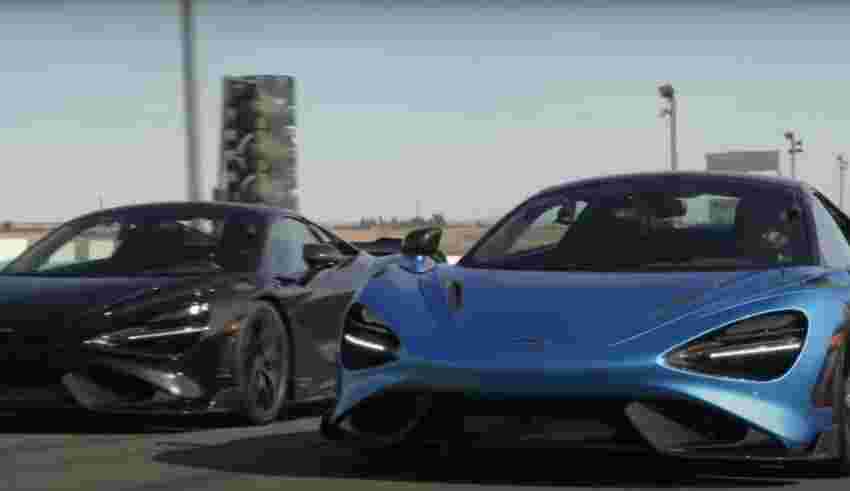 Jay Leno and a celebrity car enthusiast take to the track.

Jay Leno’s Garage shows the famed comedian living out a car enthusiast’s dream, with his extensive collection of incredible cars and time on the race track putting some of the best cars to the test. What makes the whole experience even better is when Leno invites fellow celebrities to join in on the fun, and actor and television personality Alfonso Ribeiro made for a particularly special addition to the show.

A car enthusiast and racer himself, Alfonso Ribeiro won the Toyota Pro/Celebrity race four times, in 1994, 1995, 2015, and 2016, most recently in the Scion FR-S Prototype. Jay Leno also participated in the race in the 1987 Toyota Celica GTS. This time, however, Alfonso and professional McLaren test driver Edward Sandstrom duke it out in two very special British supercars: McLaren 765LT Spiders. The “LT” designation is important for McLaren as it indicates both McLaren history and innovation, honoring the Longtail race cars with high power, light weight, and advanced aerodynamics.

With a time of 1:26.9 around Willow Springs Raceway in California, Ribeiro managed to beat the McLaren test driver by less than a second. While he’s been known for decades for his comedy on television, Alfonso Ribeiro’s racing ability on the track is no joke.