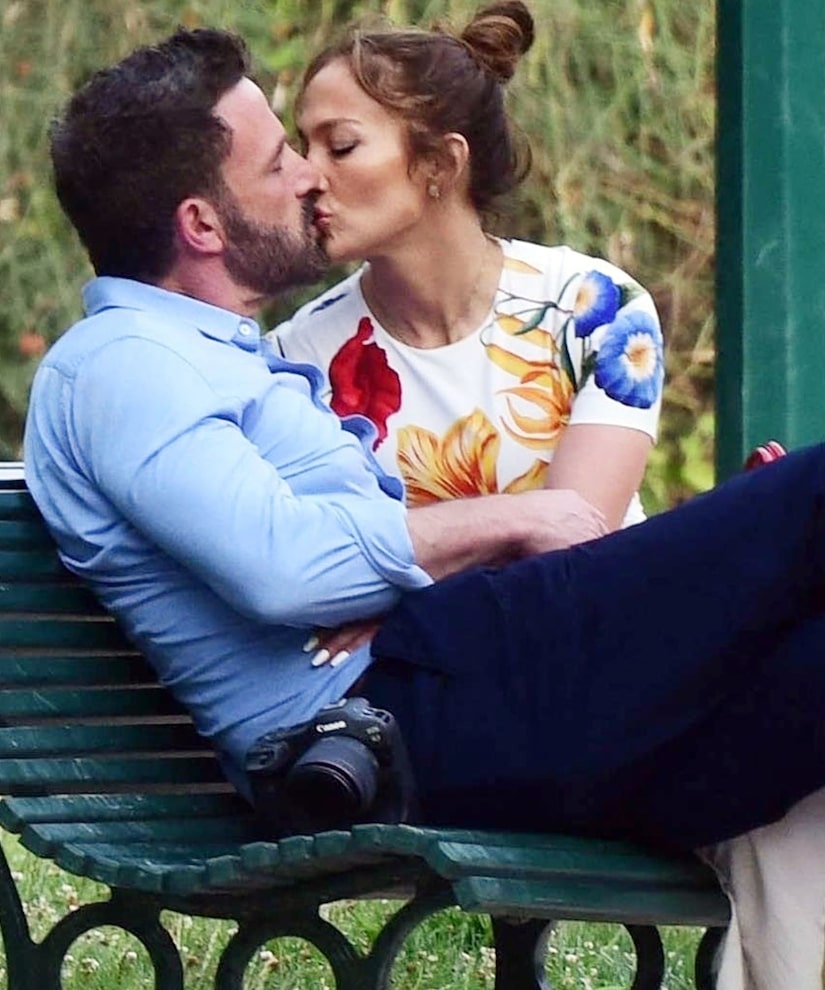 Jennifer Lopez and Ben Affleck celebrated their marriage with a romantic trip to Paris.

The couple touched down at Paris-Le Bourget Airport on Thursday, and were spotted that evening at Le Matignon restaurant. It appears Ben’s daughters Violet and Seraphina were there, as well as Jennifer’s daughter Emme.

Lopez was glowing in a plunging red maxidress, while Affleck was dressed to the nines in a suit and tie.

The couple was all smiles, and even shared a kiss at the table.

On Friday, Jennifer and Ben headed out for a morning stroll, where Ben snapped photos of his bride and they shared kisses on a park bench. 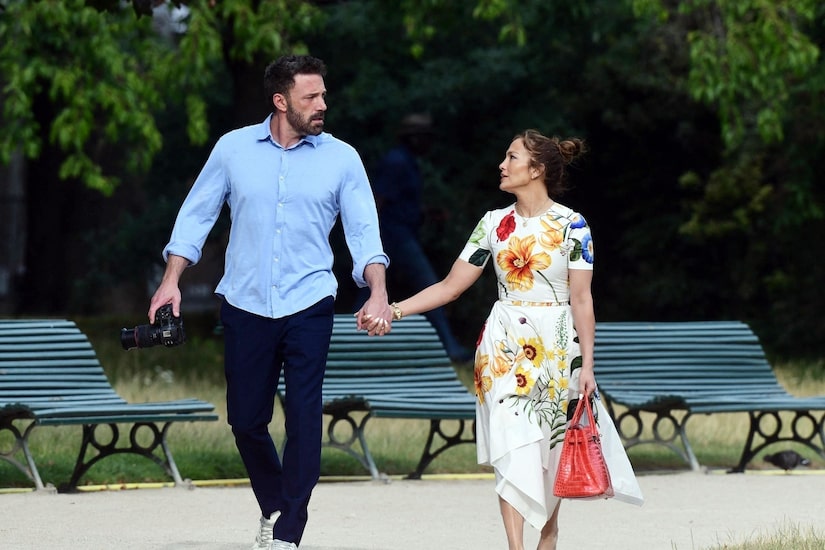 The honeymoon comes days after the couple’s surprise wedding in Las Vegas.

“Extra’s” Billy Bush spoke to the man who married the couple, Pastor Ryan Wolfe of the Little White Wedding Chapel.

When asked about Bennifer’s wedding, Wolfe shared, “Man, I tell you, it was a crazy night… We weren’t expecting it at all… We’re closing and out comes this beautiful couple… At first, I didn’t even recognize who they were.”

After the pair pulled up in a Cadillac Escalade, they asked Wolfe, “Y’all have time to do one more?” He responded, “Let’s do it!”

According to Wolfe, Jennifer’s child Emme was there to help her with her train as she walked down the aisle. Ben’s son Samuel was also there to take video and photos.

Wolfe dished, “The two kids that were there, they were so excited. They were so thrilled after the ceremony. They were, like, jumping around almost, like, hugging each other.”

As for Ben and Jen’s wedding kiss, Wolfe quipped, “I gotta learn some stuff from Ben… His form was amazing… They just went in and they had a very passionate, romantic kiss.”

Wolfe was able to witness Jennifer and Ben’s love first-hand, calling it “real.” He explained, “After seeing them together, I can tell you, their love that they have, it is real. It is evident and they absolutely truly care about each other… I really believe they found their soulmates, and I think they’re gonna make it for the long haul.”