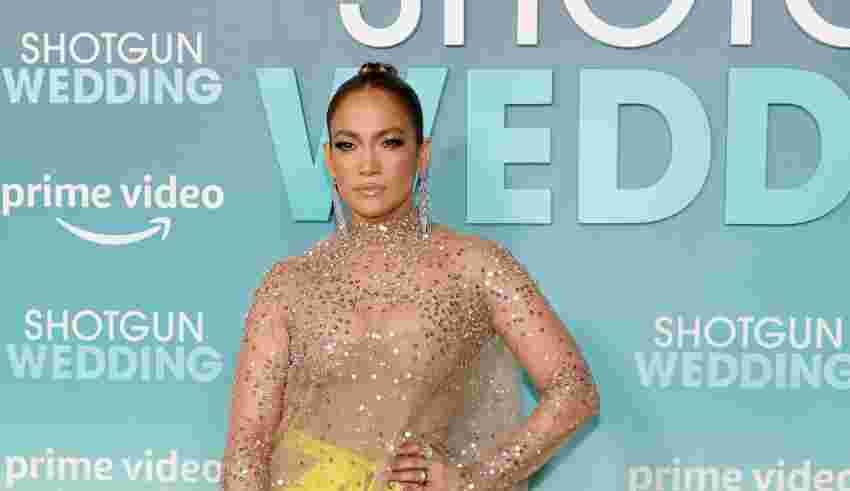 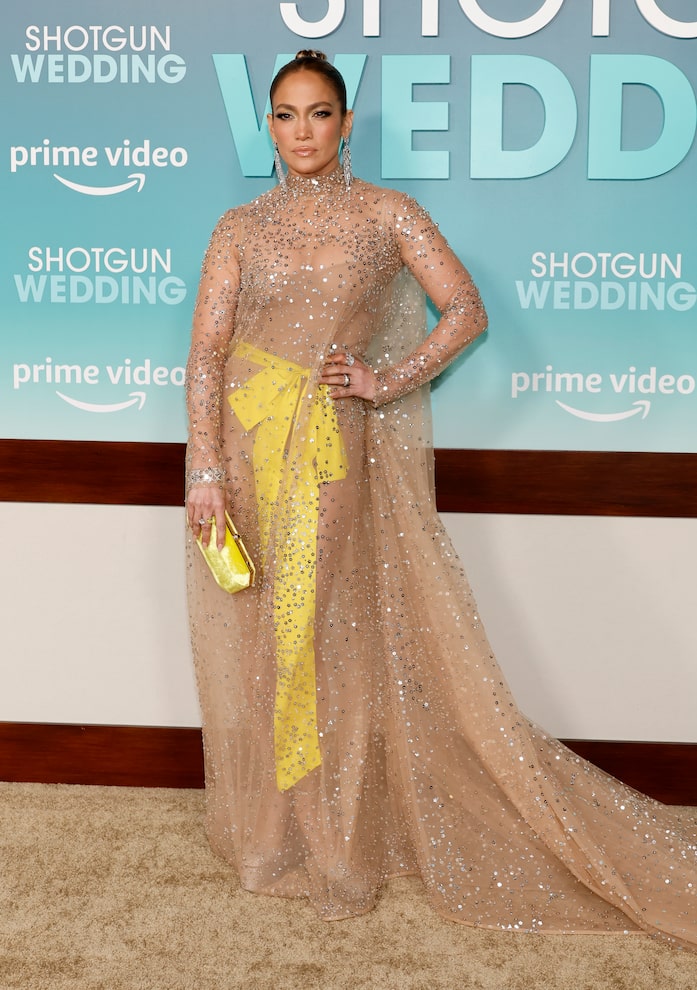 Jennifer Lopez was stunning in Valentino Couture at the L.A. premiere of her new movie, “Shotgun Wedding.”

Lopez, who walked the red carpet without husband Ben Affleck, gushed over him and their life together with “Extra’s” Terri Seymour.

Talking about her and Ben’s blended family, she said, “It’s going really, really well, it’s amazing, we have five beautiful, beautiful children, blessings… We dropped one of them off at school today and we were just kind of thinking about what our lives have become and just feeling so blessed and grateful for where we wound up in our lives. It’s a beautiful night, that’s all I can say.”

She went on to dish on the couple’s Dunkin’ Donuts commercial, “He loves a Dunkin’ run!”

Jennifer married Ben months ago, but plays a bride in “Shotgun Wedding.” She said, “It was funny because I had just finished ‘Marry Me’ when this script came in and I was like, ‘Do I want to do two wedding movies in a row?’…but it was so funny and I thought to myself with the right director and the right people, this could be something  really fun and special and I had never done an action comedy, a romantic action comedy.”

The movie shot in the Dominican Republic, and she shared, “It was a dream,  it was like paradise… We had the best time.”

Terri asked about Jennifer Coolidge in the movie and if JLo gave her any singing advice. Jennifer smiled, “JCo, JCo.” Laughing, she would only say, “She does sing in the movie, she does.”

Lenny Kravitz, who doesn’t do many movies, also had a role. Lopez said, “He… read the script thought it was really funny and was like, ‘Oh these are the people that are doing it, I’m down.’”

Jen revealed had not seen the finished movie and was looking forward to the premiere.