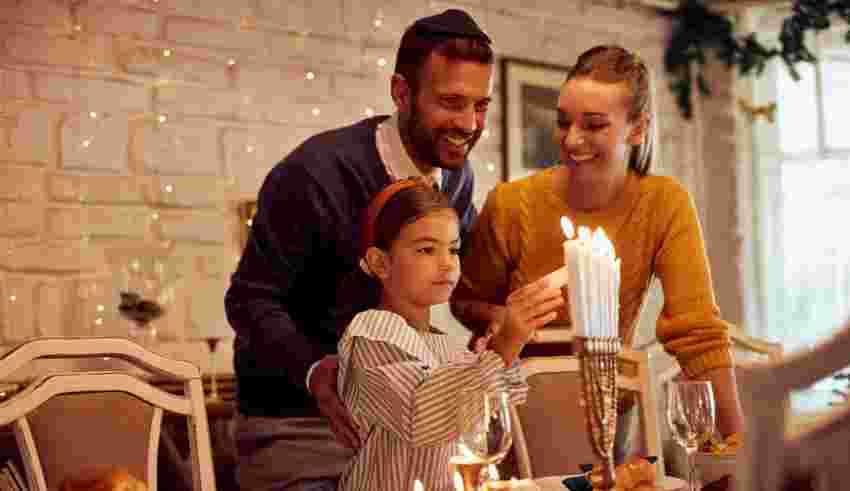 BOCA RATON, FL – Jews, worldwide are now so joyously enthralled in the Hanukkah season, they are not aware of the ever present dangers lurking, imperiling their future existence. So has it been for many years. It’s time we woke up to face the challenges to our continuance as a people. Just take into consideration that before the Holocaust our worldwide numbers reached 17 million. Yet, to this date even with our own nation, Israel, willing to harbor and give unlimited opportunities to flourish, to as many of us as want to make Aliyah, and Jews worldwide, achieving levels of prominence as never before, we still have not regained our former numbers. Nor have we gotten out of the danger zone of being haunted and hunted to extinction by our haters.

Let’s focus on New York City, as friendly (we think) a metropolis to Jews as any, to our people. This year, in November alone, the NYPD reported 45 Jew hating crimes, an average of one every 16 hours. Although we represent less than 20% of the city’s population, we were victims of 60% of all hate crimes just this last month. And this is happening world-wide, as well. England, France, even Israel have their Jewish citizens told not to where jewelry or clothing distinguishing them as Jews or face the possibility of being assaulted. Why do we permit and live with this situation? Where is the outcry from our leaders and even our people? We run to support other minorities who are double our population, when they are attacked and demeaned. Why are we, as a group, so easily willing to close our eyes to the flames of hate engulfing us? Fact: It’s aided by our own actions. A recent Pew opinion survey found that less than a third of married American Jewish parents say they aren’t raising their kids to be Jewish. And those same children, as well as their brethren in other lands, eventually end up marrying out of their faith nearly 40% of the time. The exception, of course, the Orthodox Jews, who are the stalwarts of our faith.

Another consideration is our lackluster, in zealous performance, of our own Jewish defense and cultural organizations. Back in August of 2020, over 600 Jewish groups signed a letter championing the Jew hating, Farrakhan loving Black Lives Matter (BLM) Movement. Among those “Jewish” groups were the ADL, American Jewish Committee, Hadassah and even the Jewish War Veterans, together with others hypocritically claiming to be concerned about Jews. Take the ADL for example, now led by a former George Soros top honcho. How many of these 600 are really standing up for Jews? Hadassah, as another example of uselessness to our cause, regularly features Amy Spitalnick and Lotty Pogrebin, former leaders of Jew hating groups, J Street and Americans for Peace Now, respectively, on its magazine pages. They surely do not have the healthy future of Jews in their line of vision. Hardly. And yet these groups are supported $$ wise and joined by so many Jews. Our problem.

We’d like to quote from a recent WSJ piece by Daniella Greenbaum Davis: “in the 1990’s the Israeli academic Ze’ev Maghen, argued that the chronicling the sins of the anti-Semite was ineffective. The only way to fight anti-Semitism, he wrote, was to ‘promote that which the anti-Semite wants to crush: Jewish vitality.’ ” We agree. It’s time we took the war of battling Jew hating into our own hands. In your homes and communities when you hear fellow Jews bashing Israel and pointing out those criminal Jews such as Bernie Madoff and Samuel Bankman-Fried as typical of exhibiting Jewish values, challenge their statements with facts about the history of Israel and the non-Jewish behavior of our own shameful criminal element. Speak up at organizational meetings when you hear talk of how Jews have to put the security and welfare of others first. Our quest for survival depends on each and every one of standing up for Judaism, Israel and Jewish learning. We must educate ourselves with facts about our history, people, accomplishments and broadcast them proudly to all. A happy, healthy Hanukkah to each and every one of us!!