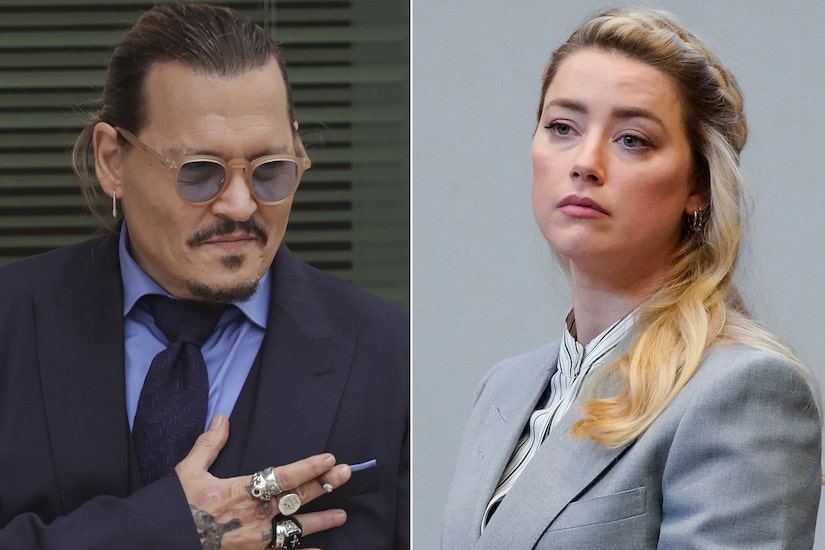 Now, pretrial documents have been unsealed, revealing what their legal teams didn’t want included in the trial.

In the court documents, obtained by Page Six, Heard’s team accused Depp’s team of wanting to tell the jury about “Amber’s brief stint as an exotic dancer years before she met Mr. Depp.” Her team added it was a case of, “Mr. Depp attempting to frivolously and maliciously suggest or imply that Ms. Heard was at one time an escort.”

The unsealed court documents, obtained by Newsweek, also included a 2016 text exchange between Depp and his friend Marilyn Manson, who referred to his now-wife Lindsay Usich as “an amber 2.0.”

According to the outlet, Manson told Depp that Usich “pulled an amber on me,” in reference to her seeking a restraining order against him.

In the texts, Depp told Manson “not to give her what she wants,” adding, “Sociopathic behavior… it is f**king real, my brother!! My ex-c**t is goddamn TEXTBOOK!!”

Depp’s team wanted his text messages with Manson to be excluded from the trial. They argued that they texts would “smear Mr. Depp under a guilty by association theory.” They stressed, “Ms. Heard’s attempt to insert Marilyn Manson into this case lacks foundation and is wholly speculative and constitutes improper character evidence.”

Manson has been accused of sexual abuse by several women, including ex Evan Rachel Wood. He has vehemently denied any wrongdoing.

Heard’s team claimed that Depp suffered from erectile dysfunction, arguing it was significant to the case because, “Such condition absolutely is relevant to sexual violence, including Mr. Depp’s anger and use of a bottle to rape Amber Heard.”

In March, Depp’s team responded to the erectile disfunction claims in a sealed motion obtained by Page Six. They said, “Ms. Heard wants a circus, and clearly intends to take this trial down a number of unnecessarily salacious rabbit holes, including and especially with respect to Mr. Depp’s medical history. As if to prove that she intends to take the low road at trial, Ms. Heard included in her interrogatory responses that Mr. Depp was ‘taking erectile dysfunction medication’ and suggested that might somehow be a motivation for abuse.”

His lawyers described the claims as “tactics” that are “nothing more than pure harassment.”

Neither legal team has commented on the unsealed court documents.

During the trial, Depp denied “striking Miss Heard in any way” or any woman in his life.

The jury found in favor of Depp, agreeing that it was defamation when Heard called him an abuser — though not by name — in a 2018 op-ed piece about domestic abuse survivors. He was awarded $10 million in compensatory damages and $5 million in punitive damages. The judge immediately reduced the $5 million figure to $350,000, in line with a Virginia statutory cap.

Amber also had a partial win in her countersuit, as the jury awarded her $2 million in compensatory damages.

Though Depp was not present in the courtroom, he released a statement after the verdict was read. 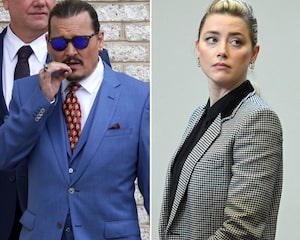 He said, “Six years ago, my life, the life of my children, the lives of those closest to me, and also, the lives of the people who for many, many years have supported and believed in me, were forever changed. All in the blink of an eye.”

“False, very serious and criminal allegations were levied at me via the media, which triggered an endless barrage of hateful content, although no charges were ever brought against me,” Depp went on. “It had already traveled around the world twice within a nanosecond and it had a seismic impact on my life and my career.”

Showing his appreciation to the jury, he said, “And six years later, the jury gave me my life back. I am truly humbled. My decision to pursue this case, knowing very well the height of the legal hurdles that I would be facing and the inevitable, worldwide spectacle into my life, was only made after considerable thought.”

Depp noted that he felt “at peace” after being able to speak his truth.

He added, “I also hope that the position will now return to innocent until proven guilty, both within the courts and in the media. The best is yet to come and a new chapter has finally begun. Veritas numquam perit. Truth never perishes.”

Heard requested a mistrial, but her request was rejected by a judge.

Weeks ago, Depp and Heard have both filed appeals in the defamation case.

Depp filed the notice to appeal, a move that would nullify the $2 million the court awarded Amber.

The legal move comes one day after Amber filed her own appeal in the case, hoping to dodge the $10.35 million the jury awarded Johnny.

After she filed the appeal, Amber’s spokesperson told “Extra” in a statement, “We believe the court made errors that prevented a just and fair verdict consistent with the First Amendment. We are therefore appealing the verdict. While we realize today’s filing will ignite the Twitter bonfires, there are steps we need to take to ensure both fairness and justice.”