Jude Law hit the red carpet at D23 Saturday, where he opened up to “Extra’s” Katie Krause about his new Disney+ series “Star Wars: Skeleton Crew,” playing Hook in “Peter Pan & Wendy,” turning 50, and his thoughts on the late Queen.

D23 unveiled the first look at Jude in “Skeleton Crew,” a show about a group of children stranded in the galaxy who are trying to make their way home.

While he insisted, “I can tell you absolutely nothing,” Law did say, “We’ve been working on it for a couple of months. It has been great fun. It has been extraordinary jumping into this new process… how they make them.”

He went on, “At the same time, snapping out of that, you want to add something new and you want to take it somewhere new.” 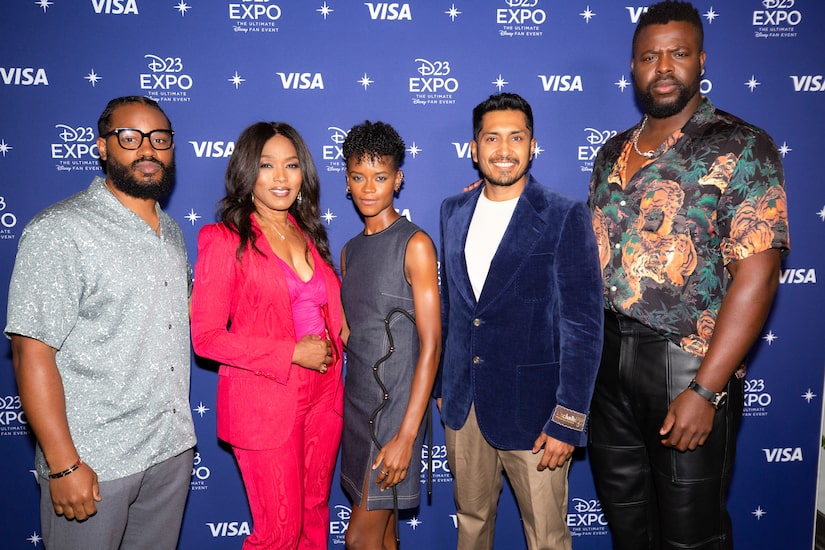 Law also chatted about playing a scary version of Hook in “Peter Pan & Wendy”! “You go back to the book and they talk about him being the only pirate that Long John Silver was scared of,” he said, “and I think it is an important part of childhood. The nightmares, the fears we all had, and Hook, in many ways, like a lot of villains in Disney, embodies that.”

He added, “There is beautiful detail to this version where you get to look back and understand a little bit about why he’s there and why he behaves the way he does.”

As far as his costume goes, Jude shared, “There are some beautiful illustrations of these characters that you can go back to and take little parts that you love, parts that you want to embellish. I was very lucky in that just before I played Hook I had a huge beard, so the one thing I knew is that if I played Hook it had to be my own stache… I luckily had this enormous mustache that I got to wax every day that I became obsessed with and that was an important part.”

Meanwhile, Jude turns 50 in December and he shared what he’s hoping for with this milestone birthday: “Inner peace.”

Katie also asked about Queen Elizabeth II, who died on Thursday at 96. Reflecting on what he admired about her, he said, “There was just this sort of consistency, I suppose, a presence. There was something very dependable about her, her commitment to this job that she didn’t particularly want.”