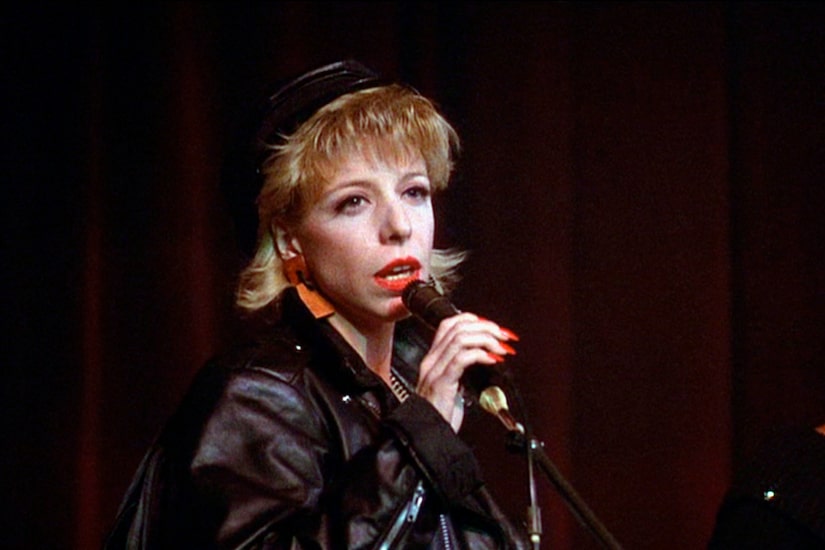 Julee Cruise, the unique singer famed for her performance of the vocal version of “Falling” — the “Twin Peaks” theme — died Thursday in Pittsfield, Massachusetts, The New York Times reports. She was 65.

Her husband, Edward Grinnan, confirmed her death was due to suicide brought on by depression and a lupus battle.

“For those of you who go back,” Grinnan wrote on Facebook, “I thought you might want to know that I said goodby to my wife, Julee Cruise, today. She left this realm on her own terms. No regrets. She is at peace.” 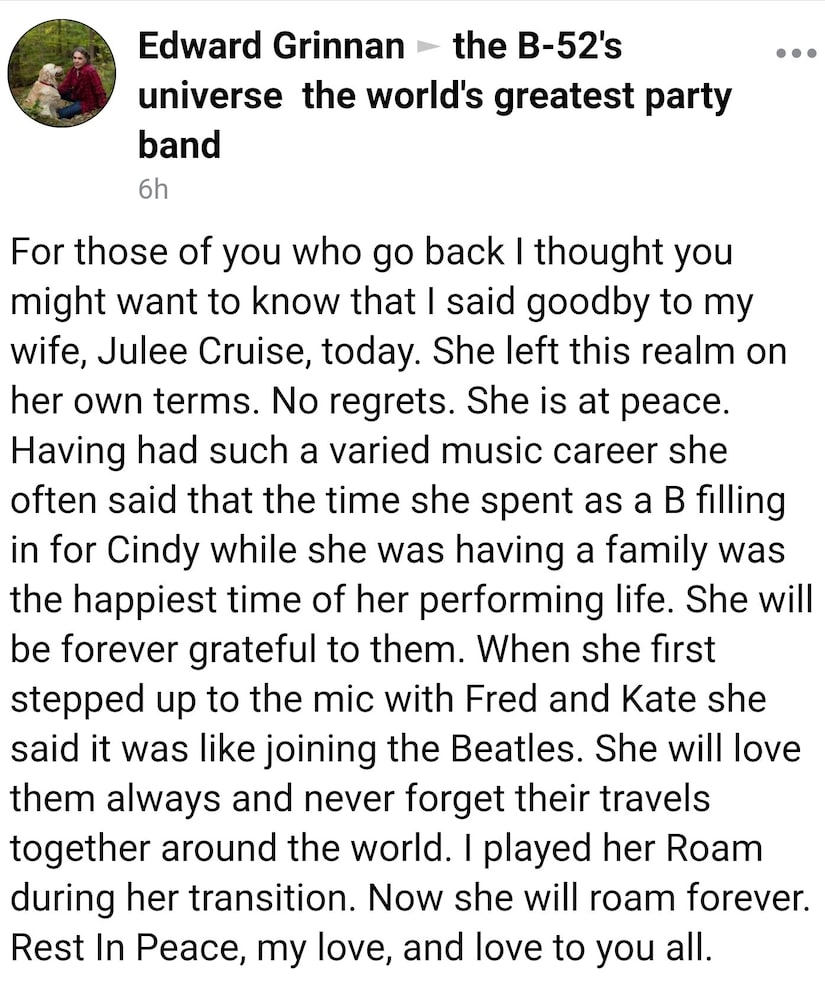 Cruise was born December 1, 1956, in Creston, Iowa. One of her first jobs as a performer upon moving to NYC was playing Janis Joplin in “Beehive,” a revue that highlighted her belting style.

But when she began collaborating with Angelo Badalamenti, and he — and they — with visionary director David Lynch — she explored a more ethereal sound. In this vein, she performed the song “Mysteries of Love” in Lynch’s 1986 neo-noir thriller “Blue Velvet,” kicking off a career as a vocalist with a built-in cult following.

The three collaborated again on her debut album, 1989’s “Floating Into the Night,” and also on a live show called “Industrial Symphony No. 1” (1990), which featured a crooning Cruise suspended in mid-air above the stage.

Next, Badalamenti composed “Falling,” a song she performed in the pilot of the sensational series “Twin Peaks.” The instrumental version of “Falling” won a Grammy, and the vocal version plus “Into the Night” and “The Nightingale” on the series’ soundtrack featured Cruise.

Cruise also acted on the show, playing a bar singer, and in the 1992 feature film “Twin Peaks: Fire Walk with Me.”

Series star Kyle MacLachlan wrote on Twitter, “Deeply saddened by the passing of Julee Cruise today. Her angelic voice transported us all to another dimension. Now, she’s floating among the angels. Sending love to her family, friends, and fans today.”

She continued her run with “Twin Peaks” in 2017, appearing on the reboot singing “The World Spins.”

As an actor, Cruise appeared in the 2004 musical “Radiant Baby” about late artist Keith Haring, playing his mother and Andy Warhol, among other roles.

She collaborated with everyone from Moby to the B-52s to Supa DJ Dmitry, was extensively sampled, and had her most famous singles covered or used on various TV shows and in films.

Cruise is survived by her husband Grinnan, an author and editor.