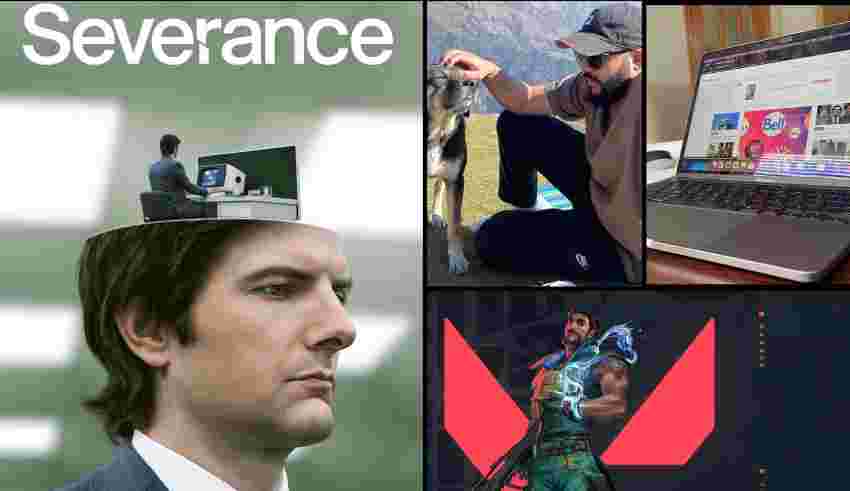 Reflecting back on the past year, I got a lot done, from moving to the Greater Toronto Area and returning to a hybrid work environment from solely working from home.

Apple TV Original Severance starts off describing a procedure that I honestly wouldn’t mind going through.

The psychological thriller series follows a group of employees that voluntarily go through ‘Severance,’ a procedure that bifurcates their ‘innie’ and ‘outie’ memories. Essentially, these employees don’t recall what they do at work when they’re out of the workplace, and similarly, they don’t recall details about their personal lives when at work.

Sounds great, right? You sit at home and collect paycheques without carrying any of the work stress.

It turns out things aren’t that simple, though, and the company these employees work for has something more sinister going on.

While not all is revealed, employees go through Severance for different reasons. The protagonist, Mark, undergoes the procedure soon after his wife dies to avoid grief for eight hours a day.

Created by Dan Erickson and co-directed by Ben Stiller, Severance stars Adam Scott, Zach Cherry, Britt Lower, John Turturro, Tramell Tillman, Patricia Arquette and Christopher Walken. The show starts off slow, with more of a story-building angle and small details that all make sense toward the season finale. Halfway through the series is when things start getting tense.

Employees start questioning the company’s shady ways after a former ‘severed’ employee ‘reintegrates’ with the outside world, and they start debating whether they need the work or the work needs them.

The only bad thing about the show is that it ends on a massive cliffhanger, leaving you begging for more. Severance‘s Season 2 is in production, but it doesn’t have a release date yet.

Earlier this month, I was in India and preparing to fly back to Toronto on the 12th of December. Before leaving, I decided to visit Mcleodganj and Dharamshala in the foothills of the great Himalayas in the Himachal Pradesh state of India. The region, which is rich in Tibetan culture, is a spiritual getaway for Buddhists, as it is the home of the 14th Dalai Lama, who came to the area in 1960 after his exile from Tibet. 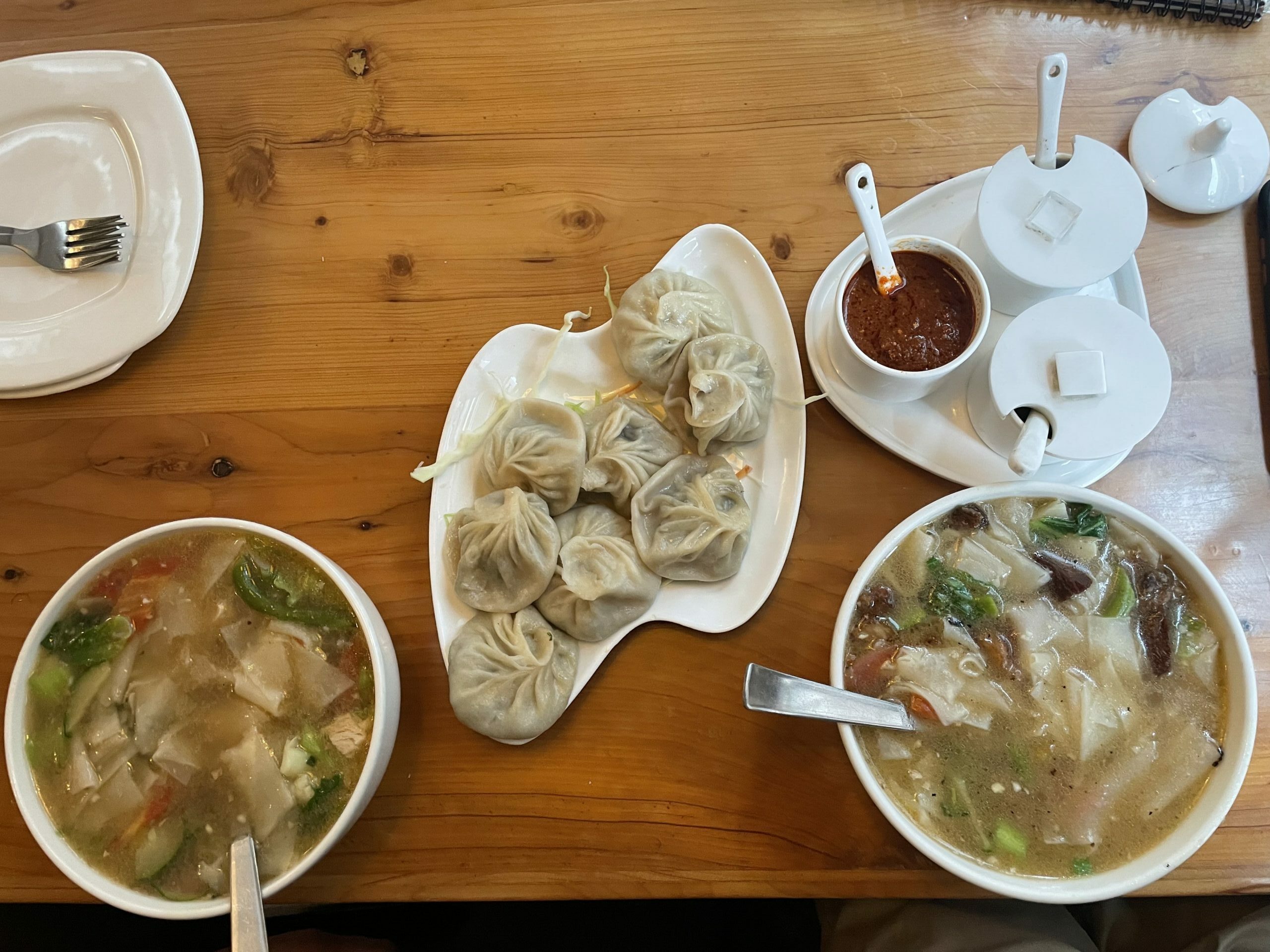 After spending a day just fooling around Mcleodganj and stuffing my mouth with as much delicious food as I could, I was put to do some hard work the following day.

Triund is a hilltop that is a 9km hike from Mcleodganj, at an elevation of 2,842 m above sea level. I started hiking up to Triund at 9am and reached the hilltop around 1pm, all while being accompanied by a stray dog, as seen in the photo below:

The hilltop gives a clear view of the vast snow-capped Dhauladhar range towards the east, and Mcleodganj down below towards the west. I enjoyed a hot cup of tea while basking under direct sunlight that calmed me down, while the occasional cool breeze, alongside the natural echo of the mountains, kept me alert.

My favourite game for 2022 has been Valorant. I’ve played roughly 671 competitive hours of the game, while Deathmatch, where the stakes aren’t so high, saw 115 hours of gameplay.

I started playing the game in 2021, though most of the hours put in came in 2022. I peaked at the ascendant rank earlier this year, but have currently fallen back to Diamond 2 due to a lack of playtime. 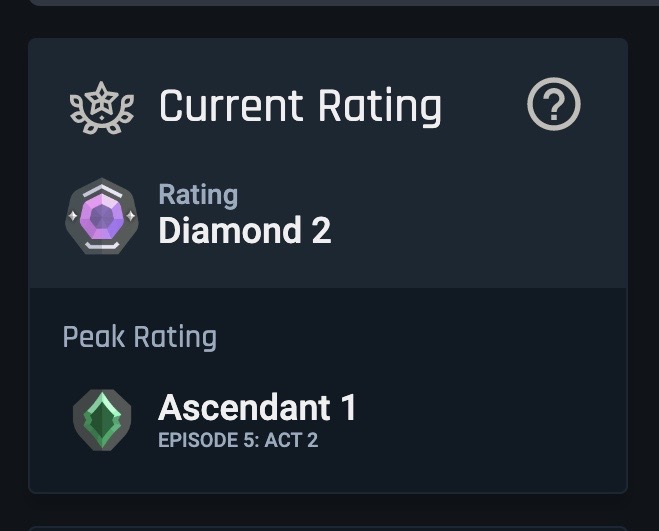 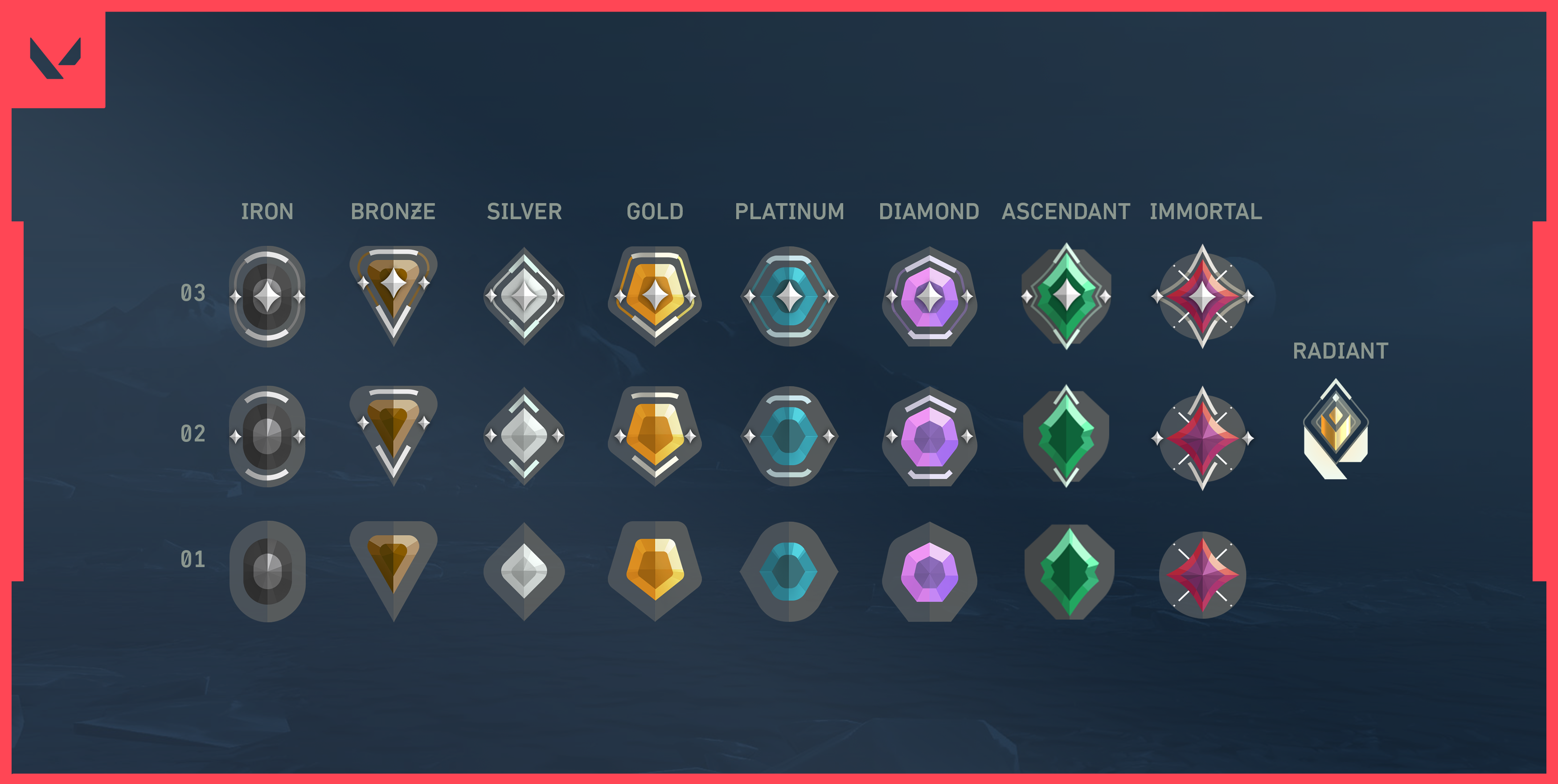 For those unaware, Valorant is a 5v5 team-based tactical first-person shooter, similar to CS:GO, with attackers, who are tasked with planting a bomb or killing all the opps, and defenders, who prevent the bomb from being planted.

The game is extremely unpredictable, and that’s what makes it worth playing. Communication between teammates is key to outplaying your opponents, while new maps, weapon skins, kill/headshot sounds, and agents with varying abilities keep the game exciting.

Experiencing an improvement in my aim, game sense, movement, awareness, and mental is what keeps me going.

The only part of the game I don’t like is the abundance of smurfs (those who create a new account to play against low-ranked players) in my competitive games that absolutely destroy my team, or vice versa, when I’m matched with players from a lower rank. Additionally, winning games is dependent on teamwork and communication, which means if you get one toxic teammate, or someone who leaves the game after a few rounds, the game is as good as lost.

I’ve primarily been a Windows user, using laptops and PCs running Windows XP or Windows 7 back in the day, to Windows 11 now.

In 2022, I dabbled with macOS and using a MacBook Pro, and I can say that the convenience of using a MacBook while being an iPhone user is something I was missing out on. I am using a 2020 13-inch MacBook Pro with a quad-core Intel i5 processor and 16GB of RAM, the one with the Touch Bar.

So far, I’m appreciative of how well-connected the MacBook is with the iPhone. For someone like me, who has to shoot and edit photos for stories regularly, being able to AirDrop photos between my Mac and iPhone without cables or slow software is a blessing. Similarly, automatic photo syncing through the Photos app is convenient when I have to transfer multiple photos from my phone to my Mac. 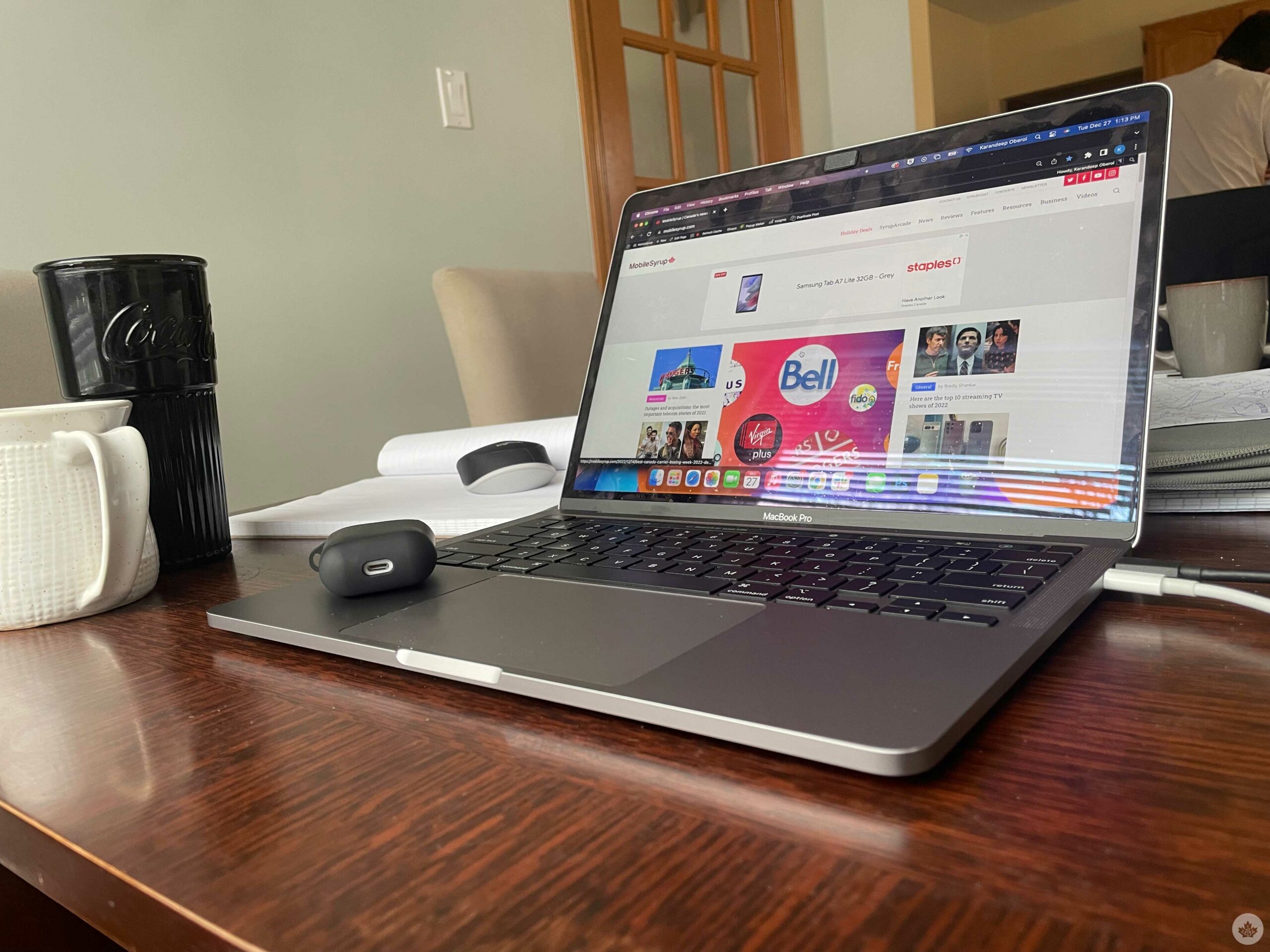 iMessage and FaceTime support means I don’t need to grab my iPhone until absolutely necessary, and the laptop’s light weight, quick boot-up time and efficiency while using Creative Cloud applications make it a portable and versatile choice.

The laptop hasn’t crashed or frozen once since I started using it earlier this year, all while using memory-hungry software.

The only drawback I’ve found is that the laptop runs for only roughly 4-5 hours per charge, while all other Windows laptops I’ve used in the past have had a more reliable run time.

A two-part story about cheap tech products written earlier this year was my favourite article to write for MobileSyrup.

While scouring a local Dollarama , my attention went toward the store’s variety of tech products, and that quickly turned into a story idea.

As expected, a bunch of Dollarama tech products weren’t up to the mark. A pair of headphones and earbuds turned out to be duds. On the other hand, testing out products that worked was a fun experience.

For example, ‘Tech1’s wireless Bluetooth speaker’ is a waterproof speaker with a suction cup that lets it attach to almost any surface, and the speaker holds on well. I still have the speaker, and it has found its home on the wall next to my shower. 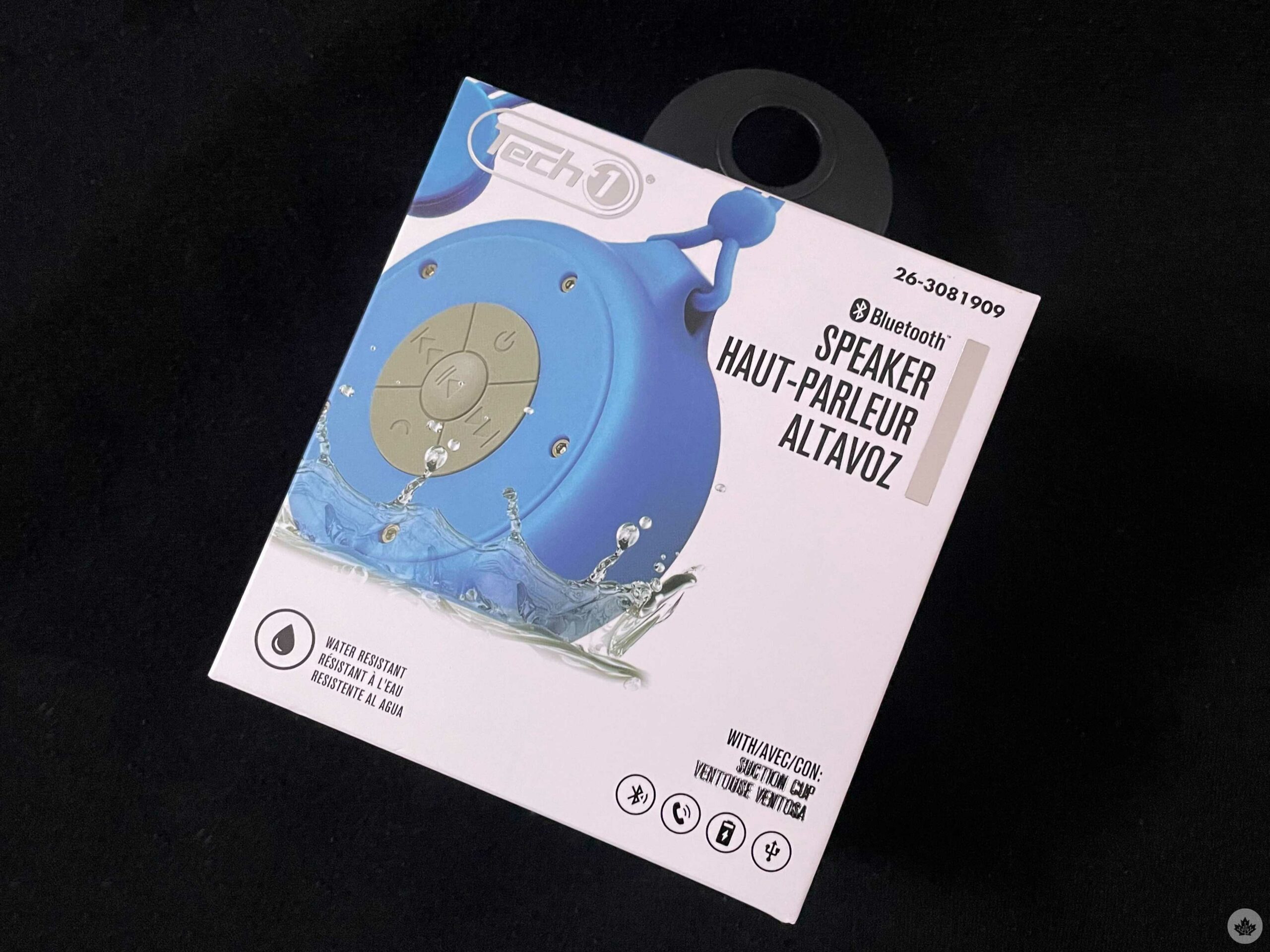 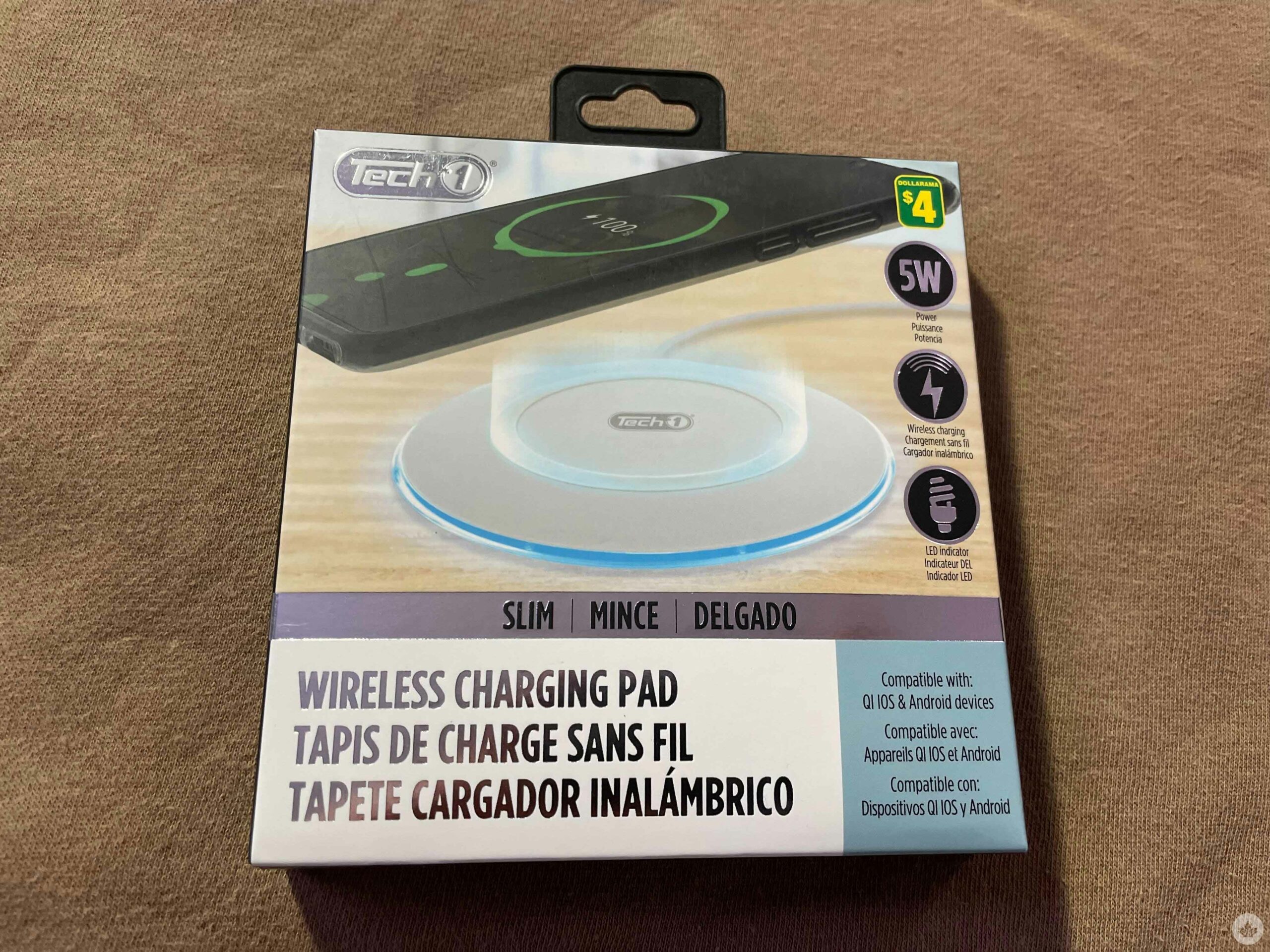 Similarly, a $4 charging pad charges all Qi-enabled devices with 5W speeds. The pad charges my iPhone 12 Pro in roughly four hours, and is powerful enough to charge the phone without me having to remove its silicone case. The pad still lies at my work desk.

On the other hand, while the store offers essential items at affordable prices, that doesn’t mean all of its products are sure to feel and function great, and I found that most people would be better off spending a tad bit more on a slightly more reliable gadget from Amazon.

Follow the links to read more: “Are there hidden gems in Dollarama’s tech section?” — Part 1 and Part 2.