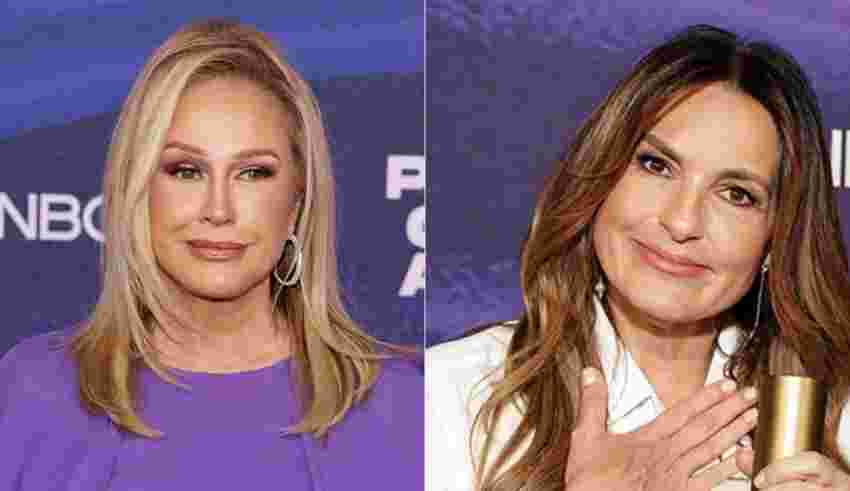 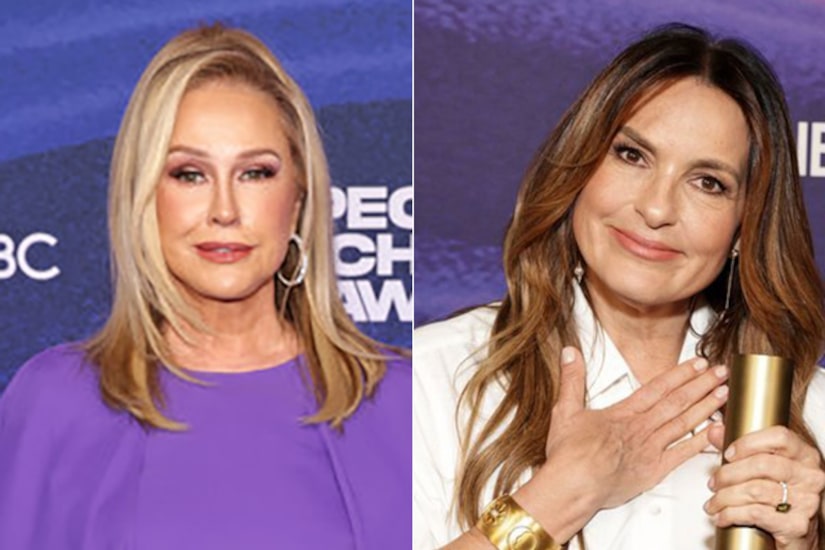 Kathy Hilton is ready for the holidays!

“Extra’s” Terri Seymour sat down with Kathy to talk about her new holiday sleepwear collection, the Kathy Hilton Pajama Collection from Sant and Abel.

Kathy also set the record straight on that gone-viral moment of her at the People’s Choice Awards, applying lipstick while Mariska Hargitay made her acceptance speech. She said, “I actually thought I was going to sneeze and you don’t want to hear me sneeze, it’s the loudest sneeze, I was looking for a tissue, I didn’t have a tissue or a hanky, so I got nervous and just put some lipstick on and it was during her speech so I thought the camera isn’t going to be focused on me.”

She showed some love for Mariska, saying, “I adore and I respect Mariska very much, I already reached out to her, DMed her, I want to get her address, I feel terrible.”

Looking at the camera, Kathy said, “I apologize, Mariska, I am really sorry… I look forward to talking to you.”

Hilton emphasized, “I would never do anything to be rude intentionally and I’m really sorry,  it was my first time being back on the stage with some of the girls too.”

Hilton gave an update on the “RHOBH” drama after seeing the ladies at People’s Choice Awards. She commented, “I had a very nice time.”

While she recently called Lisa Rinna a bully, things were “fine” between the two. She said, “We sat next to each other, talked, I was fine”

As for her sister Kyle Richards, Kathy shared, “It was great to see Kyle. I think that hopefully we will reunite during the holidays at some point. We have talked, texting.”

Will Kathy return to the show? She answered, “First, you have to be asked… If that happens, I think so.”

Reality drama aside, Kathy also opened up about daughter Nicky’s kids and new baby. She gushed, “Fabulous, so adorable, that little boy… They Facetime me and the girls are fussing over him, he is just so sweet… And Barron and Tessa they just their baby, Caspian is three months, so the two get together and we lay them down next to each other.”

Kathy is looking forward to daughter Paris, hopefully, welcoming a baby sometime soon too. She said, “It will be busy, busy here, but I love it.”

Discussing her PJ collaboration, Kathy pointed out, “Since I was a little girl at Christmas we would all get holiday pjs. When Sant and Abel called me and wanted a meeting, I thought, ‘Okay, I like that.’ We are doing this and we are doing one for mother’s day, they sold out, they are back in stock now, I really like that they followed every instruction.”

She stressed, “It’s all inspiration from things I collected the last 30 years.”

Kathy’s house is all decked out for the holidays and she is giving back with a PJ party and toy drive she recently hosted. She said, “Everybody was wearing the pjs and everybody brought a gift, something for Children’s Hospital LA.”