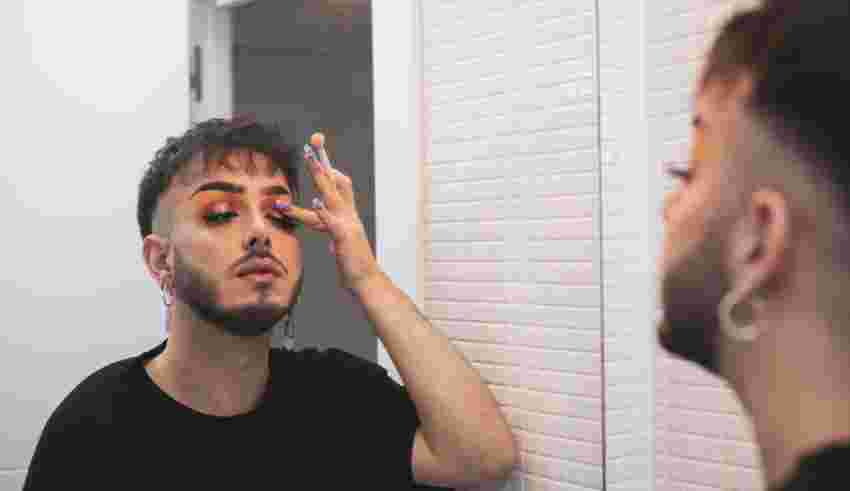 PORTSMOUTH, OH – When will citizens in America realize that coming together and organizing for peaceful and persistence demonstrations, marches, rallies, concerts – will work. Lots of unifying voices with the same diligent message will prevail. Determination and doggedness are the way to go with masses speaking out against trans biological males (whether heterosexual, homosexual, bisexual, transsexual) in female spaces and places. We must speak facts and truth.

It appears that men wearing black sweats with hoods ripped a sign away from peaceful women demonstrators. Were these males on bicycles radical trans, ANTIFA bullies, or both? Do female groups need to hire security during public protests? Or carry pepper mace spray and other protective devices?

Kudos for Murray and Watters for speaking out against violence toward biological females.

The radical trans bullies along with the violent ANTIFA domestic terrorists know that they will be defeated by masses of citizens joining together in communities, cities, counties, states, and the entire country. It’s time for truth to prevail and for patriots to use their backbones to protect females from bio males in our bathrooms, locker rooms, and prisons – all bio females from the youngest to the oldest. No trans (bio males) in the same bedrooms with bio females at overnight camps. And no trans (biological males) in female sports – at any time or anywhere in the USA.

“Are the Antifa Terrorists? Feds Have Reportedly Classified Their Activities as ‘Domestic Terrorist Violence’,” is a 2017 news article in Newsweek.

Why isn’t the FBI and DOJ protecting biological females? The corruption of FBI and DOJ is being called out for investigation by Republicans:

GOP House Members Release 1,000 Page Report Alleging Department Of Justice Is “Rotted At Its Core,” And Breeds “Culture Of Unaccountability”

Adults should be protectors and defenders of children:

Are the tides turning as adults stand up for children against trans bio males in female places?

A 2022 commentary in Townhall asserts, “Parents across America were appalled at reports out of Loudon County, Virginia, that a “gender-fluid” 14-year-old biological male sodomized and raped a freshman girl in a public school bathroom last year. The boy was “wearing a skirt” at the time.”

The article continues, “The school district apparently tried to conceal the crime, and the boy received only a mild punishment. He subsequently assaulted another girl at a different public school. When the first victim’s father showed up at a school board meeting demanding answer, the Biden administration was asked to investigate him as a “domestic terrorist.””

Loudoun County Superintendent Scott Ziegler fired after grand jury report on handling of sexual assaults, is a recent report by Fox News. “The father alleged the district had attempted to cover up his daughter’s assault to advance its transgender policy, which had been subject to parental protests at LCPS school board meetings.”

A 2017 article in The Christian Post, reported, “Transgender Bathroom Policies Have Led to 21 Attacks on Women: FRC.”

A 2016 article in The Daily Wire revealed, “5 Times ‘Transgender’ Men Abused Women And Children In Bathrooms.”

Standing Up Against Bio Males in Bio Female Spaces:

Oklahoma father fights back against transgender bathroom rule in daughter’s school: People are standing up, according to an April 20, 2022 report at Fox News.

“Virginia girl slams school board for transgender locker room policy,” is a 2021 news article in the New York Post.

How can states fight for children? Read what Tennessee is doing:

Every sane and sensible parent and adult in the school system, community, city, and state should stand up for children and say: No biological males in biological female spaces and places.

The transgenderism cult movement must be kept out and kicked out of our schools, libraries, sports, and prisons. Females must be protected and defended against trans bio males.

Groups and organizations standing up for the rights of biological females: The Heritage Foundation, Promise to America’s Children, Family Policy Alliance, Alliance Defending Freedom, Freedom for all Americans.