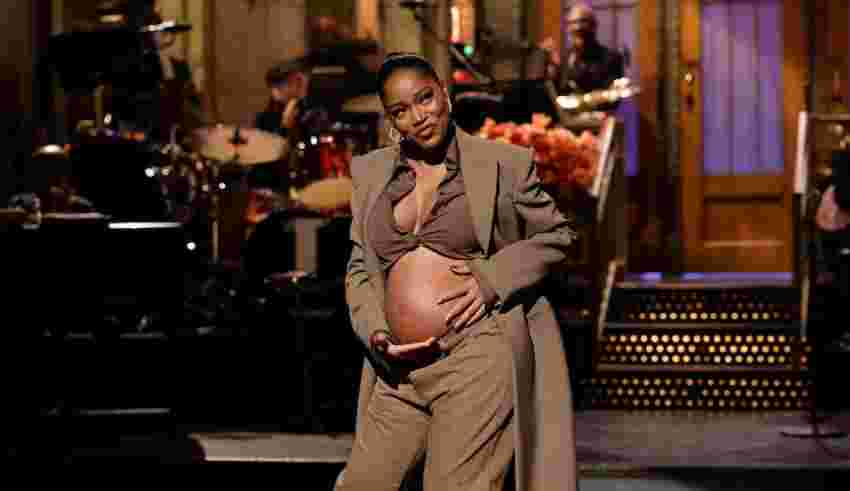 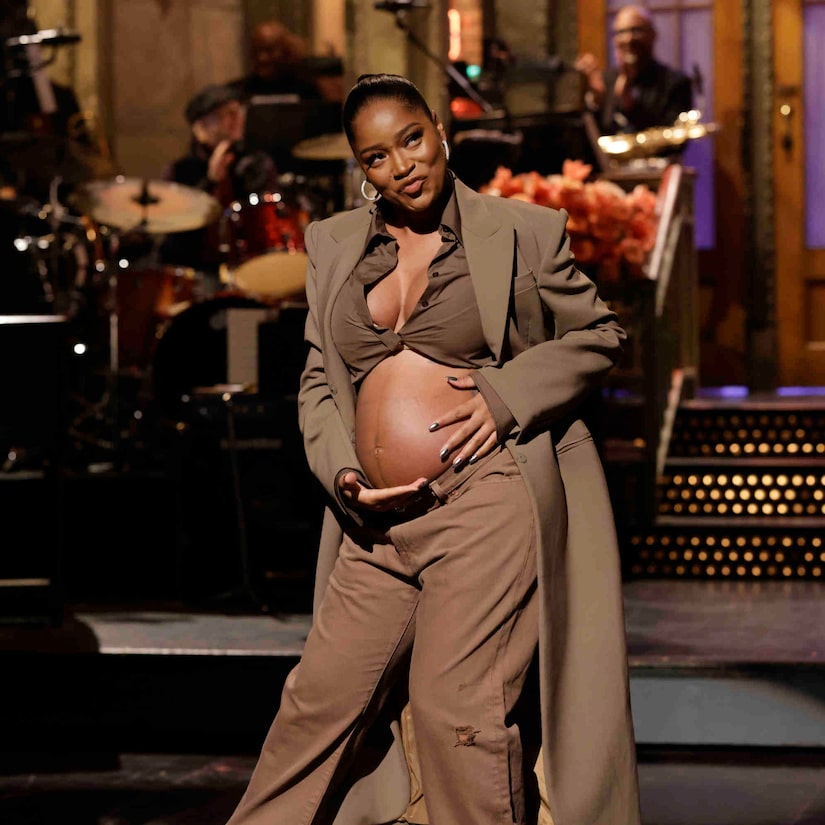 In a feel-good monologue people will be talking about for a long time, Keke Palmer used her first hosting gig at “Saturday Night Live” to set the record straight about pregnancy rumors — dramatically revealing her baby bump!

“I’m especially glad to be here, though, because there’s some rumors going around,” she teased. “People have been in my comments saying, ‘Keke’s having a baby, Keke’s pregnant.’ And I wanna set the record straight — I am!” With that, she threw open her stylish coat to show off her midsection.

She went on to joke, “It’s bad when people spread rumors about you, y’all, but it’s even worse when they’re correct!”

Calling it the “biggest blessing” that she will soon be mom, she noted that some fans are freaked out that the former child star — she headlined Nickelodeon’s “True Jackson, VP” and made an auspicious film debut in the film “Akeelah and the Bee” — but, “I’m 29, I’m grown, I have sex, I own a home, I stormed the Capitol on January 6th… you know, things adults do!”

The rest of her monologue included a story about Lawrence Fishburne yelling at her during the filming of “Akeelah” for laughing during a serious scene, Aziz Ansari offering her stand-up advice, some unsubtle “manifesting” about a possible “Nope” Oscar nomination, and a touching realization that rather than being like Maya Rudolph, Eddie Murphy, or Kristen Wiig, “Baby, I’m Keke Palmer!”