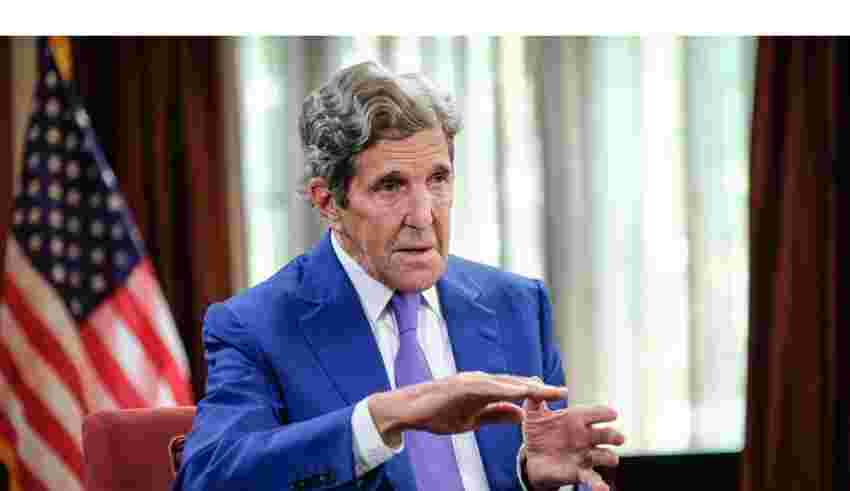 Kerry will outline a framework for the program, which will involve the US and other partners, at the COP27 climate summit in Egypt’s Sharm el-Sheikh.

The planned announcement follows months of talks with Wall Street banks, philanthropic groups and other would-be investors aimed at mobilizing some of the trillions of dollars that will likely be needed to curb global warming.

Carbon credits are typically issued by entities that are making a positive contribution to the climate, such as planting trees or installing renewable power. Companies can then purchase those credits to offset the planet-warming emissions they produce.

Voluntary offset programs are gaining popularity despite mounting skepticism over whether they’re effective in reducing emissions.

The new initiative, which will be fleshed out over the next year, seeks to avoid those pitfalls. It is designed to encourage poorer countries to develop renewable energy while also avoiding new fossil fuel projects that would negate the climate impact.

The aim is to establish safeguards that ensure the credits support a just energy transition and result in verifiable environmental progress, said a person familiar with the matter, asking not to be named because the framework is not yet public.

The focus on private sector funding reflects Kerry’s assessment about the limits of the federal government’s reach in tackling climate change.

Even under Democratic control, the US Senate and House of Representatives did not supply requested funding for international climate finance in fiscal year 2022. If Republicans gain control of one or both chambers in Tuesday’s midterm elections, future dollars may be in jeopardy.

The US has a financial obligation to meet, Gina McCarthy, the former White House national climate advisor, said in an interview at COP27.

“How you address that obligation with a Congress that won’t give you the resources you need is, I think, what Secretary Kerry is trying hard to figure out at this point,” she said. “Maybe we need to think differently about how to offer that support,” including through US-honed technology.

As US special presidential envoy for climate, Kerry has frequently looked to the private sector to help fill the financing gap.

He also persuaded Fortune 500 companies to commit to buying near-zero-carbon steel, cement and other products that are not yet commercially available to help bring them to market.

“We’re working on a way to attract private capital to the table in a way that has environmental integrity” and “which can accelerate the deployment of funds,” Kerry said in an interview last month.