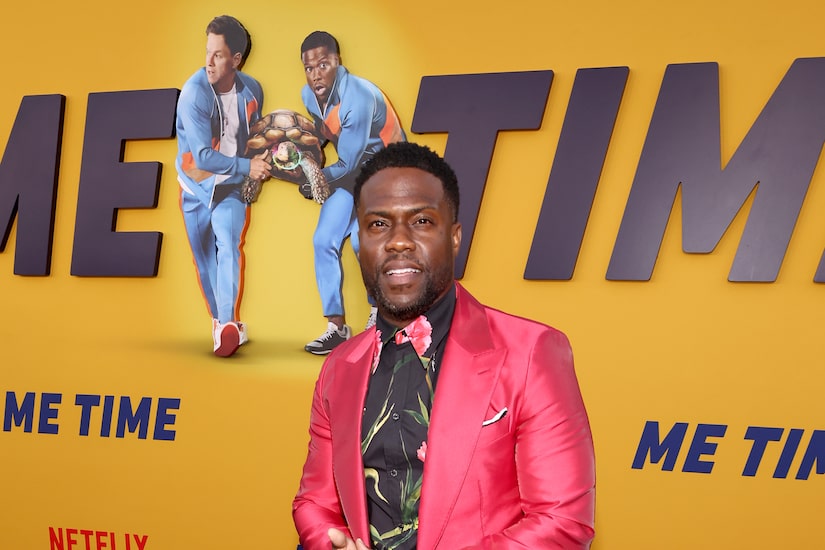 On Tuesday night, Kevin Hart hit the L.A. premiere of his new comedy “Me Time,” which co-stars Mark Wahlberg and Regina Hall.

“Extra’s” Jenn Lahmers spoke with Hart, who shared his reaction to rumors that a Will Smith Netflix documentary is in the works.

Along with saying he likes the idea, Kevin said, “Will will be fine. Nobody’s perfect, and owning up to a mistake is as big as anyone can be, and his role to working on himself is something that will never end for him, for me, for anybody else.”

In March, Smith was slammed for slapping Chris Rock at the Oscars over a joke about Jada Pinkett Smith.

Calling himself a fan of Smith, Hart added, “We love Will. Through his trials and tribulations, we’ll love him more. I support Will still. I can only hope that him and Chris [Rock] mend the problems that they have, but we are all about positivity here.”

In July, Hart gifted Rock a goat named Will Smith. He quipped, “Chris got the goat… that’s Chris’ goat.”

“I gave him a gift, that’s not my responsibility,” Hart joked. “Chris is a GOAT, that’s why I gifted him a goat.”

In “Me Time,” Hart plays a helicopter parent, but says he’s anything but that in real life!

When Jenn asked for some parenting advice, he said, “No baby-proofing!”

Hart stressed the importance of letting children learn through experience.

As for Mark’s nude scene, Hart quipped, “Look, we made a decision. We said, ‘It’s you or me. If it’s me, we’re making a different movie.’ At this point, we don’t want to go that dark, so we said, ‘Let’s go with a lighter version of it, something that people would be okay with,’ so we chose Mark.”

“Me Time” streaming on Netflix August 26.