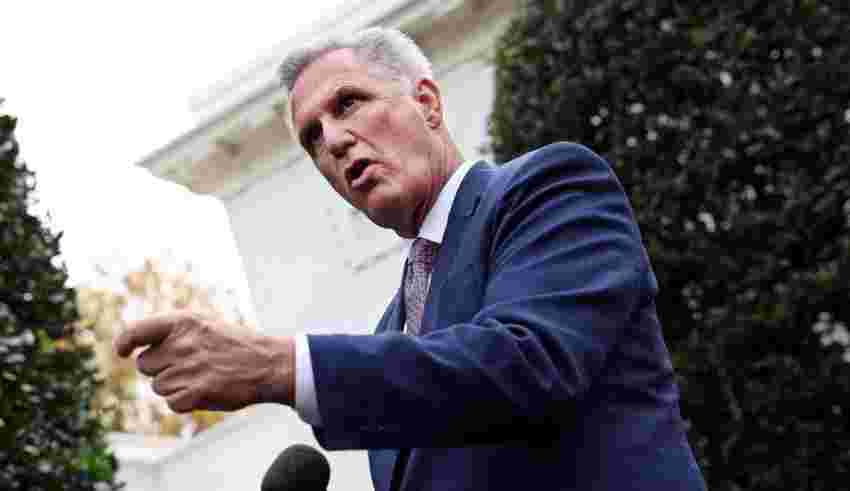 LOS ANGELES, CA – Media, continuing on its desperation to spin every minutiae in politics as bad for Republicans, touted Democrats’ unity around Hakeem Jeffries as some sort of win. Meanwhile, the 15 rounds of votes to eventually get McCarthy in as speaker was supposed to be a bad thing and some kind of proof of Republicans’ incompetence. I beg to differ.

What’s truly bad and has sadly become commonplace in politics, is a coronation. No one should be put into a position of power without promises for a clear direction for governance or measures that discourage or ignore accountability. This mentality being touted by many in the media is outright misguided and based on shallow assumptions that make them look like gossipy high school girls instead of serious journalists, which we know they’re not, based on their track record. But alas, it still needs to be called out.

While I don’t have any special love for a perennial politician like McCarthy, I am fine with the outcome as long as his feet are held to the fire. This is where accountability from “We the people” matters. As a registered Independent and Vice President of the American Independence Party in California, the 20 holdouts that were comfortable enough to shake up the political status quo, is exactly what I stand for as someone seeing things through the lens of outcomes, positive results and accountability. It is also the sentiment of many in the current Republican and conservative base, as well as a sizable swath of Democrats, namely people like Tulsi Gabbard and Kyrsten Sinema.

The 20 holdouts and the slim House Republican majority have ended up becoming a blessing, raising the stakes for responsible and accountable governance while also serving as a change-pushing force in a body that has been more concerned with ceremonial processes than results for the people. This is a simple write up to say, “Kudos on challenging the status quo, and getting more transparency around agendas going forward and holding a perennial politician like Kevin McCarthy accountable going forward to the people’s agenda”.

So it took a few extra days and rounds of voting. We should never be in a hurry to move things forward on things of grave importance to our country and the citizens. The media is shameless for ignoring this fact.