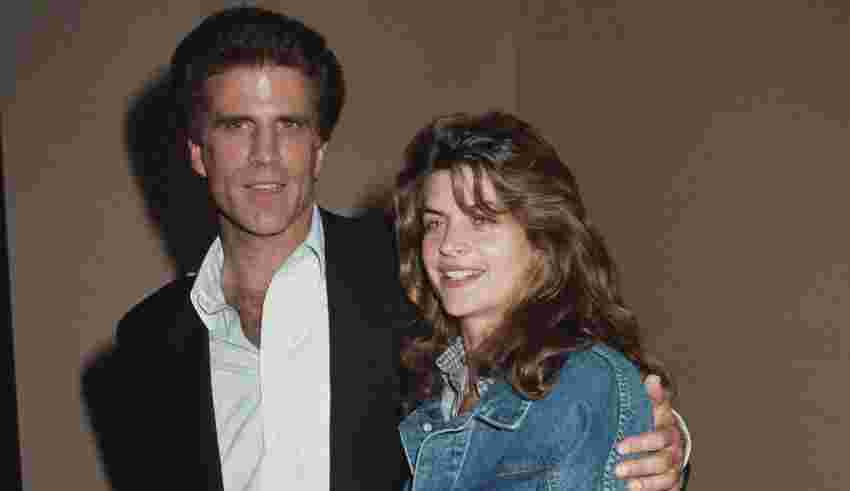 Her children True and Lillie announced the news on Instagram, writing in part, “To all our friends, far and wide around the world… We are sad to inform you that our incredible, fierce and loving mother has passed away after a battle with cancer, only recently discovered.”

After the news broke, Alley’s famous friends reacted to the news.

From 1987-1993, Alley rose to fame with her role as Rebecca Howe on 148 episodes “Cheers” after original lead Shelley Long left.

Her co-star Ted Danson told People that he had just watched an episode of “Cheers” before hearing of Alley’s passing.

“I was on a plane today and did something I rarely do,” Danson said in a statement. “I watched an old episode of ‘Cheers.’”

He continued, “It was the episode where Tom Berenger proposes to Kirstie, who keeps saying no, even though she desperately wants to say yes,” the actor continued. “Kirstie was truly brilliant in it. Her ability to play a woman on the verge of a nervous breakdown was both moving and hysterically funny.”

He closed with, “As I got off the plane, I heard that Kirstie had died. I am so sad and so grateful for all the times she made me laugh. I send my love to her children. As they well know, their mother had a heart of gold. I will miss her.” 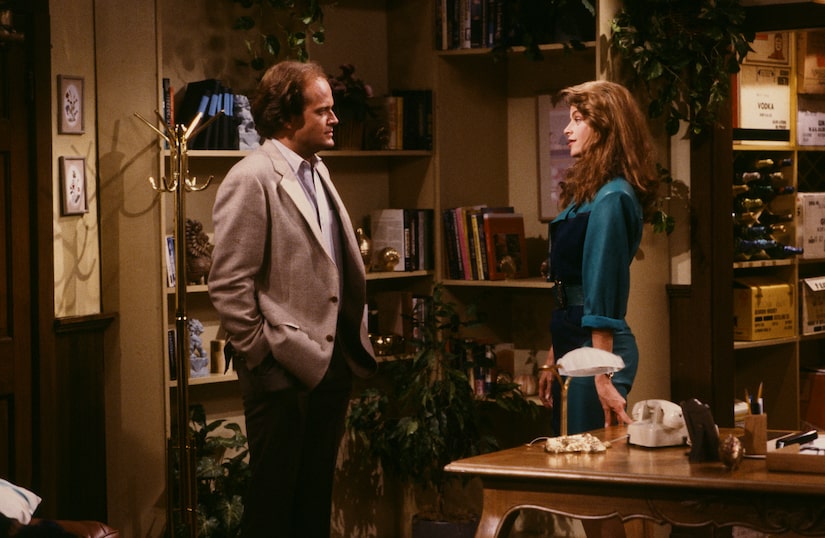 Another “Cheers” cast member, Kelsey Grammer, shared with People, “I always believed grief for a public figure is a private matter, but I will say I loved her.”

Rhea Perlman also spoke out with her own statement to the magazine, saying, “Kirstie was a unique and wonderful person and friend,” she said. “Her joy of being was boundless. We became friends almost instantly when she joined the cast of ‘Cheers.’ She loved kids and my kids loved her, too. We had sleepovers at her house, with treasure hunts that she created.”

Perlman added, “She had massive Halloween and Easter parties, and invited the entire crew of the show, and their families. She wanted everyone to feel included. She loved her children deeply. I’ve never met anyone remotely like her. I feel so thankful to have known her. I’m going to miss her very, very much.” 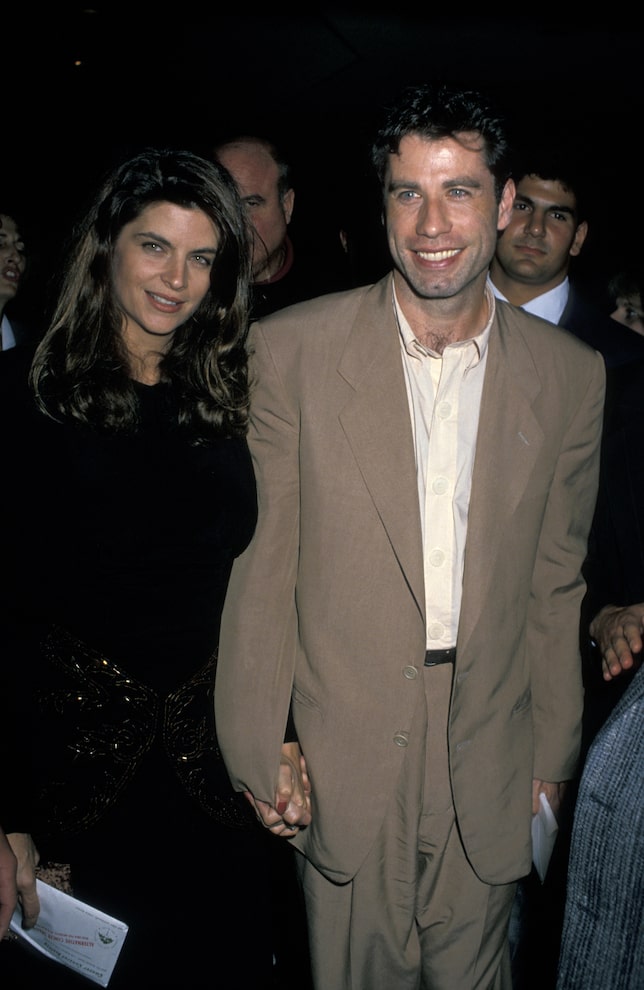 Kirstie’s “Look Who’s Talking” co-star John Travolta remembered Alley on Instagram, sharing, “Kirstie was one of the most special relationships I’ve ever had. I love you Kirstie. I know we will see each other again.”

Alley’s ex-husband, actor Parker Stevenson, shared his thoughts on Instagram, writing, “Dear Kirstie, I am so grateful for our years together, and for the two incredibly beautiful children and now grandchildren that we have. You will be missed. With love, Parker.” 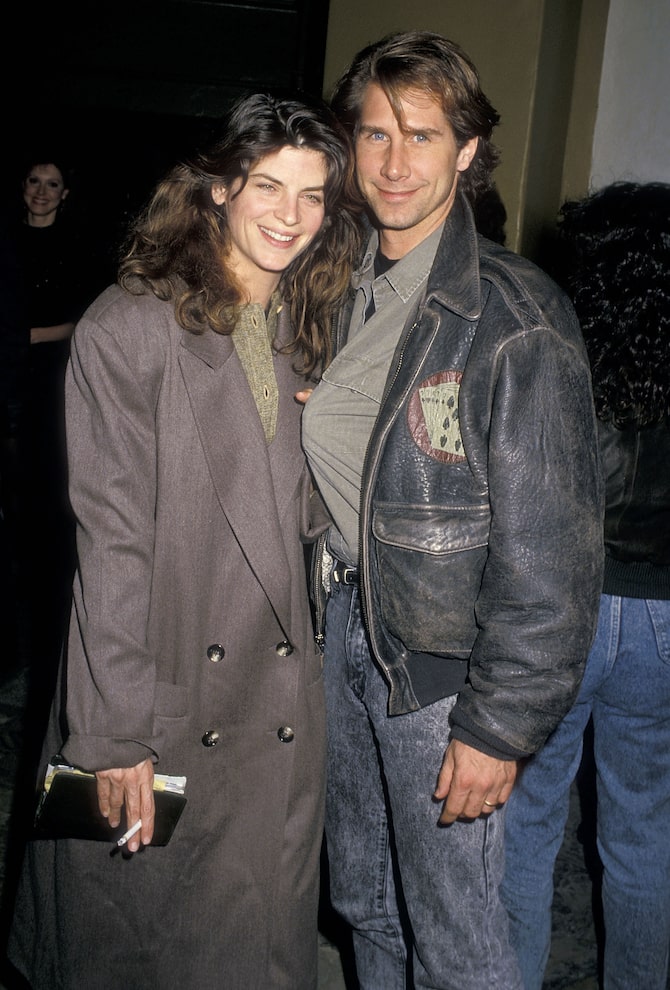 Tim Allen, who starred alongside Kirstie in “For Richer or Poorer,” tweeted, “A sweet soul pass on in Kristie Alley. Sad, sad news. Prayers for all her family.”

Steve Guttenberg and Kirstie appeared in “It Takes Two” together. Steve shared a sweet story about Alley on Instagram, writing, “Kirstie met me at her house with a tuna sandwich on my favorite bread. ‘Steve, I know all about you and your love of rye bread… eat some tuna.'”

He added, “We were rehearsing ‘It Takes Two’, and every day she amazed me with her generosity of the tangible and with her soulfulness. The world is a bit empty without Kirstie.”

Jamie Lee Curtis remembered her “Scream Queens” co-star fondly, writing on Instagram, “I’ve just heard the sad news that Kirstie Alley has died. She was a great comic foil in @tvscreamqueens and a beautiful mama bear in her very real life. She helped me buy onesies for my family that year for Christmas. We agreed to disagree about some things but had a mutual respect and connection. Sad news.”

Her “Dancing with the Stars” pro partner Maksim Chmerkovskiy wrote a letter to Kirstie on Instagram about their “wild roller coaster” of a relationship.

“My dearest Kirstie, We haven’t spoken lately and I’ll tell you everything when I finally see you, but for now I want to say that I love you very much and I wish you the most peaceful rest. You were one of the most unique people I have ever met and easily one of the brightest moments of my personal and professional life. Some of our relationship is heavily documented. Most of it is known to select few. All of it was like a wild roller coaster. From Maude to DJ Lil Buttercup you were always all in for life.”

Maks continued, “As I’m typing this, memories of our time together rush to my head, I remember how absolutely wild you were and I start to tear up. Something you’d absolutely hate. And now I can’t help but smile because I remembered exactly what you wanted me to say at your funeral. Don’t think I can do it here…”

He ended with, “I thought you’d be around forever. I wish we spoke often. Thank you for everything. I love you Kirstie Alley. RIP.”