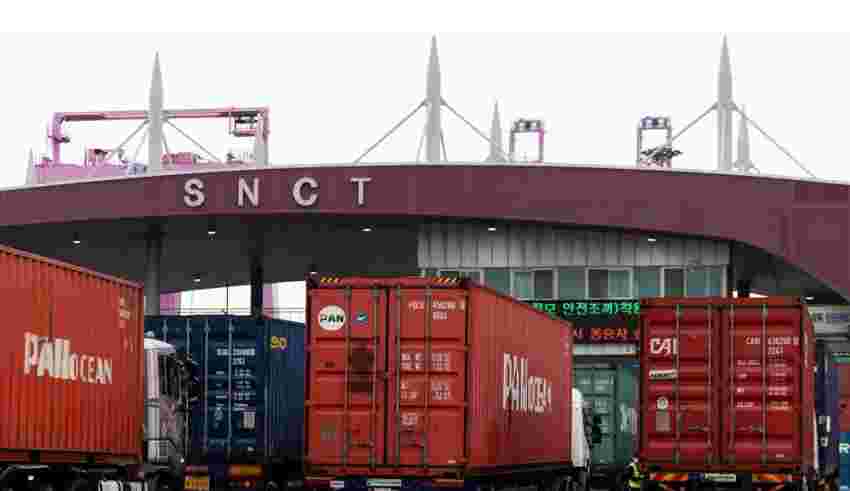 (Bloomberg) — Truckers in South Korea are planning to go on strike for a second time this year, threatening again to disrupt global supply chains for everything from automobiles to fuel.

The Cargo Truckers’ Solidarity division of the Korean Public Service and Transport Workers’ Union is asking members to stop work nationwide from 12 a.m. on Nov. 24, Yeonsu Park, a union spokeswoman, said on Monday.

The union decided to resume the strike after months of negotiations with the government failed to extend or expand a system calculating minimum wages based on operating costs, Park said. She added that the government is likely to react more harshly to the latest worker action.

“We expect the government to crack down harder on our strike this time, as it was criticized by some for being lenient on the previous one,” Park said.

South Korea’s labor minister Lee Jung-sik urged labor unions to refrain from strikes and rallies, and to resolve issues through dialogue, considering the difficult economic conditions. He said the government would sternly respond to any illegal activities by unions.

A work stoppage risks a repeat of the turmoil in June, when thousands of drivers staged protests that caused production disruptions costing about 1.6 trillion won ($1.2 billion), according to government estimates. Auto, petrochemical, steel and other key industries were hit as companies from Posco Holdings Inc. to Hyundai Motor Group curbed output.

The union said in a statement the latest strike is expected to again lead to “extreme slowdowns” in fuel and automobile shipments. Transport of goods in and out of all major ports and industrial complexes such as Yeosu, Ulsan and Pohang would be affected.

Another strike would add more pressure on President Yoon Suk Yeol, who is trying to keep the country’s economy on track as rising energy prices spur inflation, while a slowdown in global growth curbs exports. The latest action comes as truckers worldwide are showing growing discontent over surging fuel costs, sparking protests from California to Argentina and Bangladesh.

South Korean truck drivers in June returned to their jobs after the government agreed to work on extending the system guaranteeing minimum wages, though the union said at the time it was prepared to hold another round of strikes if the settlement wasn’t adopted more permanently.

The union is also demanding that the wage system be expanded beyond the cement and container industries to others including drivers of petroleum and grain trucks. There are five bills proposed by lawmakers on the matter, but nothing has been passed yet, according to Park.

“The government is favoring the owners of cargoes only,” she said.