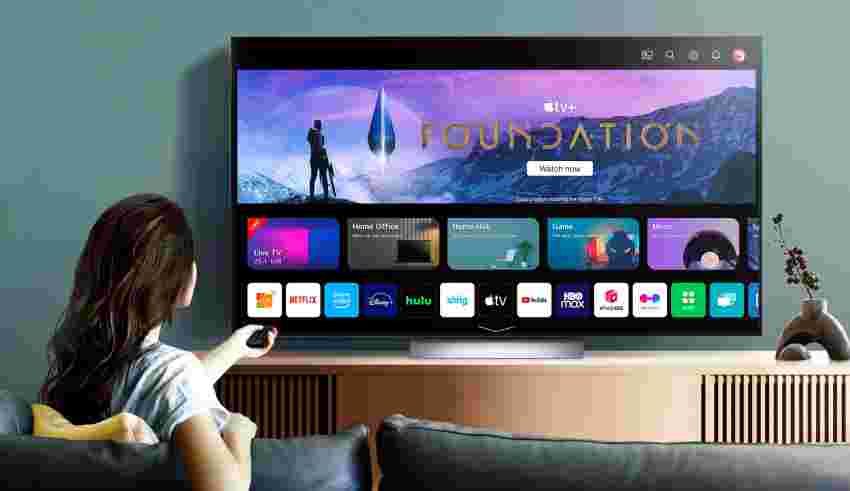 LG is refreshing its OLED TV lineup for the upcoming year, and the main upgrade over its predecessors is a significantly brighter display.

As first reported by TechGoing, LG’s certain G3 TV series models are gaining a new ‘per-pixel Brightness Booster Max’ feature that promises an up to 70 percent brighter picture that lets the display shine bright even under direct sunlight, perfect for day-time viewing in well-lit rooms. According to the report, the TV’s would reach a max brightness of 1,800 nits.

LG’s updated G3, alongside the C3 and Z3 all use a new a9 Gen 6 processor that is reported to offer AI upscaling, HDR tone mapping, alongside object-based picture sharpening. The processor also enables AI audio processing for 9.1.2 channel surround sound via the built-in TV speakers.

The 2023 lineup of LG OLED TVs will continue to feature four HDMI 2.1 ports (two on the LG B3) alongside support for 4K at 120FPS, HDR10, Dolby Vision and Dolby Atmos, and would introduce LG WebOS 23 with a simplified look with support for quick cards and tab navigation.

Pricing and availability for LG’s 2023 OLED TV lineup have not yet been revealed. LG’s 2023 OLED TVs will be on show during CES 2023 from January 5th to 8th at the company’s booth. Learn more about the lineup here.