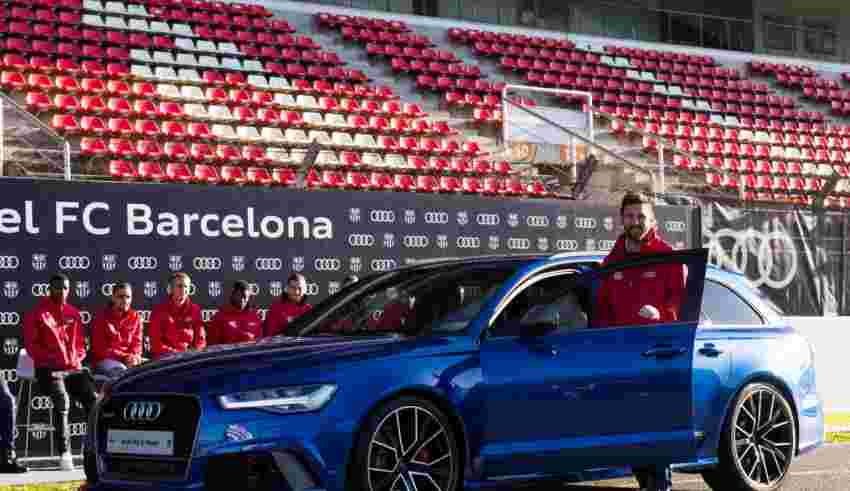 Even if you’ve never watched a football match in your life (soccer for you Americans out there) you’ve probably heard of Lionel Messi. The Argentine sports superstar is arguably the most famous athlete in the world, and many fans claim him to be the greatest that’s ever played the sport. Among Messi’s accomplishments are six Ballon d’Or awards, a long stint playing for one of the greatest teams in history, Barcelona, the 2009 FIFA Player of the Year, the 2019 Best FIFA Men’s Player, and a long list of most goals in a variety of football leagues. He’s scored well over 700 goals throughout his career, leading to six separate Golden Shoe trophies. And, most recently, he is now a World Cup Champion after defeating France in the 2022 World Cup Final.

As you might expect, such fame and notoriety have some monetary perks. Some may not realize just financially successful he is though. Many estimates show Lionel Messi has a net worth of $600 million. What’s one man to do with all that wealth? In short, whatever he wants, and what Lionel Messi wants are cars.

Not everyone realizes that Messi is a car enthusiast, and with that kind of capital, he’s managed to build a seriously impressive garage. Lionel Messi’s car collection is one for the books, filled with supercars and luxury cars. How many cars does Messi own? Depending on when you ask, Messi owns between 10 – 15 cars, and these are no simple vehicles. Today we’re going to break down Messi’s car collection list. This list may change in the future, but this is the current Messi car list for 2021.

When it comes to sports cars, Messi seems to favor Italian automakers. The spider is the convertible version of the F430. Unveiled in 2005, the F430 Spider has the classic, sleek look that is iconic to the Ferrari brand. This powerhouse produces up to 503-hp for staggering speed and performance.

The futuristic gull-wing door design of the SLS AMG calls back images of the classic DeLorean with a modern twist. SLS stands for super light sport, and the car earns the title. While the DeLorean favored style over substance, the 563-hp SLS AMG balances both.

Messi’s love for Italian sports cars continues on through this upper-tier Maserati. Though simpler in appearance to many of Messi’s other sports cars, the Granturismo MC Stradale is elegant in design. It may not turn heads quite as fast as a Ferrari, but once it does, it holds attention nicely.

Messi’s Italian enthusiasm brings us to one more outstanding sports car. The Pagani Zonda Tricolore is among the most eccentric cars in his collection, with funky curves and a domed interior making it look like something out of the future. The unique body shape goes nicely with the titular three-color paint job. Did we mention there are only three of these in the world?

Messi is a brand ambassador for Audi, so it should come as no surprise that several are included in his collection. Unlike lots of other sports cars, the Spyder emphasizes its lush and luxurious interiors, Lionel can be comfortable as he zips around on the motorways.

The Escalade has a long history in pop culture. Featured in songs by Jay-Z and Jennifer Lopez and in countless movies, The Escalade is synonymous with wealth and class. No fancy car collection is complete without one. It’s the perfect choice for when Messi wants to travel with a group of companions in style.

A surprisingly modest inclusion in Messi’s collection, the Range Rover Evoque is less expensive than its pricier siblings. However, it’s still an incredible luxury SUV.

Ever dreamed of a luxury SUV that drove like a high-end sports car? Apparently, Messi did. The Range Rover Sport SVR delivers an incredible 575-hp. It is arguably the most powerful and best-performing vehicle in the Range Rover catalog. Needless to say, Messi had to have one.

Messi rounds out his Range Rover collection with the SV Autobiography, which many call the ultimate luxury vehicle. It’s the crown jewel of the Range Rover lineup, coming in at over $200,000 for the decked-out edition.

Audi refers to this model as a luxury performance wagon. With a decadent interior and an engine that produces 591-hp, it does seem to pretty much have it all. This one is also another hybrid.

If Lionel is to be a proper brand ambassador for Audi, he has to run the gamut of their styles in his collection, right? The Spyder V10 has him covered in the sports car department, but the A7 acts as his luxury executive car, and the Q7 and Q8 cover him for luxury SUVs. The Q7 and Q8 aren’t that different, but when you’re that wealthy, why not have both?

The presence of a Mini Cooper in Messi’s collection leaves us wondering if he’s a fan of The Italian Job. As he often does, Messi favors the convertible version of this iconic, quirky vehicle. It may seem like an odd duck in his collection, but there’s no denying that Minis can turn some heads.