While the leak has been pulled from Twitter (via a Logitech DMCA), Evan Blass posted several images of the Switch-like handheld. The standard-looking portables features left and right joysticks alongside ‘A,’ ‘B,’ ‘X,’ ‘Y’ buttons, a home button, shoulder buttons and Logitech’s ‘G’ logo. 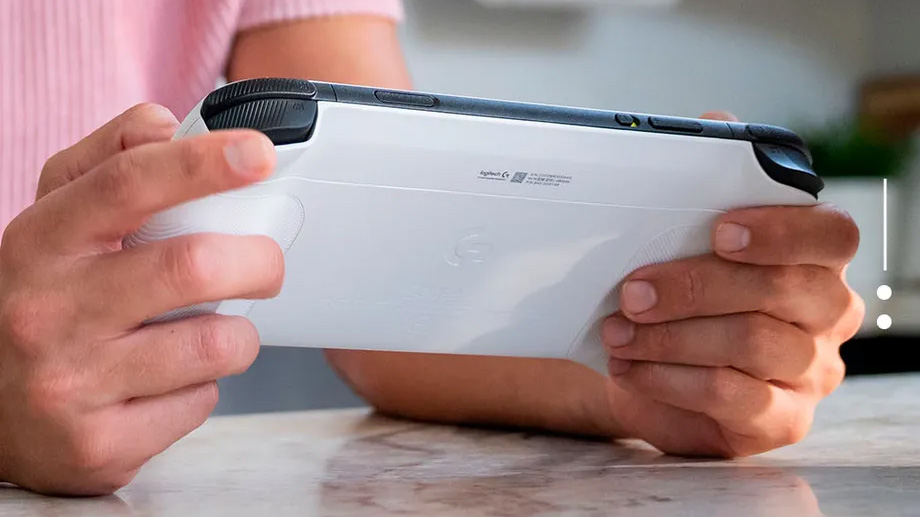 Unlike its key competitors in the portable gaming space, Logitech’s handheld seems to be focused on streaming games from cloud services like Xbox Cloud Gaming and GeForce Now, rather than onboard hardware.

Since Android powers the device, it makes sense that it’s also compatible with games from the Google Play Store, Chrome, YouTube and more, though Steam also appears on the home screen alongside a user profile, messages, settings and power.

With this in mind, it seems like Logitech’s portable gaming device will be surprisingly capable and able to run both cloud-powered platforms, Android games and possibly even Steam titles. It’s unclear what hardware is featured in the device, but it could be part of Qualcomm’s G3x platform handheld gaming platform that features an Adreno GPU.

There’s currently no information on the release date or how much it will cost.