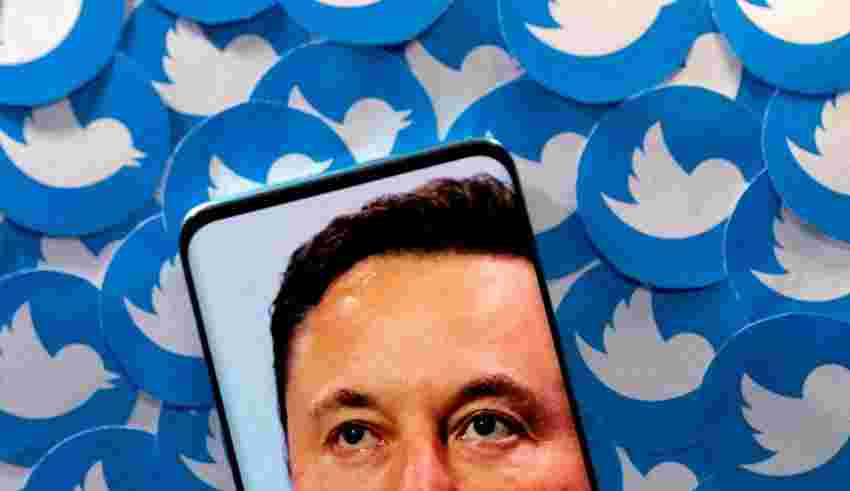 The bill for Elon Musk‘s purchase of Twitter is coming due, with the billionaire facing unpalatable options on the company’s enormous debt pile, ranging from bankruptcy proceedings to another costly sale of Tesla shares.

Three people close to the entrepreneur’s buyout of Twitter said the first instalment of interest payments related to US$13 billion of debt he used to fund the takeover could be due as soon as the end of January. That debt means the company must pay about US$1.5 billion in annual interest payments.

The Tesla and SpaceX chief financed his US$44 billion deal to take Twitter private in October by securing the huge debt from a syndicate of banks led by Morgan Stanley, Bank of America, Barclays and Mitsubishi. The US$13 billion debt is held by Twitter at a corporate level, with no personal guarantee by Musk.

Since the takeover, Musk has raced to cut costs, such as firing half the company’s staff, while seeking new revenue streams, such as launching its Twitter Blue subscription service.

The company’s dire finances — it made a loss of US$221 million in 2021 before the acquisition and Musk has said revenues have declined since — have led the new owner to regularly raise the prospect that the company could crash into bankruptcy.

How Musk deals with the looming interest payment is a crucial test of his leadership of Twitter, which has so far been marked by chaotic management that has alienated its corporate advertisers.

“This company is like you’re in a plane that is headed towards the ground at high speed with the engines on fire and the controls don’t work,” Musk said last month.

If Twitter did not make its first interest payment, it would join a small but notorious club of companies dubbed “NCAA” by debt traders — short for “no coupon at all” — that includes U.S. car rental company Hertz and German payments group Wirecard.

Such a default on its debt would probably result in Twitter’s management filing for bankruptcy, at which point the U.S. courts would begin an expensive and bureaucratic debt restructuring process.

Musk could avoid this fate by settling the interest from Twitter’s dwindling cash reserves or selling more equity in the company to fund the payments — both painful options. The business has a cash position of about US$1 billion, Musk has said. He has also warned that its net cash outflow could be about US$6 billion next year without additional cost-saving measures.

Rising interest rates mean the debt will become more and more expensive, at the same time as Twitter’s enterprise value has been damaged.

Bankers and experts observing the deal said Musk was unlikely to file for bankruptcy, which would risk him losing control of the business.

Instead, his options include cutting a new deal with lenders, such as a debt-for-equity exchange at a discount to the debt’s face value, or finding alternative ways to fund its interest payments as he plays for time to turn around the business. “It is more likely [Musk] would ask Twitter’s creditors for a forbearance and try and work something out,” said one restructuring banker.

Musk’s personal equity investment in Twitter of about US$26 billion would be effectively wiped out in the event of a bankruptcy, alongside other equity stakeholders such as Sequoia Capital, Oracle co-founder Larry Ellison and Saudi prince Alwaleed bin Talal. In the queue for repayment, their investments would be behind the banks that have loans secured against Twitter’s assets, as well as the company’s unsecured lenders and trade creditors.

“I presume [Twitter] is not going to default on the debt as it is pretty cut and dry what that leads to,” said a banker whose bank holds a large chunk of the debt. He said discussions between the banks and Twitter’s management over the debt repayments were ongoing.

However, bankers say Musk could attempt to improve his position by acquiring Twitter’s debt cheaply, during or outside of a bankruptcy, and later converting it to equity if he turned the site into a profitable company in the future — although this would require a willingness by the banks to sell the debt to Musk at a discount, and means he would have to write yet another cheque for Twitter if he wanted to stay in control.

Negative sentiment around the future of Twitter since Musk took it over as well as higher interest rates have stymied the banks’ ability to offload the debt to investors. The banks’ large balance sheet exposure could put pressure on them to sell the debt to Musk, either in the event of a bankruptcy or out of court.

, but obviously he wields a lot of influence” source=”” /]

“Musk would be last in line [for repayment], but obviously he wields a lot of influence,” said one restructuring banker with knowledge of the Twitter deal, citing the lenders’ desire to stay on good terms with Musk. “The threat of bankruptcy may help him get concessions from creditors but an actual filing wouldn’t help him much.”

Some financial restructuring at Twitter is already being explored. Bankers are in discussions with Musk to replace about US$3 billion of expensive unsecured debt that has an interest rate of 11.75 per cent, with margin loans, backed by Musk’s stake in Tesla, according to two people close to the matter.

The banks have been stuck holding tens of billions of dollars worth of debt from other deals struck before last year’s sell-off in financial markets — but the Twitter deal stands out given its size and the pace at which the business has deteriorated.

Such a debt swap would hamper Musk’s financial flexibility. About 63 per cent of his existing Tesla shares are already pledged as collateral for loans, according to corporate filings. The company limits the amount of stock that its executives can pledge to 25 per cent of the value of a loan, meaning he could be forced to put up more of his holdings if Tesla stock continued to fall, leaving less to back future borrowing.

Meanwhile, with Tesla’s stock falling 65 per cent last year and Musk selling heavily, the value of his stake in the company has plunged to about US$50 billion, from US$170 billion when he offered to buy Twitter in April last year. That has left him with far less room to raise cash by collateralizing more shares. One alternative would be to exercise some of his stock options, though that would leave him with a large — and immediate — tax bill.

The biggest concern for Tesla investors has been if Twitter continues to bleed cash then Musk may have to sell more stock.

Musk, who was the world’s richest person until December following Tesla’s share price crash, put about US$26 billion into the Twitter deal, including his pre-existing 9.6 per cent stake in Twitter worth US$4 billion. Since late 2021 he has sold almost US$40 billion of shares in Tesla, partly to finance the Twitter acquisition.

He has since attempted to raise more money to fund its operations. Last month, his wealth manager, former Morgan Stanley banker Jared Birchall, offered existing equity investors a chance to increase their position at the same price they paid in November.

But Twitter’s value has sunk since Musk took it over. Fidelity, which owns a stake in the social media platform through a listed fund, has cut the value of its holding from US$19.7 million in October to US$8.6 million after Musk closed the deal.

Technology equity analyst Dan Ives at Wedbush Securities said that Twitter was worth closer to US$15 billion today than the US$44 billion Musk paid for it.

“That’s why no one is lining up to take on this debt, so the banks are holding it and ultimately they are betting on Musk to do what he did with SpaceX and Tesla,” said Ives, referring to turnarounds Musk orchestrated at each business.