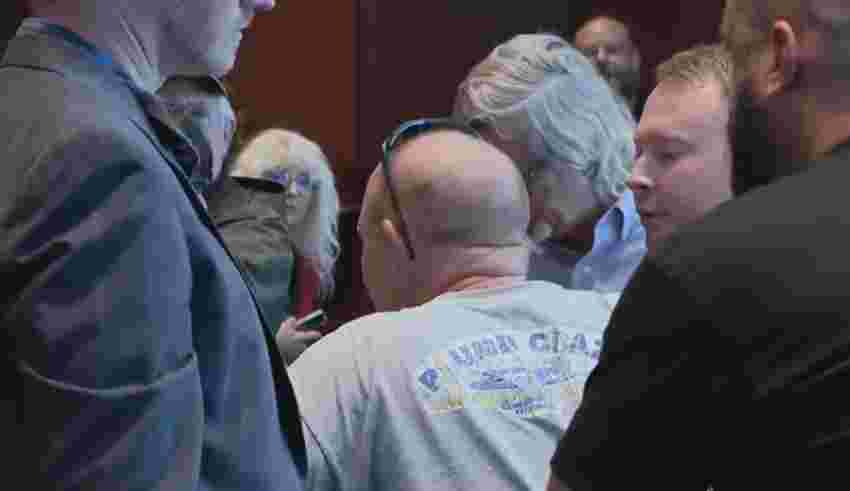 LEESBURG, VA – The Loudoun County, Virginia school board unanimously voted to fire Superintendent Scott Ziegler amid accusations that the district had attempted to cover up the rape of a female student in a school bathroom by a transgender student who – after being quietly transferred to another school – went on to rape a second student.

Last year, the “gender-fluid” boy – then 14 – entered a girl’s restroom in Stone Bridge High School on May 28, 2021 while reportedly wearing a skirt and forcibly raped a 14 year-old female student.

However, when Scott Smith, the girl’s father, confronted the school board with the allegations his daughter had made, they not only denied the incident had ever taken place, but they also controversially had the enraged father arrested and banned from future board meetings.

Smith later filed a lawsuit against LCPS in October 2021.

Mainstream press coverage of the incident was widely inaccurate, with multiple outlets playing down – or outright ignoring – the rape accusations in favor of falsely portraying it as an example of “angry conservatives” engaged in “culture wars” at school board meetings.

Despite that incident, Ziegler issued a statement denying the existence of the alleged “predator transgender student” and quietly transferred the boy to a different school in the district, where he raped yet another female student as well.

A grand jury report into the incidents released Monday accused Loudoun County Public Schools (LCPS) of failing “at every juncture,” prioritizing its own interests over the safety of its students, and a “stunning lack of openness, transparency and accountability, both to the public and to the special grand jury” about its response to the rapes.

The report also slammed Ziegler for his public denial of the initial rape, despite sending an email the very same day informing the school board about its occurrence. In addition, the now-former Superintendent – as well as the school district as a whole – were also accused of completely failing to take any steps whatsoever to prevent the second rape; the grand jury stated that while they found no evidence of a “coordinated cover-up” of the first incident, the second “could have and should have been prevented.”

“A remarkable lack of curiosity and adherence to operating in silos by LCPS administrators is ultimately to blame for the October 6 incident,” the report said. “LCPS bears the brunt of the blame.”