Home News Man Who Fled On Bicyclist In Brooksville, Captured In Tree; Had Glass Pipe With Residue Positive For Methamphetamine – The Published Reporter® 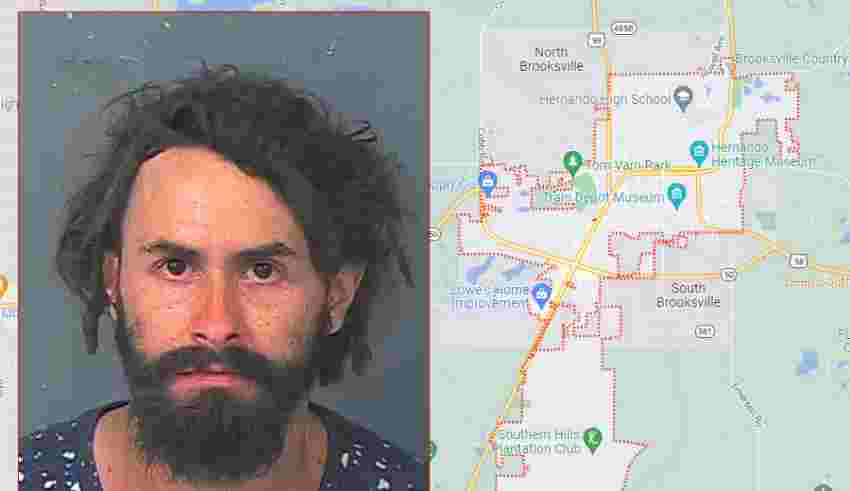 BROOKSVILLE, FL – On Thursday, December 1, 2022 at approximately 10:45 p.m., a Hernando County Sheriff’s deputy conducted a traffic stop on a man riding a bicycle in the area of Navy Drive and Twin Dolphin Drive in Brooksville.

The man gave a false name to the deputy before fleeing on his bicycle eastbound on Twin Dolphin Drive. The deputy lost sight of the suspect, later identified as 33 year-old Michael BoDor, in the area of the Holiday Inn located at 14112 Cortez Blvd.

The Aviation Unit and K-9 Unit were called in to track BoDor’s whereabouts. A short time later BoDor was located by the aviation unit hiding high up in a tree. BoDor climbed down the tree without further incident. BoDor was found in possession of a glass pipe with residue that tested positive for methamphetamine.

He was transported to the Hernando County Detention Center on charges of Fleeing to Elude Law Enforcement, Providing False Information to Law Enforcement, Possession of Drug Paraphernalia, and Resisting an Officer without Violence.

BoDor is being held at the detention on a no bond status due a previous Failure to Appear charge for Resisting an Officer without Violence and Trespass.

Jessica Mcfadyen is a journalist for independent news and media organizations in the United States. Mcfadyen primarily spends her time scouting social media for the latest Local, US and World News for The Published Reporter®. She also contributes to a variety of publications through involvement in the Society of Professional Journalists.