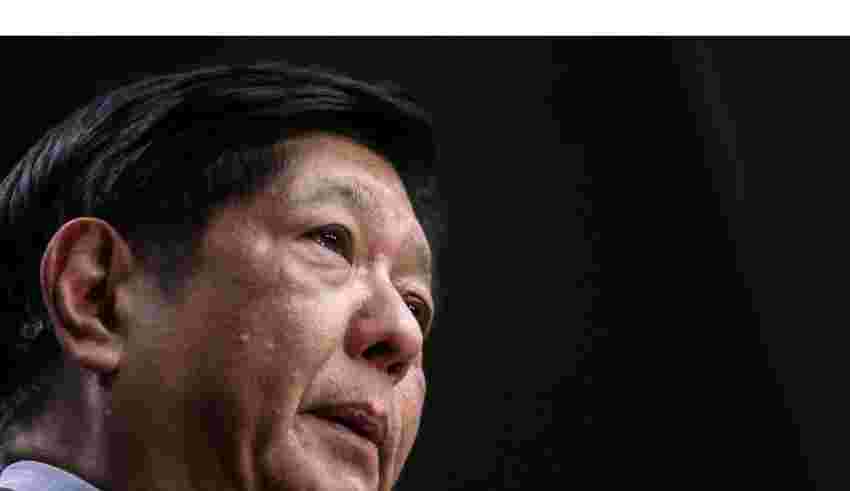 (Bloomberg) — Philippine President Ferdinand Marcos Jr. said his government expects to sign more than 10 agreements with China during his visit there starting Tuesday, as he seeks to shift the two nations’ ties to “higher gear.”

“I will be opening a new chapter in our comprehensive strategic cooperation with China,” Marcos said in a speech before departing for Beijing. He added that he will broaden ties with China on agriculture, energy, infrastructure and trade.

The trip is Marcos’s seventh overseas since he assumed office in June and comes amid renewed tensions between Manila and Beijing in the South China Sea. The Philippine defense department earlier ordered the military to strengthen presence in the South China Sea, after Bloomberg News reported China’s build up in several unoccupied land features. China’s foreign ministry has denied the report.

The Philippine leader also said he will discuss “political security issues” during his meeting with Chinese President Xi Jinping and will seek to resolve these issues with Beijing for the “mutual benefit” of the two nations.

Among the deals expected to be signed is a memorandum of understanding “on communication mechanism on maritime issues” and a “joint action plan on agricultural and fisheries cooperation,” Philippine Foreign Affairs spokesperson Teresita Daza said in a separate message to reporters Tuesday.

In his pre-departure address, Marcos also said he will invite Chinese tourists to return to the Philippines as China reopens its borders.