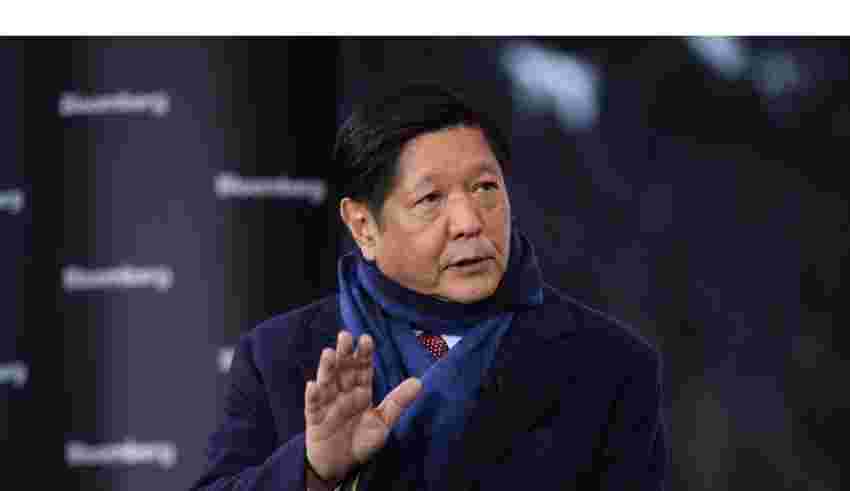 (Bloomberg) — Philippine economic growth will likely hold steady at around 7% this year, President Ferdinand Marcos Jr. said, crediting strong fundamentals that would help the nation post the fastest expansion in Asia amid a dimmer global outlook.

“There is so much space, room to grow, in the sense that we are starting very many new things now,” Marcos said in an interview with Bloomberg Television’s Haslinda Amin on the sidelines of the World Economic Forum in Davos, Switzerland.

The economy has been “rather stable” and unemployment is continuing to decline, he said. Marcos said the domestic economy “will be able to manage at least 7% growth for last year” and expand by a similar pace in 2023.

Marcos has faced numerous economic challenges in his first six months as the country’s leader, including tight public finances and rising borrowing costs. Soaring prices of essential goods from sugar to onions have driven inflation to a 14-year high and Marcos, who is also helming the agriculture department, has said farm production will be ramped up to rein imports and prices.

Like most in Southeast Asia, Marcos has sought to balance interests between US and China. He has tried to cooperate with China in agriculture and infrastructure and met with President Xi Jinping earlier this month, agreeing to pursue South China Sea energy exploration talks.

Tensions between Manila and Beijing in the disputed sea have risen recently, with the Southeast Asian nation expressing “great concern” over Chinese vessels massing off its western coast. China is building up several unoccupied land features in the South China Sea, Bloomberg News reported in December.