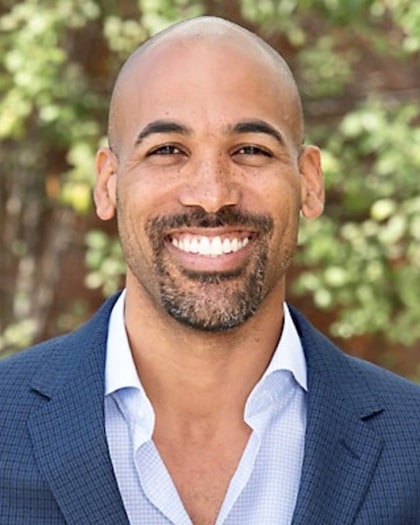 Melvin Robert is an Emmy, Golden Mike, and L.A. Press Club Award-winning journalist, who joined “Extra” as a Senior Correspondent and weekend co-host in 2022.

Robert was previously with Spectrum News 1 SoCal as a member of their original talent team, launching the network and introducing audiences to their unique brand of hyperlocal news. He served as co-anchor of “Your Morning on Spectrum News 1,” and host of “The SoCal Scene.” Known for his infectious energy, authenticity, and relatability, he is committed to expanding the consciousness of the human collective through the craft of storytelling. Robert’s work uplifts, inspires, and educates through his unique ability to connect with interview subjects and viewers.

While with Spectrum News 1, he covered some of the biggest local and national news stories, including the inauguration of President Joe Biden, the ongoing COVID-19 pandemic, and the 2020 civil unrest following the murder of George Floyd. Additionally, he covered the 2019 Los Angeles teachers’ strike, Saugus High School shooting in the Santa Clarita community, and the Ridgecrest earthquake. He also reported on the deaths of Rep. John Lewis, George H.W. Bush, Kobe and Gianna Bryant, and Nipsey Hussle; the SoCal wildfires; and the tragic Borderline Bar and Grill shooting. In 2022, he was awarded Broadcast Journalist of the Year at the 14th annual National Arts & Entertainment Awards, presented by the L.A. Press Club.

A Southern California native, Robert was born and raised in Inglewood. He is a graduate of Loyola High School of Los Angeles, and matriculated to Loyola Marymount University, where he earned his BA in English and MA in Educational Studies focused in Human Development and Counseling.

Prior to his career in television, he spent 11 years as a teacher, counselor, administrator, and consultant, serving a broad array of educational needs. Robert’s career in education led him to serve the needs of diverse populations, from at-risk and severely emotionally and psychologically challenged students to those learning the English-language, minority college students, and adults within the corporate sector.

A lover of people, song, dance, and the arts, he believes that life is more fulfilling when we choose to be happy and let that which we are most passionate about be our compass.

Melvin Robert is represented by Ken Lindner & Associates and the Katz Company.