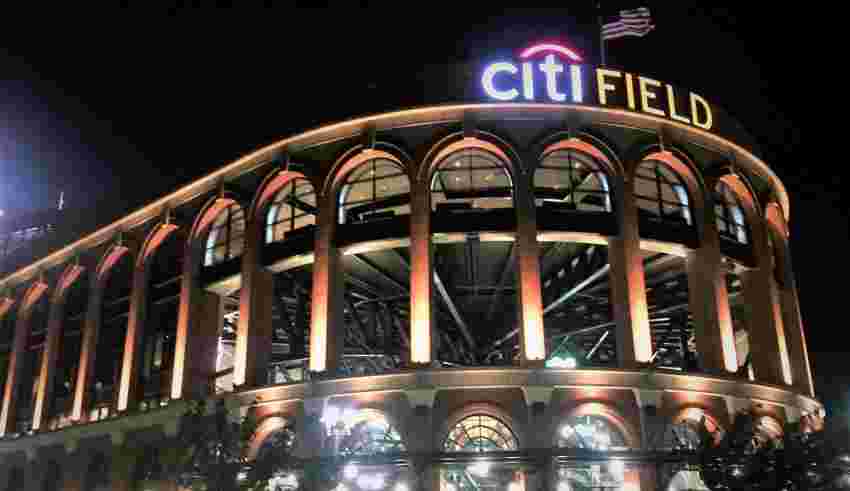 In a twist that would not feel out of place in a Hollywood movie script, Carlos Correa’s 13-year, $350 million move to the San Francisco Giants was torpedoed earlier this week. And within hours of the deal breaking down, New York Mets owner Steve Cohen swooped in and agreed on a new deal with the 28-year-old shortstop for 12 years, $315 million.

On December 13th, Correa had reportedly agreed to terms with the Giants on the second-largest free-agent contract in history. On December 19th the Giants undertook a pre-contract medical, which should have been just a formality. Press conference preparations were being finalised to officially unveil Correa as the Giants’ biggest signing in franchise history on December 20th. However, the press conference was postponed just hours before it was scheduled to begin. Concerns were raised regarding an issue highlighted during his medical. Details of the issue are unknown due to patient-doctor confidentiality laws, but rumours have surfaced that it related to an ankle injury sustained during Correa’s minor league career.

Whatever the issue and severity were, it was enough to give the Giants pause for reflection and try to renegotiate their original offer, but they didn’t act quickly enough. Correa’s representatives reached out to Mets owner Steve Cohen currently on holiday in Hawaii. Cohen saw an opportunity and wasn’t going to miss out on Correa twice. He did not hesitate and, before most of us had eaten our breakfast on December 21st, he had convinced Correa to join the Mets.

The Mets had been interested in Correa all Winter but had several pitching needs to address in the early part of the offseason. By the time they turned their sights to Correa, negotiations with the Giants were nearing completion.

Of course, this new deal is pending another medical with the Mets which is expected to be completed before Christmas. And, if all’s well, Correa will sign his new contract with the Mets before the end of the year. Every club has a different medical team with different front office directives, different standards and thresholds pertaining to the level of risk they are willing to take in terms of the contract itself, but also in terms of insurance for that contract. They are not straightforward and no two are alike, so it’s perfectly feasible that whatever spooked the Giants may hardly make the Mets blink twice. Correa’s agent, Scott Boras, recently informed reporters he’s confident the Mets’ medical report won’t be a problem and believes completion of the deal could even happen before Christmas.

Is signing Correa to a lucrative, lengthy contract a risk? Certainly. He has a history of injuries that resulted in long periods on the Injured List throughout his career. Is signing Correa worth the risk? Absolutely. There is no doubt that Correa is an elite talent and one of the best players in baseball that can make an instant impact on any team. Despite his chronicled injuries, Correa has produced consistently. Since 2015, he’s hit 155 home runs (ranked 5th) and 553 RBI (3rd), has a .357 OBP (T-3rd), .479 SLG (6th) and 39.5 WAR (1st) – ranked among qualified players who’ve had a minimum of 1000 plate appearances and 50% of games played at shortstop. The Mets had expressed needing another big bat to solidify their lineup, and Correa fulfils that need perfectly.

The Mets already have a superstar shortstop signed to a 10-year $341 million contract, so Correa will have to defer to Francisco Lindor and switch to third base, something he has openly declared he is happy to do. He played at the hot corner alongside his fellow countryman, Lindor, for Puerto Rico in the 2017 World Baseball Classic. The two friends paired up effectively on the left side of the infield, both earning selection to the All-Tournament team, as Puerto Rico advanced to the final before losing to Team USA.

Correa becomes the ninth free agent signed (or agreed terms with) by the New York Mets this offseason bringing their total spending to $806.2 million. The Mets’ tax payroll for 2023 alone is currently $384.3 million, blowing past the Competitive Balance Tax threshold set at $233 million – their penalty for exceeding that threshold? $111 million, which is the same amount as the league average payroll in the majors. Next year they will have 13 players earning more than $10 million, four players earning more than $25 million, and two players earning more than $40 million. Max Scherzer, Justin Verlander, Francisco Lindor and Carlos Correa combined will earn $146.7 million in 2023 – that’s more than the total payroll for 19 other major league ball clubs.

They’re dizzying numbers and it’s life-changing money to you, me and almost everyone else in the industry. But to a person worth $17 billion, it’s just loose change. Steve Cohen is a ruthless businessman, but baseball is just a plaything to him. He wants the Mets to win. He wants them to be the best and to showcase the best players, and he doesn’t care how much he has to pay to buy that.

In 1974, George Steinbrenner revolutionised baseball when he signed Catfish Hunter to a 5-year, $3.25 million contract for the New York Yankees. That deal essentially gave birth to the free-agent contract. From Reggie Jackson and Dave Winfield to Alex Rodriguez and CC Sabathia, no player was unattainable for the Yankees, and regardless of what other teams offered, Steinbrenner could better it. There was a time when you couldn’t outspend the Yankees and your only hope to sign a player was if the Yankees weren’t interested. If you didn’t love the Yankees, you loved to hate them. They’re still hated outside of New York, but perhaps a little less so now. The Yankees still have elite spending power – they just signed Aaron Judge to the largest-ever free-agent contract – but they can no longer outbid everyone else. If Steinbrenner gave birth to the free-agent market, then Cohen has strapped it to a rocket and blasted it into outer space.

Where does this leave the Giants?

The Giants’ aim this winter was clear – sign a marquee player, one of this year’s big-name players, to rebuild around and to be the face of their franchise for years to come. They failed. They missed out on Aaron Judge during the Winter Meetings, so pivoted to Correa, but have now missed out on him too. If they had performed Correa’s medical within 24 hours of agreeing terms, they might have had a chance to negotiate with Dansby Swanson. For whatever reason, they waited a week to do the medical and, in that time, Swanson agreed to sign for the Cubs. Now the Giants are licking their wounds and their fans will be feeling like the last kid standing who no one wants to pick.

Where they go from here is anyone’s guess, but they need to figure out their next move quickly. Brandon Crawford, their current shortstop, is 35 years old and was poor offensively in 2022. They need to find a long-term replacement for him, but there are few options remaining, and no marquee signings that fit their criteria. They can’t compete with San Diego Padres and LA Dodgers in 2023, so they may want to wait another year and make a big splash with one of next season’s free agents. Boston Red Sox’s third baseman Rafael Devers could be a possibility if he doesn’t extend his contract. Manny Machado can opt out of his current deal with San Diego Padres after 2023. The Padres have three natural shortstops tied into long contracts, including Machado, who currently plays third base, so he could be enticed to leave the Padres and revert to shortstop.

Or could the Giants go all in for Shohei Ohtani? Ohtani is widely regarded as the best player in baseball, a two-way player and a true unicorn in every way. He’s one of the best pitchers in the game and one of the best hitters…oh and he does both at the same time. There is no one else like him on the planet. It’s a 2-for-1 deal in Ohtani, so whoever signs him will have to take the record book of contracts, put it through a shredder and then incinerate the shreds because it will take a mind-blowing, earth-shattering deal to land ‘Sho-Time’. Do the Giants have the financial clout to pull it off? Yes. But Steve Cohen has even bigger clout, and if there’s one thing we’ve learned this offseason, it’s that whatever Cohen wants he gets.

For all that’s been said and written, the Mets, under Steve Cohen, haven’t won anything yet. 2023 will undoubtedly be their best opportunity in decades to win and they have one of the game’s great managers in Buck Showalter at the helm to manage a clubhouse full of superstars and big personalities. Showalter has the second-highest number of wins in MLB history (1652) without a World Series win. He’ll be loving his chances now with the team his owner has built for him.

It takes more than individual superstars and a great manager to win a World Series, you also need a sprinkling of good luck. Yet after everything that has happened, you can’t help but feel that if the Mets aren’t the last team standing next Fall, it would have been money well wasted. 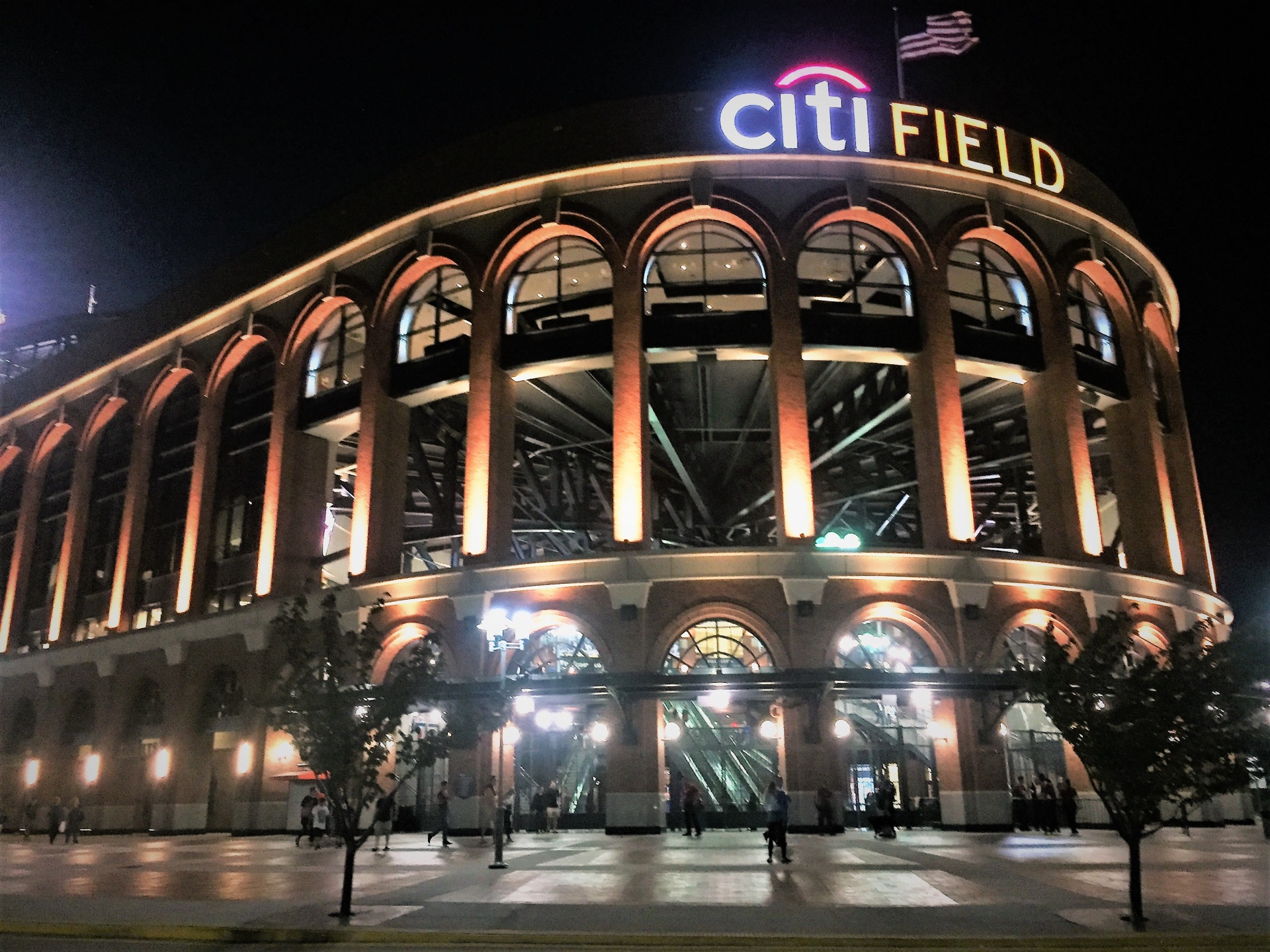