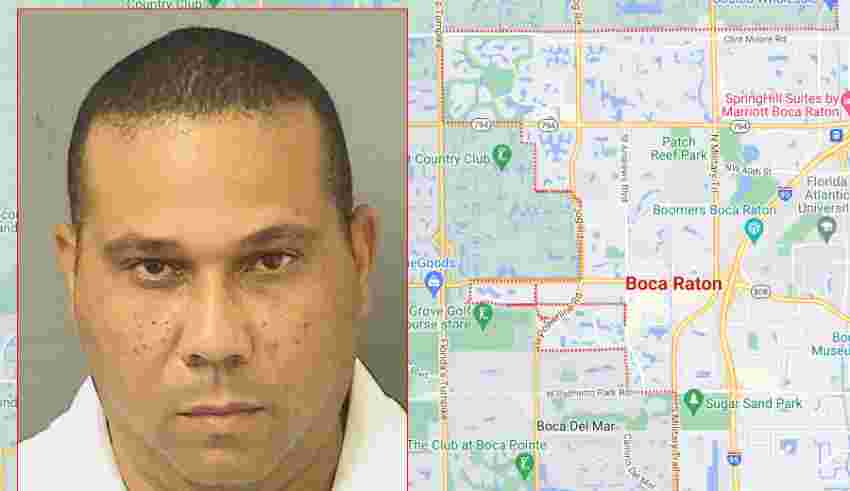 BOCA RATON, FL – On Friday, December 2, 2022, between 12:30 pm and 1:30 pm, Palm Beach County Sheriff’s deputies responded to a vehicle stopped at a stop light in the westbound lanes of Glades Road east of the turnpike. Upon arrival, deputies learned from a witness, a few vehicles behind, that the driver and victim stepped out of his vehicle and collapsed in the roadway with his truck still in drive which rolled forward and came to rest in the median.

According to authorities, the witness neither saw nor heard any altercations or gunshots prior to the victim collapsing in the roadway howver, the man appeared to be suffering from a gunshot wounds and was transported to a local hospital where he was listed in critical condition.

After further investigation, the suspect, 42 year-old Eddys Faraminan, of Miami, was believed to be the shooter in the incident. An arrest warrant was obtained on Decenber 6, for one-count of attempted first degree murder with a firearm.

On Thursday, December 08, Palm Beach County Sheriff’s detectives apprehended Faraminan in Miami Gardens. He was transported to Palm Beach County Jail and booked on homicide – murder first degree premeditated. The victim is expected to survive. His name was withheld due to Marsy’s Law.