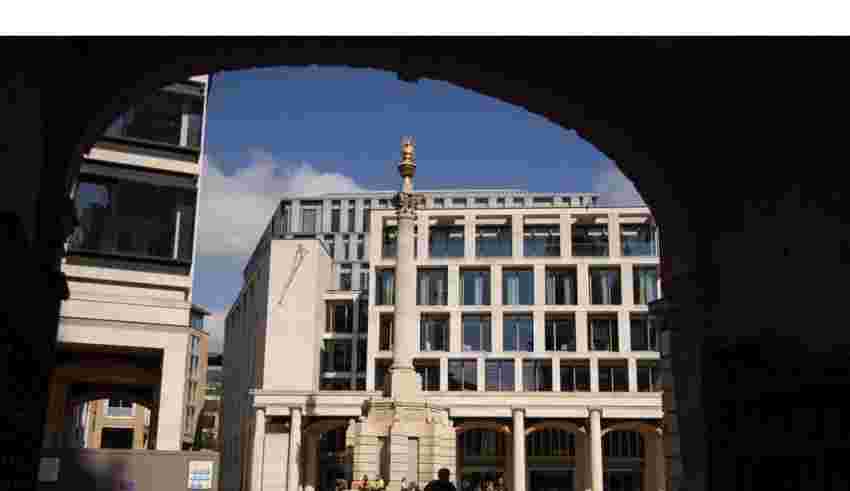 (Bloomberg) — Microsoft Corp. has agreed to buy a stake in the London Stock Exchange Group Plc that will give the software company a 4% equity holding, a deal that underlines the pivotal position data, analytics and technology play in increasingly computerized financial markets.

Microsoft will acquire the shares as part of a new long-term strategic partnership that will see it provide cloud computing services to the exchange, LSEG said in a statement on Monday. At Friday’s closing price, a 4% stake in the bourse was valued at around £1.6 billion ($2 billion).

The stake is part of a broader, 10-year agreement to help the London Stock Exchange owner improve its data analytics and cloud infrastructure using Microsoft’s products. Scott Guthrie, Microsoft’s executive vice president for cloud and artificial intelligence, will be appointed as a director.

The agreement is the latest sign of surging demand from investors for information that gives them an edge in increasingly fast electronic markets. Global spending on financial market data and news rose 7.4% to a record $35.6 billion in 2021, according to an April report by Burton-Taylor International Consulting.

“We will be generating meaningful revenue growth in the coming years by accessing new products and enhancing our existing product capabilities,” LSEG Chief Executive Officer David Schwimmer said in a phone interview.

Microsoft will buy its stake from a consortium made up of Blackstone, Thomson Reuters Corp. and affiliates of the Canada Pension Plan Investment Board and Singapore’s GIC,  according to the statement. Shares in LSEG rose 3.8% at 10:01 a.m. in London.

The deal underlines LSEG’s increasing focus on data and analytics. The company completed a $27 billion purchase of Refinitiv last year, kicking off a new era where the majority of its revenues come from data. The parent company of Bloomberg News competes with Refinitiv to provide financial news, data and information.

The agreement is expected to cost LSEG between £250 million ($306 million) to £300 million between 2023 and 2025, including about £100 million in capital spending. The group said it has made a contractual commitment with Microsoft to spend a minimum of $2.8 billion on cloud-related services and support over the next 10 years.

Additional spending depends on the “success of the strategic partnership” and demand for LSEG’s data platform and professional services, according to the UK firm. Microsoft estimated in a separate statement that the “partnership, and broader market opportunity, could generate an additional $5 billion in revenue for the company over the next 10 years.”

Under the arrangement, LSEG’s data platform and other key technology infrastructure will migrate to Microsoft’s Azure cloud environment while its data and analytics will interface with certain Microsoft applications.

It’s not the first time Microsoft has struck a deal alongside unveiling a sizeable cloud deal. In 2018, it invested in Grab, with the ride-hailing firm agreeing to adopt Azure as its preferred cloud platform.

These cross-selling deals don’t always end in success. In 2012, the US tech firm spent $300 million in a stake in then struggling bookseller Barnes & Noble’s e-book division Nook.

As part of the deal, Barnes & Noble agreed to make e-reading content for Microsoft. Two years later, Barnes & Noble bought out Microsoft’s stake for about $125 million, after Nook struggled to win over customers.