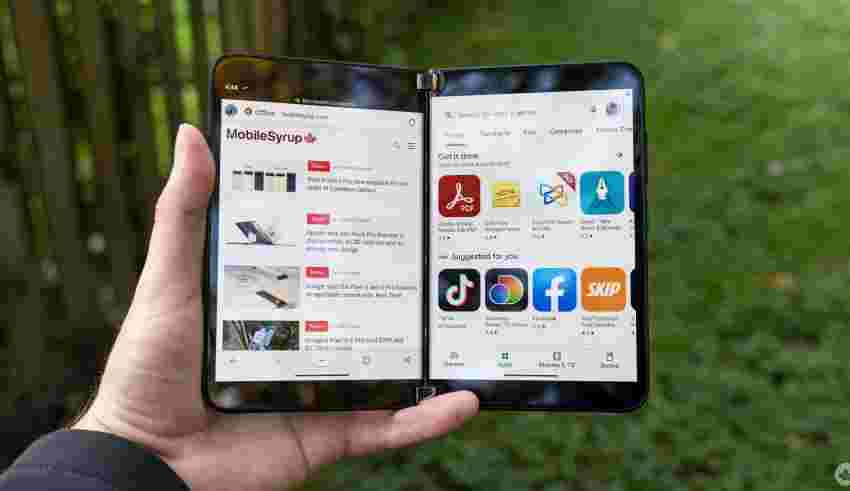 If that sounds familiar, it’s because we’ve seen this all play out before. Back in September, rumours suggested Microsoft had discontinued the Surface Duo 2 but the company said the Duo 2 was out of stock due to “supply constraints.” Moreover, Microsoft definitively said the Duo 2 hadn’t been discontinued and that the company would “continue to update and to innovate on this form factor.”

Fast forward a few months and Windows Central is back with reports that the Duo 2 is running out of stock in multiple regions. In Canada, the Surface Duo 2 page listes the device as “currently not available,” and the ‘Build your device’ button is greyed out. However, there’s another ‘Build your device’ link on the page that, when clicked, goes to a blank page that says “this product currently has no configurations available.” (Back in September, the ‘Glacier’ variant of the Duo 2 was in stock and discounted by $600).

Microsoft offered the following statement to Windows Central when questioned about the lack of Duo 2 availability:

“We are aware supply is currently falling short of demand in several markets. While we do not have inventory information to share at present, Surface Duo remains an important part of the Surface portfolio.”

Windows Central also noted that Microsoft wouldn’t confirm if it ended production for the Surface Duo 2. However, it certainly appears like Microsoft stopped production given the device isn’t available in several regions. Plus, the Duo 2 is over a year old now, likely making it a tougher sell to those looking for a foldable phone.

Alongside Microsoft’s statement that Duo is still an important part of the Surface family, Windows Central noted that its sources confirmed Microsoft is working on a “third generation” Surface phone running on Android. Unfortunately that was all that was shared about the new Surface phone.

While intriguing, I won’t be getting my hopes up about a new Surface phone just yet. Microsoft has a history of working on new products that never see release. For example, in July 2022, images of an unreleased mid-range Surface Duo emerged online. And need I mention the Surface Neo?