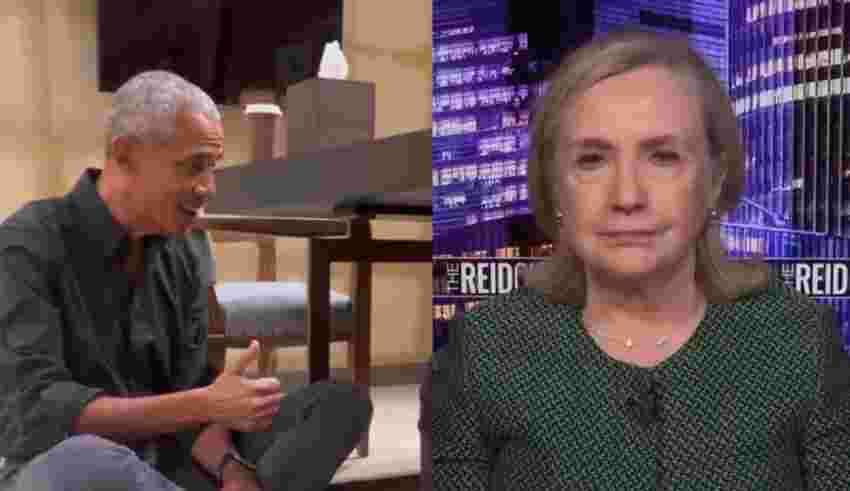 PORTSMOUTH, OH –  With the exception of the recent midterm speech of poisonous propaganda, the lapdog is being relegated to the corner. “Joe, go lay down! And stay off the furniture.”

The economy is an absolute mess and the duo of deception is trying to do damage control. Oh, it’s because they are so well-liked by the citizens of wokeness and cluelessness. Well, where’s slick Willy? Why wasn’t Bill Clinton invited to the shindig of disgrace?

They’re back. Huh? They never left. Barack Obama and Hillary Clinton will not leave the West Wing until a Republican is in the White House. These old political geezers will never give up power and prestige. Like Scrooge McDuck counting his gold and silver in the basement, they have more than enough treasure – it’s not about money. The King and Queen of Narcissism want to rule the nation by pulling the strings behind the curtain – until they have to pretend and prance around town due to Biden’s low approval ratings. Pathetic, isn’t it.

Buckle your seatbelt for the oncoming cringe factor.

“Former President Barack Obama has officially joined the ranks of Democrats who are using TikTok personalities to promote their agenda,” reports Fox News.

In a last-minute get-out-the-vote effort, Obama was featured in a TikTok video with content creator Vitus Spehar on Monday. Spehar, who goes by “V,” is the host of “Under The Desk News,” a TikTok show that “offers 60 second daily wrap ups of current events, political analysis, and special interest stories ‘explained.’”

“Here’s the thing: you can stay [under my desk] for now, but when it comes time for voting you’re going to have to get up,” Obama said.

Can anyone say, “Cheesy.”

Libs of TikTok tweeted in response and showed the cheesy video.

Reminds me of something VP Kamala Harris would do and be proud of it. Cheesy deluxe.

Alas, hypocrite Hillary will never miss an opportunity to bash Trump and MAGA supporters. It’s her mission in the remaining years of life.

Clinton appeared on ‘The ReidOut,’ where she used fearmongering to frighten senior citizens by claiming “Social Security and Medicare are under threat.”

Why didn’t haughty Hillary claim the earth is flat and we’re all going to fall into the sea unless Democrats win in the midterm election? Or the sky will fall if Republicans win? Oh, her Chicken Little costume is in her suitcase should she need it to further the fearmongering.

In the meantime, Joe and Jill are enjoying a vacation in la-la land.