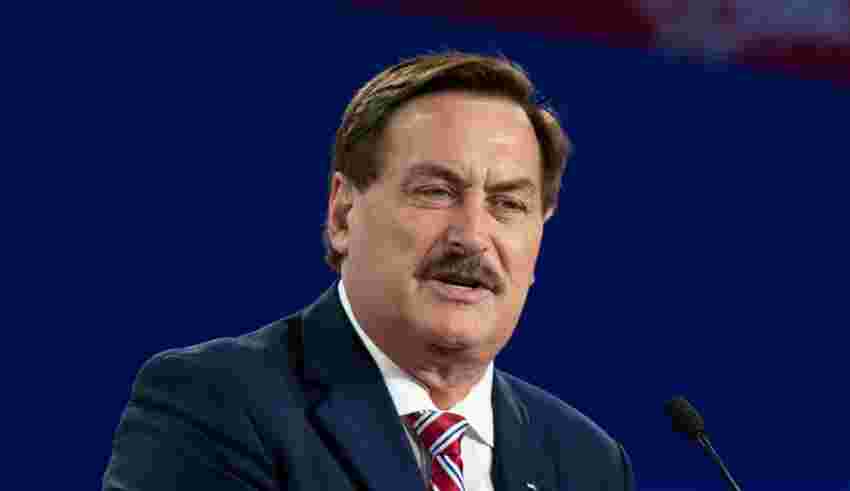 MIAMI, FL – MyPillow CEO Mike Lindell has been a popular figure among deniers of the outcome of the 2020 presidential election for his efforts over the course of the last two years to overturn its results – albeit very unsuccessfully – but he is now experiencing significant blowback from right-wingers over his new crusade- questioning the overwhelming reelection victory of Florida Governor Ron DeSantis.

DeSantis crushed his Democratic opponent and succeeded in his re-election bid with a massive lead of 20 points – over 1.5 million votes – during the November election, and is now being hailed by many as the GOP’s frontrunner for a run for the White House in 2024, with many siding with him even over former President Donald Trump.

However, Lindell – a loyal Trump ally – pushed a conspiracy theory while being interviewed on Lindell TV on his Frank Speech website Tuesday, claiming that DeSantis’ victory in Miami-Dade County is questionable and is pushing to conduct a full audit of the voting results.

“I don’t believe it,” he said. “So it’s just going to show everybody – just like we always tell you about Democrats where they stole their elections…I’m going to find out if Dade County – what happened there.”

The reason Lindell is calling for an audit of Miami-Dade’s voting results, according to Lindell TV co-host Brannon Howse, is because the county typically votes democratic and GOP victories within its borders are relatively rare.

But thus far, Lindell has been unable to produce any legitimate proof to back up his claims of potential voter fraud propelling DeSantis to victory, leading to blowback from segments of the right-wing community that had previously supported him, including former Newsmax TV host John Cardillo.

“Lindell needs to go away,” he said. “He’s being interviewed by a guy he funds, on his own network, spewing lunatic conspiracy theories. DeSantis did well in FL because he did an amazing job for FL. Lindell’s BS is pathetic, and he should stop listening to grifters using him for $$$.”

RedState editor Joe Cunningham mocked Lindell on Twitter, saying, “I mean, DeSantis’ victory margins are just as insane as THIS AMAZING NEW DEAL ON MYPILLOW IF YOU GO TO MYPILLOW DOT COM AND…”

Lindell responded to the criticism on Lindell TV on Wednesday, stating that “I don’t care” and that he would press on with his investigation – which he said could take two weeks – to see if there were any “deviations” amongst the electronic voting machines used in Florida.

“I am investigating the machines,” he said, raising his voice. “They don’t care if you are a Democrat or a Republican.”

While DeSantis has proven a popular figure in the GOP community, some conservatives – including long-time Trump adviser and friend Roger Stone – are slamming the Florida Governor for his perceived disloyalty to the 45th president over his rumored aspirations of a White House run in 2024.

“Ron DeSantis became governor solely because of Donald Trump. He was an unknown congressman,” Stone said on Wednesday, adding that, “[DeSantis] would be working at a Dairy Queen right now” without Trump’s endorsement.